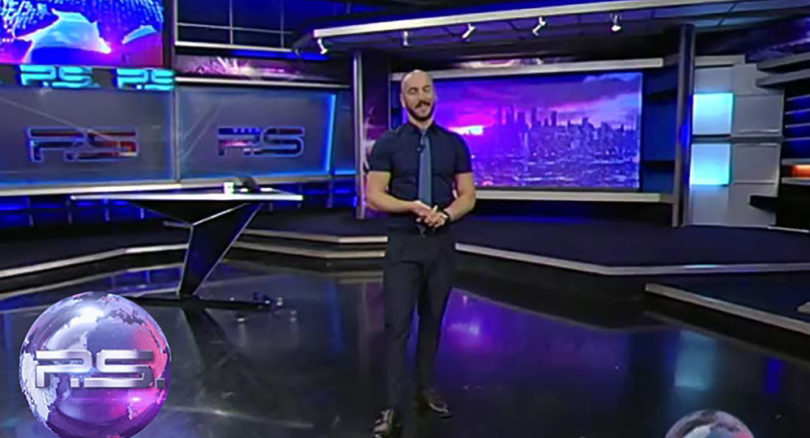 An expletive-ridden rant by a Georgian TV host, who switched to Russian to hurl vulgarities at President Vladimir Putin and his late parents, has drawn a massive backlash, forcing officials to go into damage control.

The host of an opinion show on Georgia’s opposition Rustavi 2 TV broadcaster began his Sunday program by addressing Putin in Russian. For nearly a minute, Georgiy Gabuniya used expletives in Russian, including making foul references to Putin’s late parents, before finally expressing his desire to “sh*t on [Putin’s] grave.” In the tirade, Gabuniya referred to Putin as an“invader,”and to Russians as“slaves.”

The expletive-drenched diatribe used nearly every curse word in Russian, in which even the F-word seemed moderate compared to the more vulgar phrases he employed.

Despite the two countries’ enmity, the stunt wasn’t taken well in either Russia or Georgia, where a crowd of agitated protesters flocked to the channel’s Tbilisi headquarters, chanting slogans and demanding the host be fired. The station was soon forced to go off-air, citing security concerns. It resumed broadcasting on Monday morning.

With the situation getting more heated by the hour, the Georgian leadership entered damage-control mode, denouncing Gabuniya for “fomenting instability.” Georgian President Salome Zurabishvili, who has previously called Russia an “enemy and occupier” herself, wrote on Facebook that she “unequivocally condemns hate speech, verbal aggression, insults and provocative statements”, which have nothing to do with patriotism.

Patriotism is something else, you don’t defend the country’s interests with aggression, destabilization and disorder.

PM Mamuka Bakhtadze called the incident “a disgusting act of provocation and an attempt to destabilize our country.”

Similar outrage bubbled online with commentators calling Gabuniya an “idiot,” and his station a “trash heap.” Multiple indignant messages came from prominent industry professionals, many of them of Georgian origin. “Gabuniya, this isn’t journalism, or courage, or the Georgian way, or the human way… not to mention love for your country,” Georgian journalist Zurab Dvali wrote.

Rustavi 2 itself was initially unapologetic for the vulgar rant, with its top executive saying only that he would have worded it shorter. But with protesters gathering at its doors, the channel finally issued a semi-apology, denouncing “the form of expression,” and then using the same statement to bemoan “the attacks and threats made by the Georgian authorities in response” to Gabuniya’s escapade.

Rustavi 2 and the protests in Georgia

Rustavi 2 is Georgia’s biggest privately owned broadcasting company. Launched in 1994, it became main media platform behind the 2003 Rose Revolution in Georgia that propelled former President Mikhail Saakashvili to power. While Saakashvili is not officially among the channel’s owners, it has long been speculated that he retains leverage over its policies.

During a recent wave of anti-Russian protests that rocked Tbilisi after a Russian MP opened an inter-parliamentary session in the Georgian parliament from the speaker’s seat, Rustavi 2 supported the unrest, while accusing the Georgian authorities of wanting to shut it down. The protests spiraled into violence, and saw thousands of demonstrators attempt to storm the parliament building. Over 300 were arrested and dozens were injured in the scuffles with police.

Georgian-Russian relations have been heavily strained since the 2008 war when Russian troops intervened to defend the breakaway regions of South Ossetia and Abkhazia from Tbilisi’s aggression, subsequently recognizing them as independent countries. The countries’ ties suffered another low point during the recent protests, with Zurabishvili blaming the Russian “fifth column” for “dividing the country”and causing “internal strife.” Russia fired back, accusing Georgian politicians of inciting the unrest. Apart from trading verbal blows, Moscow has banned Russian airlines from taking passengers to Georgia, which was a popular tourist destination.