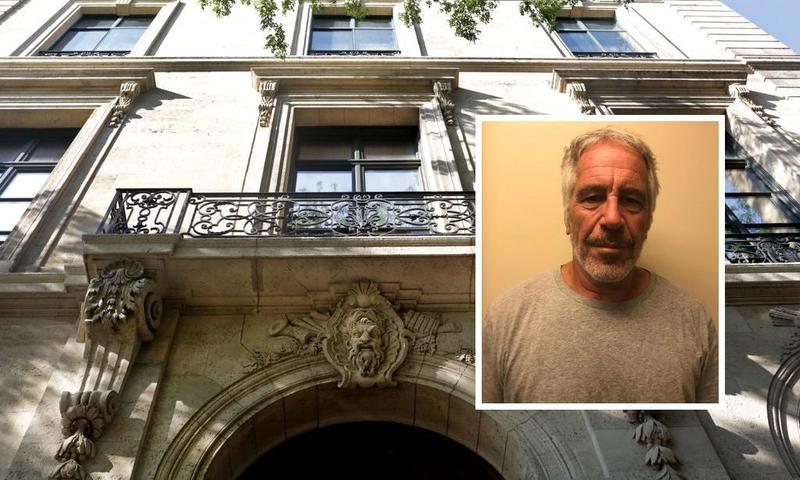 FBI agents who cracked open a safe in Jeffrey Epstein’s Manhattan mansion discovered “piles of cash,” dozens of diamonds and an expired passport from the 1980s under a different name that listed his residence as Saudi Arabia, according to the Daily Beast – which notes that it is unclear whether this is the same safe that contained nude or semi-nude photographs believed to be of underage girls.

It’s also a different safe than the one allegedly in an ‘off-limits’ room on his private island in the Caribbean.

Federal prosecutors revealed the findings during a Monday bail hearing, for which US District Judge Richard Berman said he would announce a ruling on Thursday. Some of Epstein’s accusers were present during the courtroom session to oppose his request for release on house arrest pending trial for sex-trafficking underage girls. Both federal prosecutors and a federal probation office have recommended against letting Epstein out on bail, suggesting that he is a flight risk who should remain detained.

Monday’s hearing follows a flurry of filings in which Epstein’s defense team and federal prosecutors dueled over whether the filthy-rich money manager would go on the lam if he was released.

The government argued that Epstein’s international connections and wealth—estimated at more than $500 million in a court document—meant it would be easy for him to get beyond the arm of the law.

Even if he didn’t turn fugitive, prosecutors argued, Epstein has a history of witness-tampering, including wiring $350,000 late last year to two alleged accomplices after the Miami Herald published its expose on his Florida plea deal. –Daily Beast

Epstein’s attorneys have offered up a bail package which would allow the registered sex-offender and self-admitted pedophile to hang out at his palacial 21,000 sqft, $77 million 1930s Manhattan mansion while wearing a GPS monitoring device. He would also install surveillance cameras inside and out and deregister his cars and aircraft if released on bail “in an amount set by the court after reviewing additional information regarding Mr. Epstein’s finances,” according to the Daily Mail.

Prosecutors say Epstein’s mansion “provides no value whatsoever” as collateral, “because the defendant would thus be likely to lose that property following a conviction.”

The government similarly noted that Epstein’s offer to put his Gulfstream jet up for collateral is bogus, as the financier “recently sold a second plane and thus presumably has cash on hand to replace the posted aircraft without difficulty if need be.”

The wealthy financier’s lawyers have also argued that he’s protected under the terms of a 2008 immunity deal, writing “In essence, the government seeks to remand a self-made New York native and lifelong American resident based on dated allegations for which he was already convicted and punished – conduct the relitigation of which is barred by a prior federal nonprosecution agreement.”

More than a decade ago, authorities in Florida investigated Epstein for the very same thing, but U.S. Attorney Alex Acosta signed off on a sweetheart deal that allowed him to plead guilty to a state prostitution charge. He served 13 months of an 18-month-sentence in jail, while being allowed to leave for several hours during the day on work release.

The Miami Herald investigation of that plea deal, along with lawsuits by accusers, helped amp up the pressure on Epstein, and the U.S. Attorney in Manhattan launched a new probe, which culminated in an indictment and arrest warrant earlier this month. –Daily Beast

Meanwhile, prosecutors have left the door open to a superseding indictment which could contain more charges – or add alleged accomplices as co-defendants, according to the Beast.

Although the indictment details alleged crimes against just three girls between 2002 and 2005, other accusers have come forward since Epstein’s arrest—in New York and New Mexico, where he owns a spread of land called the Zorro Ranch.

Epstein also owns a private island in the Caribbean and a lavish estate in Palm Beach, a fleet of cars and a private jet that has hosted former President Bill Clinton, actor Kevin Spacey, Prince Andrew, and lawyer Alan Dershowitz.

Two of Epstein’s accusers have said in court papers that Dershowitz was aware of and even took part in the sex with minors—which he has vigorously denied. Clinton put out a statement last week distancing himself from Epstein, but failed to mention at least one dinner they attended. –Daily Beast

Epstein’s 2008 ‘sweetheart’ deal has already claimed one casualty – former Labor Secretary Alexander Acosta, who was forced to step down last week following national outrage over his actions in the case.