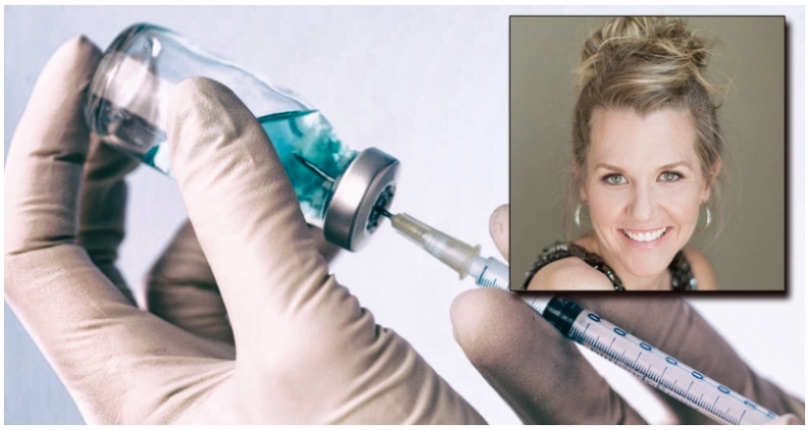 Chiropractor ordered to pay $10,000 per year for 10 years for committing thought crime

A Canadian medical committee has ordered a chiropractor to pay $100,000 for sharing “anti-vaccine” views on social media.

The ruling, publicized Thursday, orders Dr. Dena Churchill of Halifax to pay the Nova Scotia College of Chiropractors for “professional misconduct” after she shared “her personal views that vaccinations could be harmful.”

“Dr. Churchill’s conduct brought the profession of chiropractic into disrepute,” the committee wrote.

The college maintained social media posts Dr. Churchill made in 2018 were an “egregious breach” of the national chiropractic association’s guidelines, which reportedly order chiropractors “not to discuss vaccines in any capacity,” according to the CBC.

“Dr. Churchill was responsible for social media posts outside her scope of practice which were harmful to the public,” the committee wrote, noting she was defiant of regulators and refused to delete certain posts.

“Dr. Churchill maintained significant social media activity which is outside the scope of practice of chiropractic in Nova Scotia despite direct instruction to stop. That is egregious conduct.”

The committee also noted that Dr. Churchill refused to bend to pressure, maintaining, “Her personal views are her personal views,” and that she “does not retreat from those views” that vaccines can cause harm.

“The entire matter could have been avoided if Dr. Churchill deleted offending posts from her social media account, the committee admits, adding, “She refused.”

“Dr. Churchill has been found guilty of the charges that have been filed against her,” the Hearing Committee wrote.

After taking her finances and health into consideration, the committee decided to allow Dr. Churchill to pay $100,000 over the course of 10 years, maintaining that if she didn’t pay “at least a total of $30,000 by January 2, 2022,” she’d have to pay the total in full.

“My sincere hope is that my example will awaken more of the public to the control and manipulation of the medical industrial complex,” she wrote.

“[T]he article is perfectly correct in that I have no remorse and I would do it all over again if I had the opportunity,” said Dr. Churchill.

“VACCINES ARE DANGEROUS educated people know this if they study the research. ‘Anti’ is a word used to divide the population, I’d encourage you to BE VACCINE INFORMED.”

“Silencing us doctors in any discipline is against the charter of rights and freedoms,” she added. “And to silence us when we are trying to relate dangers to public based on research is criminal!”

Dr. Churchill did not immediately respond to Infowars’ request for comment.

Dr. Churchill did not immediately respond to Infowars’ request for comment.