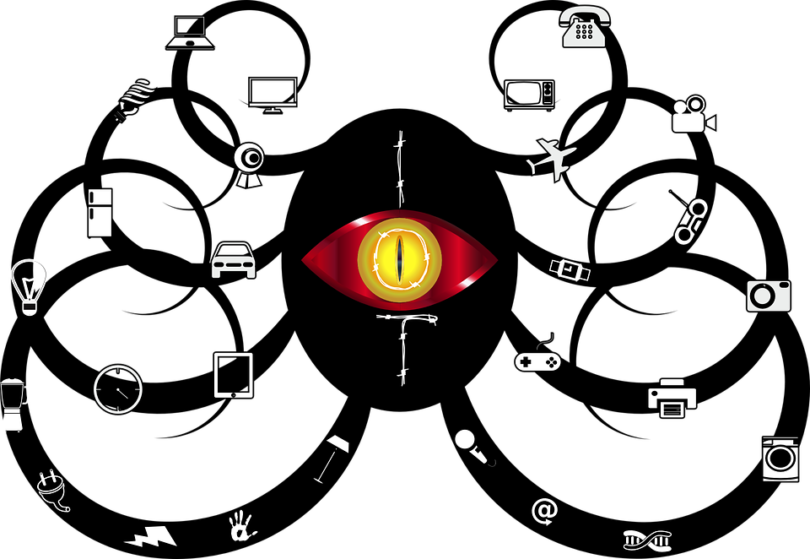 Most opponents of 5G and artificial intelligence maintain that EMF radiation and surveillance are the biggest dangers this much-touted “fourth industrial revolution” presents to humanity. But if you plunge a little deeper down the rabbit hole you will find that the entire cybernetics revolution is mainly concerned with mass mind control, counter-revolution and the Luciferian destruction of your soul.

Take a closer look at the language ushered in by the computer age and some clues will become apparent. Language is important as grammar and rhetoric are two of the seven sacred sciences which the Freemason death cult uses to control humanity for their Project Monarch royal bosses, who themselves received this secret human manipulation knowledge from the Nephilim fallen angels.

The first phase of the computer revolution involved “programmers”. This word takes on a whole new meaning when you realize that the Nazi-abetting IBM worked closely with the US military (which absorbed Nazi eugenics ideology into its ranks via Project Paper Clip after WWII) to develop computers. In other words the Pentagon are the programmers.

The military then developed IP addresses and assigned “domain names” where certain military and commercial actors were given dominion over information monopolies. Next, the Internet or Worldwide Web was developed by DARPA (Defense Advance Research Projects Administration) as part of the new signals intelligence operation wing of the Pentagon’s command and control structure. Interestingly, the programming of computers requires certain “commands”.

DARPA went on to develop LifeLog, which Wired magazine called, “an ambitious effort to build a database tracking a person’s entire existence”. In February 2004, DARPA quietly ceased development efforts on LifeLog. Not coincidentally, that very same day Mark Zuckerberg announced the launch of Facebook. Interestingly, Sony has now reintroduced a LifeLog app on its phones.

In 2005, Facebook received its main startup investment from In-Q-Tel, which is the CIA’s investment capital arm. Meanwhile DARPA was busy funding research at the Stanford Research Institute (SRI) that would would eventually become Google. Shortly after WWII, SRI had become the epicenter of computer research for the Pentagon, and it was out of SRI that Silicon Valley was born. James Corbett (https://www.corbettreport.com/) has done an excellent video on the subject titled, “The Secrets of Silicon Valley…”

According to another video that has recently been circulated by American Intelligence Media (https://aim4truth.org/2019/07/02/former-lover-exposes-eric-schmidt/), Google started out at DARPA as Mimix. This name is particularly creepy because the more people use the same Google search engine the more they seem to become mimics of the DARPA programmers, creating a sort of hive mind group-think which DARPA called “birds of a feather”.

If I were a member of the global Nephilim bloodline families and wanted to end all resistance to my hegemony, which in recent times has become rather intense precisely and ironically due to their Internet weapon which has successfully turned on them, how would I want my military wing to handle the resistance?

How about electronic commands by remote control? A sort of fly-by wire connection to the human brain via Intel’s “aggressive remote control” chips. The control would involve the gathering of each individual’s personal data and the introduction of a surveillance state via the Crown’s SERCO 5G operation.

The command would involve the DARPA programmers issuing a set of subtle marching orders to computer users, first by snuffing out and de-platforming truth and calling it “fake news”, then by supplanting truth with fuzzy non-controversial consensus-driven memes to render potential resisters docile while portraying the actual resisters as enemies of society who should be isolated via hive mind peer pressure. Add fake left and right camps to create the illusion of a divided hive mind for good measure, stir frequently, and bake at 60 GHz.

The term “search engine” is also interesting. When you look at a map or try to find something in a book, you are looking or finding, not searching. A search connotes a more sacred journey. So could it be that each time we use a search engine we are actually being initiated into a Luciferian left brain disinformation cult that shuts down our empathy and closes our love chakra?

“Upgraded” software allows the algorithms to slowly assimilate humanity into machines and “upgraded” wetware (humans) is soon to follow now that we associate that word with progress. The bait for this assimilation is “connectivity”, which plays on the very human emotion to want to be closer to family and friends. What it means for the DARPA programmers is to increasingly isolate you from other humans while “connecting” you instead with the Archon-inspired electronic command and control matrix.

While 5G must indeed be stopped, this process of counter-revolutionary transhumanism via inverted Luciferian wordplay (rhetoric) has been going on since the advent of computers. Before that it was television. And before that other media. “Media” is simply a black magic medium between you and the truth. Before the word “media” was marched out, this witchcraft was simply called propaganda.

Language is important. When you learn to deconstruct it you develop discernment. Cern was the name of one of the fallen angels. The modern-day CERN is being used to open portals to an Archon dimension that all Google search engine users are being unwittingly exposed to via Google’s cubit quantum computer – the world’s most powerful. That’s why discernment is so important. It will be the key to coming out of this digital insane asylum intact.