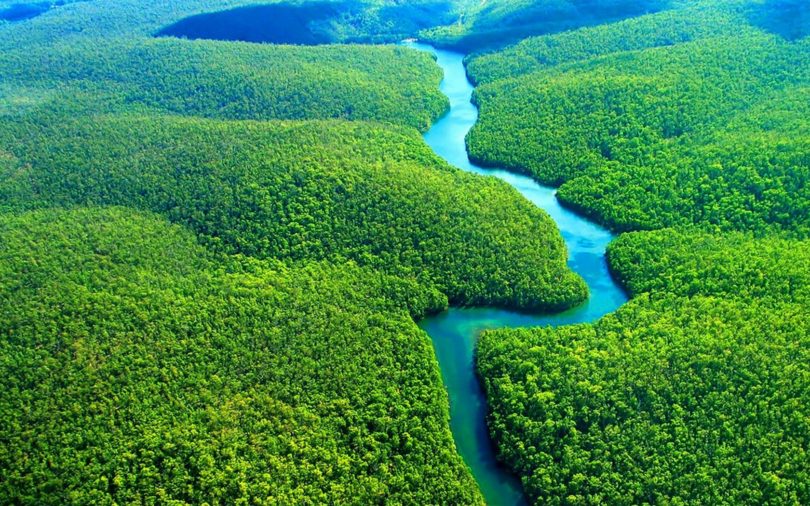 The corrupt Brazilian government installed by Washington has decided to destroy the Amazon Rain Forest. This will adversely affect the Earth’s climate by eliminating a massive carbon sink.

The beneficiaries of the destruction of the rain forest are the timber loggers who are buddies with Brazilian president Jair Bolsonaro, environmental minister Ricardo Salles, and farming lobbyist Tereza Cristina Dias.

One might have thought that the build-up of CO2 and the impact of carbon emissions in raising the temperature of Earth would result in more careful and responsible policies than one that destroys a unique ecological habitat that stabilizes the Earth’s climate. For no other reason than to maximize profits for timber loggers, the Amazon Rain Forest is to be destroyed. This is unregulated international gangster capitalism at work. Destroy the planet for everyone else so that a handful of gangsters can acquire fortunes.

We cannot expect any intelligence in a government where Dias dismisses global warming as “an international Marxist plot.” Dias sounds like a parrot for the anti-global warming think tanks sponsored by the carbon energy lobby. Anything that would constrain short-run profits regardless of their long-run costs is dismissed as a hoax or a communist plot.

President Lula de Silva and his successor Dilma Rousseff attempted to run Brazil in the interests of a broader segment of the population than the robber-baron capitalists. In its unbridled form, capitalism is an exploitative mechanism that permits a few people to grab large profits in the near term by imposing massive external costs on the broader society and the environment. The more responsible policies of Lula and Rousseff enraged the Brazilian robber barons and their backers in Washington. Using the capitalist controlled press, Brazil’s gangster capitalists demonized Lula and Rousseff. They were accused of money laundering and “passive corruption.” The most corrupt elements on the political scene framed them up on false charges. Lula was imprisoned and Rousseff was impeached and removed from office, thus turning the country back over to Washington and the corrupt Brazilian capitalists. The idiot Brazilian population accepted this. The fools believed their enemies.

Currently, the rain forest is being destroyed at the rate of 3 football fields per minute. The rain forest has already lost 17 percent of its tree cover. Scientists report that when deforestation reaches 20 to 25 percent the rain forest converts to savanna and loses its ability to absorb carbon. But the concerns expressed at Brazil’s National Institute of Amazonian Research are not as important to Bolsonaro and his cronies as the profits temporarily gained by destroying the rain forest along with the many species dependant on the habitat of the rain forest.

The policies for which a small handful of Brazilian capitalist gangsters, backed by Washington, are responsible will have massive effects and impose massive costs on the rest of mankind. More melting of ice and release of methane, rising and more acidic oceans, drought, water stress, more intense storms all of which affect food production. The extinction rates of species increase. The external costs are many and massive. The profits of the capitalists from plundering the Amazon rain forest will be exceeded a billion times over by the external costs imposed on the rest of the world by a handful of Brazilian political gangsters.

What is happening right now in Brazil is a massive crime against humanity. It is such a massive crime that the countries on Earth should unite and give the corrupt gangster Brazilian government an ultimatum: Stop the deforestation of the Amazon Rain Forest or be invaded and put on trial for crimes against humanity. There is no greater crime than to make the Earth uninhabitable. There is no better case for war than to protect the global climate and life on earth.