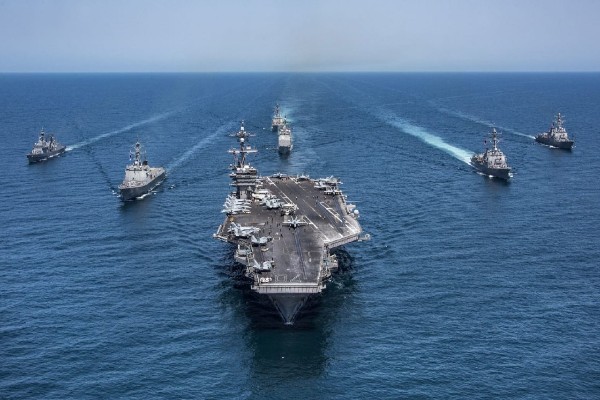 There are reports that US President Donald Trump has sent a message to Iran through Oman overnight to say he is not after a war with Iran, and seeks dialogue.

“In his message, Trump said he was against any war with Iran and wanted to talk to Tehran about various issues … he gave a short period of time to get our response but Iran’s immediate response was that it is up to Supreme Leader (Ayatollah Ali) Khamenei to decide about this issue,” one of the officials told Reuters on condition of anonymity.

The second official said, “We made it clear that the leader is against any talks, but the message will be conveyed to him to make a decision … However, we told the Omani official that any attack against Iran will have regional and international consequences.”

The New York Times reported on Friday that President Trump approved military strikes against Iran in retaliation for the IRGC’s downing of an intrusive American spy drone, but pulled back from launching them on Thursday night after a day of escalating tensions.

As late as 7 pm, military and diplomatic officials were expecting a strike, after intense discussions and debate at the White House among the president’s top national security officials and congressional leaders, according to multiple senior administration officials involved in or briefed on the deliberations.

Officials said the president had initially approved attacks on a handful of Iranian targets, like radar and missile batteries.

The operation was underway in its early stages when it was called off, a senior administration official said. Planes were in the air and ships were in position, but no missiles had been fired when word came to stand down, the official said.

The retaliation plan was intended as a response to the shooting down of the unmanned, $130 million surveillance drone, which was struck Thursday morning by an Iranian surface-to-air missile, according to a senior administration official who was briefed on the military planning and spoke on the condition of anonymity to discuss confidential plans.

The strike was set to take place just before dawn Friday in Iran to minimize risk to the Iranian military and civilians.

But military officials received word a short time later that the strike was off, at least temporarily.

Mr. Trump’s national security advisers split about whether to respond militarily. Senior administration officials said Secretary of State Mike Pompeo; John R. Bolton, the national security adviser; and Gina Haspel, the CIA director, had favored a military response. But top Pentagon officials cautioned that such an action could result in a spiraling escalation with risks for American forces in the region.

in his public appearance, Trump initially seemed to be looking for a way to avoid a potentially serious military crisis. Instead of directly accusing the leaders of Iran, Trump said an individual in Iran was responsible for making such a mistake.

Trump said the episode would have been far more serious if the aircraft had been a piloted vehicle, and not a drone. It made “a big, big difference” that an American pilot was not threatened, he told reporters.