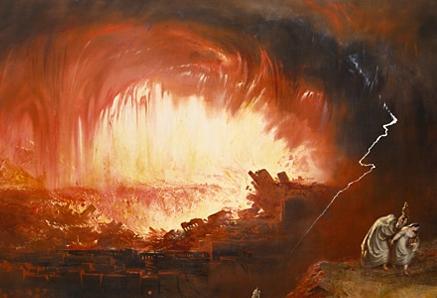 I believe I know how the passengers on the Titanic felt as most knew they were going to perish. Our government has been overthrown. As evidenced by Trump’s capitulation on the border, his recent servitude to the GMO industry and his acquiescence to the warmongers, our President has been compromised. Our liberties are being eliminated one by one. Gun confiscation is next. The Constitution is gasping its last breaths. Our borders are destroyed and our culture has been turned upside down by every perversion known to man.

In short, the Constitution must be destroyed because it, in part, represents the values of Jesus Christ. The Satanists are roaming the halls of Congress and dressed in Democratic Blue.

We have a Muslim occupying the White House. His occupation forces, the Deep State, have declared that Christians who believe the Bible is the final word of God, are domestic terrorists as per the MIAC Report. Prayer is banned in our schools. Yet, lifestyle perversions which are offensive in the sight of God, are honored and given special status in our new laws. We live in a world which has been turned upside down.

What would make you turn your back on your children and abandon them and let them suffer the consequences of their bad decision making? Most of you cannot even imagine doing such a thing. Yet, our God is preparing to judge this nation in a way that we have never seen. How displeasing must our actions be in the eyes of God that he is about to visit the same fate of Sodom and Gomorrah upon the people of the United States?

History Is the Great Teacher

In Genesis 19, the Bible speaks to God’s judgment of the unholy, the perverts and the evil. I believe that history is a great teacher and we can all benefit greatly from learning the lessons of history and the Bible is the greatest History book ever written.

The story of Sodom and Gomorrah has special relevance to the time and place that we live in today. The bankers, which have hijacked our government through legalized bribery (i.e. the PACs), consists of people from such organizations as Goldman Sachs, Wells Fargo and HSBC Bank.

Goldman Sachs have collectively been convicted for things like child trafficking, running drugs, laundering drug money, stealing investors money, have foreknowledge and moving money as proof of foreknowledge to events like 9/11, the housing bubble, the Gulf Oil Explosion, etc.  Nobody ever goes to jail, they just pay a small fine, as part of the cost of doing business, and they continue spreading their poison among humanity.

The aforementioned organizations are run by individuals who are pure evil. They use graft, corruption and murder to obtain their goals. They answer to no authority and their values represent the worst of what the Bible refers to as Satanic.

If Jesus were to walk the sidewalks of Wall Street, he would chase these Satanic money changers from their money temples as he did over 2,000 years ago.

We All Live In Sodom and Gomorrah

Some will think that this subtitle is a bit strong. However, America, under the leadership of the Deep State is fast becoming one of the most corrupt and war-mongering nations in world history. War for profit, no matter how many die. The Nazis have nothing on America, as we have murdered over 70 million of our own. That is the number of babies that have been murdered and now we carry out these executions as the baby is exiting the womb and we verbally sanitize the act by calling it late term abortion.

If an American is opposed to uncontrolled illegal immigration and the child-sex-trafficking, drug running, and terrorism that accompanies the process, we are labeled as racists. Meanwhile, our nieghborhoods are overrun with deadly drugs as Congress does nothing about it. Coyotes abuse the good immigrants who actually want to come to this country for the right reasons. Yet, the Pelosi’s and the Feinstein’s sit back and reap enormous personal profits as they sell out their country and participate in the these human carnages.

Abraham asked the Lord if he would spare the two decadent cities if fifty righteous people lived there. The Lord said yes. Boldly, Abraham kept bargaining down, until God agreed not to destroy Sodom and Gomorrah if even ten righteous people lived there. Then the Lord departed. Unable to find even 10 righteous men, the Lord subsequently rained down burning sulfur on Sodom and Gomorrah, destroying the buildings, the people, and all the vegetation in the plain. This is our future if we do not repent and rediscover our true Christian heritage. The wages of sin are death and destruction. Apparently, we have learned very little from the lessons of history.

If the Lord were to visit Washington DC, he would find that there were not 50 righteous men, there were not 40 righteous men, not 30, not 20, not even 10 righteous men and just like Sodom and Gomorrah, we will surely be destroyed. Our government is the source of nearly every war on this planet which kills and maims untold numbers of innocent people including the very old and the very young. Our government is controlled by the minions of the NWO, many of which are empowered to serve Lucifer. Our government and our military no longer serve the people of this country. Prior to the 2008 first round of bailouts, former Goldman Sachs executive and the Secretary of the Treasury stated that if we did not bail out Wall Street, we would see tanks and troops in our streets in one of the most treasonous statements ever uttered by a government official. And before the Libyan invasion, the Congress was told that our military was now under the control of NATO and the UN and that they had no say in whether we go to war, or not. In reality, I knew then that our country was lost, I just did not want to admit it. Our country and government have been totally hijacked and it is not just the bankster thugs who have stolen our most precious resources. America, I beg you not to let the bankers steal the lives of your precious sons in the next war of global unification and profit. The minions of the NWO are controlled by Satan. This is not hyperbole, please consider the following quote from an United Nations official who we pay homage to.

Hillary Clinton is also cut from the same Satanic cloth as are most of our leaders. Clinton may be more subtle than Spangler but the final goal for whom I think it is likely will become the 2020 President, is one in the same.

This is who and what we serve in government. Our entire society has been “paganized.” Your children have been taught to worship the earth in the pagan religion known as GAIA and bow before the Agenda 21 alter of sustainability. The entire ecology and climate change cult is controlled by Luciferians such as Spangler, Clinton and Pelosi. “My people change because of a lack of knowledge.”

I know that some of you are protesting my proclamation that most of America is decidedly sinful and as a result, are very decadent. Some of you are screaming profanities at the computer screen as you read these words and as you proclaim that you are not evil like the banker controlled politicians in government. Yes you are, or you would never tolerate leaders such as the ones we have.

The evil people who have hijacked our government are the shining reflection of what we all represent in our lives. They are us and we are them. If we were truly righteous, we would never have permitted the people into office that we have, and, yet, we have allowed them to stay there. We serve evil whether we realize it or not!

What most do not comprehend is that if, we the people, were to change we would see a corresponding change in our leaders. This is not a magic prescription, it is the way the universe works. There are physical laws and there are spiritual laws and just because the many may have not been taught the spiritual laws, it does not mean that they do not exist. The spiritual can supplement the physical. The physical can never supplement the spiritual. My son once asked me how he could avoid doing the evil things that he sees from some of our leaders. I told him to read the Bible and that will lead him to ask the right questions. I planted a seed which I hope will bear fruit in my son. Perhaps these words will plant a seed in America which will spread like virus among the people. Many in the Patriot movement claim they want to reclaim their freedom. Yet, they will not honor the source of all free will? That makes no sense.

When one looks at the true nature of their soul, serving the evil that runs this country makes no sense. It may someday cost me my life, but I will never serve evil again, I just pray that God gives me the strength to live up to the courage of my convictions when my “Mark of the Beast” moment of decision comes for we truly live in the United States of Sodom and Gomorrah.