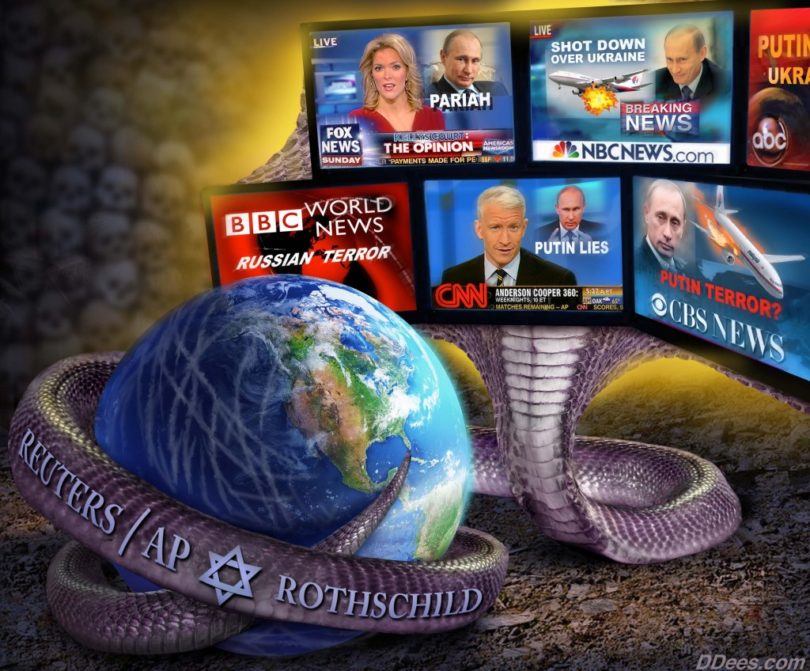 As I have reported on many occasions, the presstitutes constitute not a free press but a Ministry of Propaganda for the government and ruling oligarchic interests.  Ben Norton explains that the New York Times gets permission from Washington before it prints a story:

The New York Times has publicly acknowledged that it sends some of its stories to the US government for approval from “national security officials” before publication.

He explains that CIA control and manipulation of the media has a long tradition, a tradition exposed by journalists who know:

Legendary journalist Carl Bernstein, a former Washington Post reporter who helped uncover the Watergate scandal, published a major cover story for Rolling Stone in 1977 titled “The CIA and the Media: How America’s Most Powerful News Media Worked Hand in Glove with the Central Intelligence Agency and Why the Church Committee Covered It Up.”

Bernstein obtained CIA documents that revealed that more than 400 American journalists in the previous 25 years had “secretly carried out assignments for the Central Intelligence Agency.”

“Some of these journalists’ relationships with the Agency were tacit; some were explicit. There was cooperation, accommodation and overlap. Journalists provided a full range of clandestine services—from simple intelligence gathering to serving as go‑betweens with spies in Communist countries. Reporters shared their notebooks with the CIA. Editors shared their staffs. Some of the journalists were Pulitzer Prize winners, distinguished reporters who considered themselves ambassadors without‑portfolio for their country. Most were less exalted: foreign correspondents who found that their association with the Agency helped their work; stringers and freelancers who were as interested in the derring‑do of the spy business as in filing articles; and, the smallest category, full‑time CIA employees masquerading as journalists abroad. In many instances, CIA documents show, journalists were engaged to perform tasks for the CIA with the consent of the managements of America’s leading news organizations.”

However, he added, “By far the most valuable of these associations, according to CIA officials, have been with the New York Times, CBS and Time Inc.”

These layers of state manipulation, censorship, and even direct crafting of the news media show that, as much as they claim to be independent, The New York Times and other outlets effectively serve as de facto spokespeople for the government — or at least for the US national security state.

Udo Ulfkotte, an editor of the German newspaper, Frankfurter Allgemeine Zeitung,Explained in his book, Gekaufte Journalisten (Bought Journalism), that no significant journalist in Europe is free of CIA influence. The English language edition, Journalists For Hire: How The CIA Buys The News, has been suppressed. A few copies managed to escape destruction.  Two are currently available on Amazon, one for $910.99 and one for $1,994.99.

As I have often reported, in the “Western democracies” truth is suppressed and controlled explanations are put in its place. Western peoples are largely unaware of the agendas of the national security state and ruling elites.  People in all walks of life serve these agendas without knowing it. Those who try to inform them are usually dismissed as “conspiracy theorists.”  Obviously, there can be no democracy when the electorate is kept in the dark.