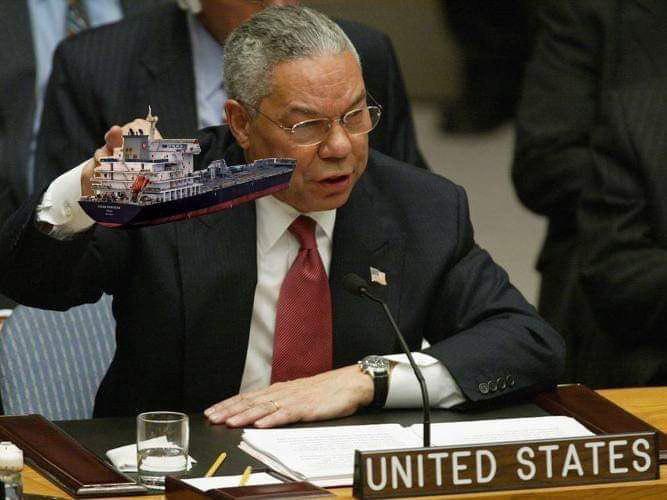 Today the media has already forgotten about the tankers.

And here come the most amazing things.

The Kokuka Courageous tanker is near its original destination port of Fujairah. How it got there without a crew? God only knows.

So, turns out the crew was back on board.

The Bernhard Schulte chemical tanker Kokuka Courageous, attacked in the Gulf of Oman on Thursday, is being towed towards Khor Fakkan, UAE, with its crew back on board.

The crew was back on board on 14 June 2019! Fancy that. They obviously weren’t concerned with more “attacks” or they checked every nook and cranny on the tanker.

Bernhard Schulte Shipmanagement said that the port authorities yet to complete “their standard security checks and formalities,” the ship manager said. “The vessel’s crew remain on board having returned after initially abandoning ship following the attack.”

Obviously they are not concerned and are not looking for more “mines.”

The ship-to-ship transfer of its cargo of methanol is yet to be scheduled. The vessel’s crew remain on board having returned after initially abandoning ship following the attack.

Tanker the Front Altair is being pushed by three tugboats somewhere.

Insurers for both vessels appointed the Royal Boskalis Westminster subsidiary SMIT Salvage as salvors for the ships and their cargoes.

A fire was miraculously extinguished. My guess is on its own.

There is no indication or records anywhere to show that the official fire fighting services were involved in extinguishing that fire. Not Americans, not Iranians, not anyone’s else. Simply a miracle.

No one noticed that government of Ukraine blamed Russia in attacks on the tankers.

All peace and tranquility and no one cares any more.

Till the next tanker is attacked by the same “mysterious forces.”

Front Altair, would also appear reached the area near Fujairah, UAE according to data from MarineTraffic.