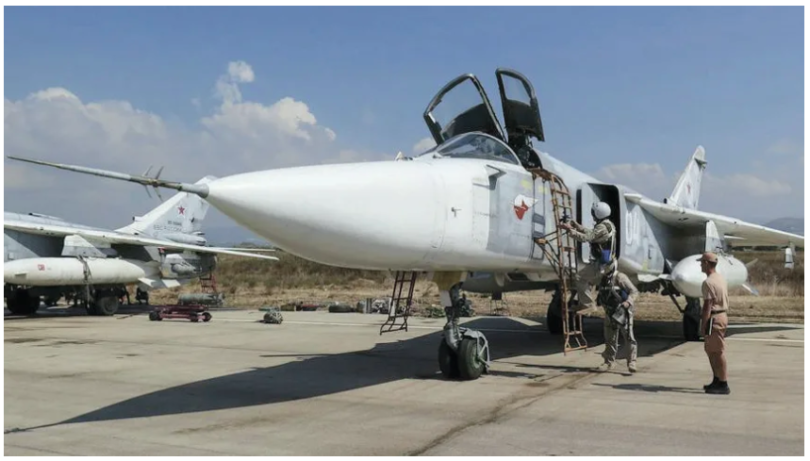 Russia is responsible for the unexplained GPS disruptions in Israeli airspace over the past month, Israeli security officials believe, as part of Moscow’s attempts to protect its planes in northwest Syria.

According to the security establishment’s assessment, the disruptions are the result of electronic warfare on behalf of the Russian military in defense of planes at Khmeimim Air Base.

The Russian ambassador to Israeli said on army radio Thursday that the reports are “fake news,” and “can’t be taken seriously.”

Israel has been experiencing unexplained GPS disruptions in its airspace in the past month, but “measures are in place to allow safe landings and takeoffs” at its main international airport, the government said on Wednesday.

The announcement by the Israel Airports Authority (IAA) followed a report on Tuesday by the International Federation of Air Line Pilots’ Associations (IFALPA) that “many” pilots had lost satellite signal from the Global Positioning System around Tel Aviv’s Ben Gurion Airport.

Confirming there had been GPS disruptions for approximately the past three weeks, an IAA statement said these affected only airborne crews and not terrestrial navigation systems. An aviation source told Haaretz the interruptions occur only during daytime, but “do not put pilots and passengers at risk.”

Pilots use GPS for navigation within the Israeli airspace, and for takeoff and landing. The source said pilots have alternative instrument landing and navigation systems that are not reliant on the GPS to work. Another source said the announcement was meant to notify incoming flights to turn off GPS systems, and use the alternative instruments, as long as the interruptions continue.

During a joint press conference with Patrushev on Monday, Netanyhau said that “security cooperation between Russia and Israel has already contributed much to the security and stability of our region and has made a fundamental difference in the situation in the region.”

Netanyahu, who met with Bolton on Sunday, said the three-way meeting will “deal with Iran, of course, Syria and other obstacles to security and stability in our region, and we know that our region greatly needs it, especially now.”

The prime minister has aspired to hold such three-way talks ever since Russia boosted its presence in the region, in search of closer cooperation toward the goal of reducing Iranian influence in Syria.