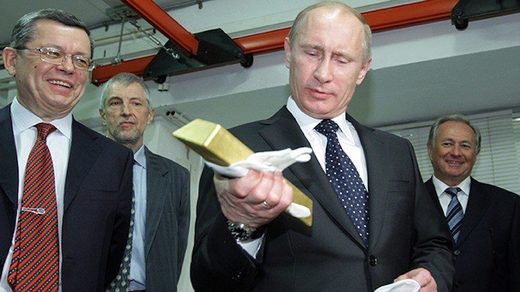 Between one hundred billion and one hundred and sixty billion dollars. That’s a lot of moolah. Taking the lower number, that’s a line of thousand dollar bills half way to the Moon. Personal yacht? Buy the latest Princess cruise ship, staff it, have it all to yourself forever and still have 99 billion or so to fool around with. A brand new Italian super car every day for ten years wouldn’t make much of a dent. You like to cruise? Reserve the Owner’s suite on every Princess cruise ship and have a private plane standing by 24/7 just in case. Hotels? Buy a couple in your favourite part of the world; permanently rent the Emperor’s Suite in a couple of dozen others. Put yourself into orbit on your private orbiter. Private planes? how about a double-decker Airbus? Only a billion for two. Private Caribbean island? Lots to choose from. Hire a bunch of healthy organ donors and a mobile hospital to follow you around. Anything. Build a new Great Pyramid, it’s chump change out of $100 billion. Endow a university chair to study your life and works. Fill Easter Island with giant statues of yourself. It would be impossible to spend that much in a human lifetime.

This, we are told, is the extent of Putin’s wealth.

In the book, “Russia’s Crony Capitalism: The Path from Market Economy to Kleptocracy,” Aslund estimates that through the practice of “crony capitalism,” Putin has amassed a net worth between $100 billion and $160 billion, which would make him richer than the officially wealthiest man in the world, Amazon owner Jeff Bezos.

(Love that “net” – sounds so precise.) Pfeh! says Browder: a measly one hundred – trytwo hundred billion! Nah! A trivial seventy billion says somebody else. Why not eleventy-seven squintillion? Net.

The origin of the “Putin is fabulously rich” story seems to have been this interview with Stanislav Belkovskiy (certainly he’s used as the source often enough.) Russia is about to collapse, nothing is working properly: agriculture, banking; all failing. But Putin & Co have trousered millions for the day when they will have to get out:

Putin knows that extremely destructive processes are going on that he simply cannot control. Therefore, it is important for him to leave the game, as long as the explosion has not yet occurred. There will be no third term for him.

The acuity of this analysis is spoiled a bit by the fact that, twelve years later, Putin and Russia are still there. Belkovskiy turns out to be the cousin of Boris Berezovskiy which gives away his motivation. Boris Berezovskiy, by the way, was the chief anti-Putinist until he begged Putin to be allowed back in. Whereupon he committed suicide. They say.

And where, by the way, does Putin keep all the gelt?

Not a good idea to do it offshore, especially when you consider suggestions like “Why Exposing Putin’s Wealth Would Be Obama’s Best Revenge” or “Why not seize Putin’s assets?” or “US ready to target Russian president’s hidden $40bn stash“. But where inside? A gigantic bag of paper rubles will be worth nothing when Russia crashes. Gold? but gold is heavy and hard to move at the Last Moment. Title deeds? Gazprom shares? Same problem: if he’s squirrelling it away against the day the building collapses, it doesn’t make much sense to keep it in the building, does it?

But these are questions nobody asks.

Remember the Panama Papers? First they were aboutPutin; then when somebody noticed that the word “Putin” didn’t appear anywhere, they were byPutin. But bubbles keep bubbling. Leaked US diplomatic cables citing opposition sources (opposition sources are the gold standard of reliability, aren’t they?). NYT speculates away: “it [the Obama Administration] is sending a not-very-subtlemessage that it thinks it knows where the Russian leader has his money“. The Sun hit it out of the park in 2016: “many believe” “claimed” “claimed” “rumoured” “believe he could be” “alleged” “alleged” “said to be” “alleged”. How many tonnes of rumours equal one gram of fact?

Let’s have a look at how the world’s wealthiest man spent his time in April 2019. English and Russian.

In the rest of the month, nine government meetings, two phone calls to foreign leaders, eight meetings with foreign leaders or officials, five meetings with Russians, five international talks or forums, two trips inside Russia, three news conferences or interviews, one foreign trip and two ceremonies. Two days off, one of which was Easter when he went to church. And so on; the month before the same and the month after. Month after month.

Fun eh? Where’s the time to play with his yachts, visit his palaces, wind up his watch collection? The man works all the time. What’s the point of being the world’s richest man if you slave away in meeting after meeting, interviews, endless paperwork, strategy sessions, planning meetings, briefing notes, meeting preparations, debriefings? Doesn’t sound like some guy who’s trousered huge sums of money, does it? More like the hard-working president of his country.

But maybe the wealth is more of a concept, really. Navalniy, “Russia’s Last Opposition Hero“, helpfully suggests “The czar of corruption owns everything and nothing“. I guess that means Putin’s wealth is some figure between zero and infinity.

So, we’re supposed to believe that Putin has used his position to steal vast sums which he can safely hide neither at home nor abroad, sums of which he doesn’t spend a kopek because he’s too busy sending greetings to The Age of Archaeology: Discoveries, Goals, Perspectives International Forum, answering media questions about the latest meeting with the President of Turkey and holding meetings with the Russian Security Council. On his off days, he spends two hours standing in church.

But it’s all a GIGO circle: people with a grudge against Putin (Berezovskiy’s cousin, the inventor of the Magnitskiy fraud, Integrity Initiative trolls) tell the punters what they want to hear. There are lots of folk-tales about smart little guys tricking stupid giants (ATU 328 in fact); the giant, hearing what he wants to hear, believes it. Russia, they imagine, is a sort of mafia project of which Putin is the capo di tutti capi and dips his beak into every deal. After being told what they want to hear by people who want to tell them what they want to hear, they decide that sanctioning the underbosses will make them turn against Putin. And, with Washington’s customary expectation that changing the Boss will change the whole country, they do this. Over and over again.

As someone observed: the US bench (read NATO and the UK too) on Russia is very shallow. Their intelligence is lousy and their unbroken record of failure should teach them that.

But it doesn’t, they continue and people make money and serve their own ends by encouraging them to do so. Jack tricks the giant and gets a bag of gold. Two million quid in the case of Integrity Jac.

Patrick Armstrong was an analyst in the Canadian Department of National Defence specialising in the USSR/Russia from 1984 and a Counsellor in the Canadian Embassy in Moscow in 1993-1996. He retired in 2008 and has been writing on Russia and related subjects on the Net ever since.