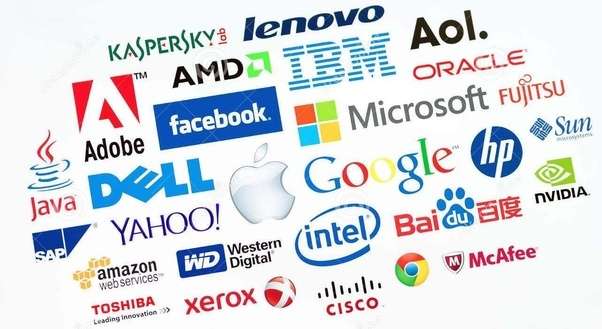 Vicious Cycle: The Pentagon Creates Tech Giants and Then Buys their Services

The US Department of Defense’s bloated budget, along with CIA venture capital, helped to create tech giants, including Amazon, Apple, Facebook, Google and PayPal. The government then contracts those companies to help its military and intelligence operations. In doing so, it makes the tech giants even bigger.

In recent years, the traditional banking, energy and industrial Fortune 500companies have been losing ground to tech giants like Apple and Facebook. But the technology on which they rely emerged from the taxpayer-funded research and development of bygone decades. The internet started as ARPANET, an invention of Honeywell-Raytheon working under a Department of Defense (DoD) contract. The same satellites that enable modern internet communications also enable US jets to bomb their enemies, as does the GPSthat enables online retailers to deliver products with pinpoint accuracy. Apple’s touchscreen technology originated as a US Air Force tool. The same drones that record breath-taking video are modified versions of Reapers and Predators.

Tax-funded DoD research is the backbone of the modern, hi-tech economy. But these technologies are dual-use. The companies that many of us take for granted–including Amazon, Apple, Facebook, Google, Microsoft and PayPal–are connected indirectly and sometimes very directly to the US military-intelligence complex.

A recent report by Open the Government, a bipartisan advocate of transparency, reveals the extent of Amazon’s contracts with the Pentagon. Founded in 1994 by Jeff Bezos, the company is now valued at $1 trillion, giving Bezos a personal fortune of $131 billion. Open the Government’s report notes that much of the US government “now runs on Amazon,” so much so that the tech giant is opening a branch near Washington, DC. Services provided by Amazon include cloud contracts, machine learning and biometric data systems. But more than this, Amazon is set to enjoy a lucrative Pentagon IT contract under the $10bn, Joint Enterprise Defense Infrastructure program, or JEDI. The Pentagon says that it hopes Amazon technology will “support lethality and enhanced operational efficiency.”

The report reveals what it can, but much is protected from public scrutiny under the twin veils of national security and corporate secrecy. For instance, all prospective host cities for Amazon’s second headquarters were asked to sign non-disclosure agreements.

But it doesn’t end there. According to the report, Amazon supplied surveillance and facial Rekognition software to the police and FBI, and it has pitched the reportedly inaccurate and race/gender-biased technology to the Department of Homeland Security for its counter-immigration operations. Ten percent of the subsidiary Amazon Web Services’ profits come from government contracts. Departments include the State Department, NASA, Food and Drug Administration and the Centers for Disease Control and Prevention. In 2013, Amazon won a $600m Commercial Cloud Services (C2S) contract with the CIA. C2S will enable deep learning and data fingerprinting. Amazon’s second headquarters will be built in Virginia, the CIA’s home-state. Despite repeated requests, the company refuses to disclose how its personal devices, like Amazon Echo, connect with the CIA.

But Amazon is just the tip of the iceberg.

According to one thorough research article: In the mid-90s, future Google founders Larry Page and Sergey Brin used indirect Pentagon and other government funding to develop web crawlers and page ranking applications. Around the same time, the CIA, Directorate of Intelligence and National Security Agency–under the auspices of the National Science Foundation–funded the Massive Data Digital Systems (MDDS) program. A publication by Sergey Brin acknowledges that he received funding from the MDDS program. According to Professor Bhavani Thuraisingham, who worked on the project, “The intelligence community … essentially provided Brin seed-funding, which was supplemented by many other sources, including the private sector.” The Query Flocks part of Google’s patented PageRank system was developed as part of the MDDS program. Two entrepreneurs, Andreas Bechtolsheim (who set up Sun Microsystems) and David Cheriton, both of whom had previously received Pentagon money, were early investors in Google.

The Pentagon’s Project Maven (or Algorithmic Warfare Cross-Function Team) was launched in 2017 as a machine-learning application to help drones differentiate humans from objects. Technology and staff were provided by Google, many of whom quit in protest after it was revealed that the project had targeted Iraqis and Syrians for death.

In 1999, the CIA established a venture capital firm, Peleus; later In-Q-Tel. One of In-Q-Tel’s companies was the mapping firm Keyhole, bought by Google in the mid-2000s and developed into Google Earth. Within a few years, military personnel were using Google Earth to target sites in Afghanistan. In 2005, In-Q-Tel invested $2.2m in Google. In 2010, the CIA and Google both invested in Recorded Futures, a social media tracking company.

Another billionaire, Peter Thiel, created both PayPal and Palantir. With $2m of In-Q-Tel investment, Palantir was launched in 2004 and provided data analysis for the CIA in Afghanistan and Iraq. Recently, it was tested in New Orleans as part of local law enforcement’s “predictive policing” program. Palantir creates digital webs of citizens whose personal data are gleaned from various sources. Palantir’s webs show police images of alleged, potential, future suspects along with captions such as, “Colleague of…,” “Lives with…,” “Owner of…,” “Sibling of…,” and “Lover of…”. Palantir is also used by US immigration authorities. For all the accusations of Russian meddling in both the US elections and Brexit referendum in the UK, mainstream Western media have underplayed Palantir employees’ role in working with Facebook to create psychographic profiles of potential voters.

These and other examples show that in addition to trying to shape the world in the interests of American elites, the Pentagon’s ulterior motive is to fund hi-tech industry to stimulate new economies. That same hi-technology, which exists in a so-called system of “free enterprise,” not only creates monopolies, it does so with taxpayer money. Spied on and manipulated by the technologies they fund, the public, as consumers, then pay for services provided by those tech giants. Talk about a vicious cycle…