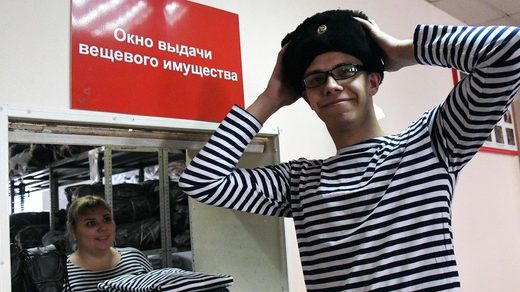 “Compulsory military service slowly becomes a thing of the past,” he said, adding that “it takes time and appropriate financing” to make it happen.

“But this trend exists and we will move in this direction,” Putin stressed.

However, many countries don’t abolish compulsory military service completely because militaries have a lot of unskilled work to do, he added.

In Russia a 12-month draft is mandatory for all male citizens aged 18-27, with a number of exceptions. The term was reduced from two years in 2007-2008, though one year service is considered by many experts too short to obtain high military skills.

The Sarmat is one of the top five weapons announced last March as Russia’s response to the US’ development of a global anti-ballistic missile system.

Other weapons including the laser weapon Peresvet and a nuclear-capable air-launched ballistic missile (ALBM) Kinzhal (Dagger), have been already deployed.