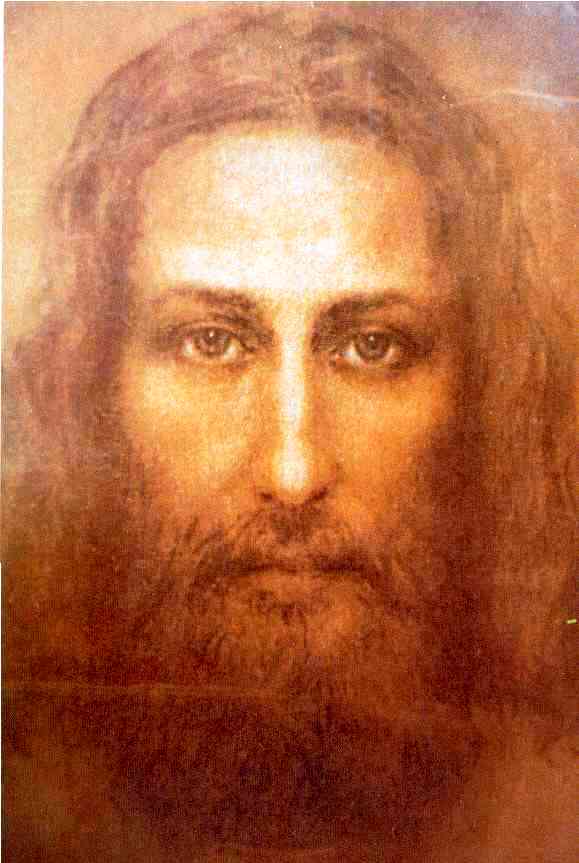 And we all, with unveiled face, beholding the glory of the Lord, are being transformed into the same image from one degree of glory to another. 2 Cor. 3:18

Among the most striking of all images in St. Paul’s writing is his description of beholding the glory of God with an unveiled face. It’s a very difficult passage to translate. The word rendered “beholding” in the translation quoted above is actually “to see something as in a mirror” (κατοπτριζόμενοι). One commentary describes this as a mirror making something visible that would otherwise be invisible. This is, in fact, Christ Himself, who is the “glory of God.” In Christ, we see God Himself. It is equally striking that St. Paul describes this “seeing” as transformative. How is it that merely gazing at something, we are changed into its very image?

This question takes us into the heart of Biblical and Orthodox understanding. The Greek word forknowing, is related to the word for seeing. Indeed, it has the same root as our word “video.” It imagines a form of seeing, a depth of seeing, that is often absent in our conversations. It is there to a certain extent in our phrase, “Do you see what I mean?” There is an assumption that truly seeing, truly understanding, and truly knowing are one and the same act. We hear this echoed in St. John:

Beloved, we are God’s children now, and what we will be has not yet appeared; but we know that when He [Christ] appears we shall be like Him, because we shall see Him as He is. 1 John 3:2

Of course, a key in all of this is found in the word “truly.” Its implications are found in Christ’s saying, “Blessed are the pure in heart for they shall see God.” When read in the light of St. Paul’s “beholding as in a mirror,” this is revealed to be an ongoing, reciprocal action. As we see, we become pure. As we become pure, we see more clearly.

This same action could be described as a “refining fire.” What we see (of God) also reveals the truth of ourselves. The sight of that truth, when compared with the sight of God, “burns.” This burning, refining image is the only true mirror of the soul. It is this aspect of seeing God that often causes us to turn away.

It is a very rare thing to have an accurate glimpse of ourselves. The amount of debris and dissonance that shroud the soul make it difficult clouds our vision. We look for the self, but see shame. And though we imagine that clarity of sight would merely be a matter of the will, it is not that simple. The life of the soul has a great complexity and is not obedient to the whims of what we imagine to be the “will.” Our “willing” is largely the work of the “gnomic will” (when we’re not merely obeying our passions and calling that “willing”). This is a distortion of the true will (the “natural will”). To see the truth, even of ourselves, does not belong to those things we have at our demand.

The Tradition is filled with a different language regarding the heart. We pray, “Open to me the gates of repentance,” and “create in me a clean heart,” and “grant me an image of repentance,” and so forth. The “will” is evident in the offering of such prayers, but it is not in our power (alone) to make it so.

In the Scriptures, Simon Peter does not see the truth of himself. The first intimation is a revelation of glory – Christ names him, “the rock.” Another revelation comes when he is rebuked by Christ who says, “Get behind me Satan!” He is warned of his impending failure when he will deny Christ and is told that “the devil has desired to sift you like wheat.” A deeper and greater moment comes, following his denial, when he “went out and wept bitterly.” His restoration after the resurrection begins to reveal yet more. He sees both the failure of his love, as well as Christ’s steadfastness. He is told to “feed my sheep.” Lastly, we are told in a veiled manner of the final test and revelation of Peter who will end his life in martyrdom – having become the rock that is the truth of his being. It is the story of a lifetime.

St. Peter’s story points to the very character of our salvation. The journey towards the true vision of God is lifelong. It is as much or more the outworking of God’s providence than the outcome of some long chain of excellent choices on our part. What we see of St. Peter is a guide for us. He remained loyal to Christ. When he fell, he returned. When he returned and the questions became difficult, he remained. When his last trial of martyrdom came, he finally resisted the temptation to flee and journeyed to the place that Christ Himself was leading him.

This is a map for every day, as well as a lifetime. When you fall (and you will), get up. When the fall reveals more of yourself to you, don’t run, justify or pretend otherwise. Be steadfast and patient. You do not yet see as you will see – either of yourself or of God. But, we have a promise, when it is all said and done, we will see Him as He is, and we will be like Him.

In all faces is seen the Face of faces, veiled, and in a riddle; howbeit unveiled it is not seen, until above all faces a man enters into a certain secret and mystic silence where there is no knowledge or concept of a face. This mist, cloud, darkness or ignorance into which he that seeks Your face enters, when he goes beyond all knowledge or concept, is the state below which Your face cannot be found except veiled; but that very darkness reveals Your face to be there, beyond all veils. – Nicholas of Cusa, The Vision of God