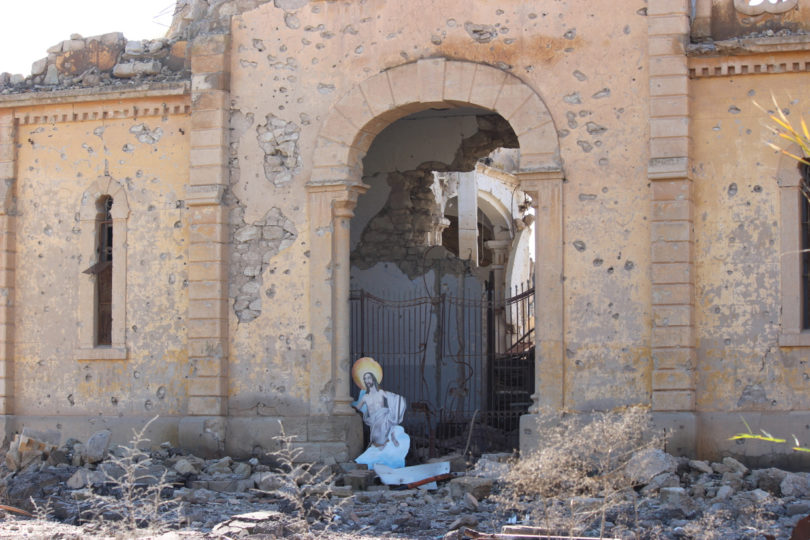 DeirEzzor 2019. During my last trip to Syria, I was able to spend two days in Deir Ezzor and to visit areas in the surrounding countryside, including Al Mayadin. I will be writing about the testimonies from civilians which described the extreme hunger they were forced to endure by successive terrorist factions that included Nusra Front and ISIS. I was shown the locations of dozens of mass graves for civilians and Syrian Arab Army soldiers.

This is just a short introductory video, showing the horrifying damage to entire neighbourhoods in Deir al Zour where Christian churches of all denominations have been desecrated, looted and destroyed by the Western-backed terrorist forces. An estimated 70% of the City has been destroyed as a result of the terrorist occupations.

One of the military officers in Al Mayadin told me:

“ISIS used executions and random massacre of entire families to control the population. The heads of the executed civilians would be hung above the main entrance to the city and would be left hanging for 3 days, sometimes longer. The bodies would be disposed of in another place. People would be tied between two cars and the cars would drive apart until the body was torn in two. Civilians were put in cages laden with stones and thrown into the Euphrates so they would drown. The terrorists would skin people alive, cut off their hands and hang them to die a slow and agonizing death.”