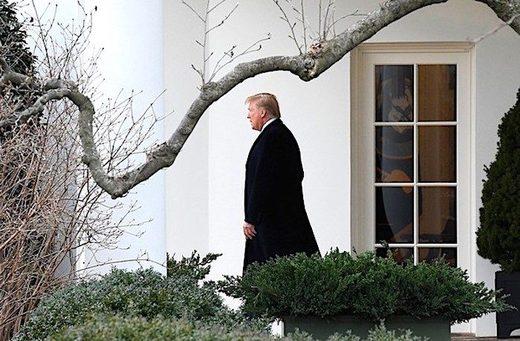 President Trump on Friday confirmed that he told Democratic leaders he would be willing to keep the government closed for months or even years if they refuse to provide funding for his border wall with Mexico.

“I did, absolutely, I said that,” said the president, speaking with reporters after the morning meeting. “I don’t think it will,” Trump added, “But I am prepared and I think I can speak for Republicans in the House and Republicans in the Senate. I hope it doesn’t go on even beyond a few more days. It really could open very quickly, I told them.”

Trump has directed Vice President Mike Pence, White House senior adviser (and his son-in-law) Jared Kushner and Homeland Security Secretary Kirstjen Nielsen to meet with the aides of top congressional leaders over the weekend to continue discussions on the shutdown impasse.

“We really cannot resolve this until we open up government, and we made that clear to the president,” said House Speaker Nancy Pelosi (D-CA) following the meeting – which Trump called “very productive.”

Around 25% of the federal government has been shut down for 14 days following Trump’s refusal to sign a spending package that did not include $5 billion he has requested for the wall.

On Thursday the House ignored Trump’s threat to veto any legislation without wall funding, passing two stopgap spending bills that would keep some parts of the government open as late as September.

Senate Majority Leader Mitch McConnell confirmed that Trump had agreed to direct his top aides to meet with Congressional aides over the weekend “to see if they can come up with an agreement to recommend back to us and to him and the various leaders.”

“The government couldn’t reopen until Tuesday anyway because we don’t have people here to vote,” McConnell told reporters in a statement at the Capitol.

Update: Trump defended the idea of a steel wall instead of using concrete, despite stating on Monday that the idea of a concrete wall was “NEVER ABANDONED.” Some other highlights from his long speech:

Update: Trump says that Pelosi told him she’s not looking to impeach him, adding “You can’t impeach somebody who’s doing a great job.”

The president also said that DACA will be discussed at another time.

Discussing the border wall, Trump said “We’re not playing games, we have to do it.”

The President added “I think we’ll have to build a steel wall instead of a concrete one … although steel is more expensive.”

President Trump confirmed that he told Pelosi and Schumer that the shutdown could last for months or years.

Pelosi and Schumer spoke outside the White House immediately following the meeting, where Schumer said that Trump threatened to keep government closed for months or years.

Emerging from the White House, Speaker Nancy Pelosi (D-Calif.) described a “lengthy and sometimes contentious conversation with the president.” She said both sides agreed to continue talks but added that Democrats don’t believe the standoff is resolved until the government is re-opened.

“We cannot resolve this until we open up government,” Pelosi said.

That sentiment was echoed by Schumer, who said “it’s very hard to see how progress will be made unless they open up the government.”

In contrast to what Democratic leaders said, Trump said the group came “a long way” during the meeting. –The Hill