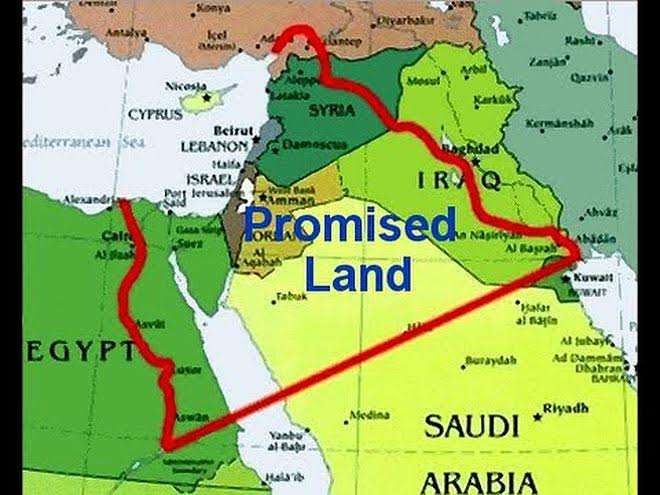 Cent-Com, Neo-Cons, And The Syrian Permutation

“I want to tell you something very clear: Don’t worry about American pressure
on Israel. We, the Jewish people, control America, and the Americans know it!”

“A particularly galling aspect of the sanitation of media reports regarding Israel is
the assumption that Israelis share American common values and interests, to
include freedom and democracy. This leads to the perception that Israelis are just
like Americans, with Israel’s enemies being America’s enemies”.

On Trump’s recent Christmas trip to Syria to visit with the troops, a reporter asked him if the recently announced pullout of American troops from Syria would put Israel in jeopardy. Trump replied, “well I don’t see it. I told Bibi Netanyahu, “we give Israel $4.5 billion a year, and they’re doing very well defending themselves.”

Trump-hating Jewish writer Bret L. Stephens, in an op-ed recently in the New York Times, whined that Trump has been bad for Israel. On the face of it that is a ludicrous allegation. Trump has bent over backwards for Israel by moving the embassy to Jerusalem and continuing to support Israeli-approved terrorists in their proxy war against Syria, all the while pretending to take out ISIS when everyone knows that Russia did the heavy lifting there.

He even had the temerity to put his orthodox Jewish son-in-law, Jared Kushner, whose family are longtime supporters of the illegal settlements, in charge of the Middle East peace process. A bold move that, to date, has worked out just swell for the Israelis.

While Trump is excoriated when tear gas is used on violent border immigrants, Democrats are OK with Israeli snipers shooting unarmed men, women, children, as well as clearly marked members of the press and medical personnel.

Col. Lawrence Wilkerson, Colin Powell’s Chief of Staff, recently said, “Israel is in the process of plunging America into a war with Iran that could destroy what’s left of the Middle East, and ignite world war 3”. I’m pretty sure that is what John Bolton and “Mad Dog” Mattis were working on; so why does Bolton still have a job?

Maybe Trump came to the same conclusion about dealing with Israel that others have over the decades. No matter what you do for them, they are never satisfied! Or maybe Trump remembered what President Franklin Roosevelt said in 1945, when he opined, “A Zionist state in Palestine can only be installed and maintained by force”, and he wanted no part of it! What changed? It was always a bad idea as it is now!

Maybe Trump finally realized that Israel was using the US Military to install a Zionist state or puppet state in Syria and he didn’t want any part of it. Or, maybe he wanted to be the first American president since John Kennedy to put America ahead of Israel. Sadly, we know how that worked out.

Speaking about Israel, Admiral Thomas Moore, former head of the Joint Chiefs of Staff, said, “I’ve never seen a President, I don’t care who he is, stand up to them. It just boggles the mind. They always get what they want! The Israelis know what is going on all the time. If the American people understood the grip the Israelis had on our government, they would rise up in arms. Our citizens certainly have no idea what goes on.”

Americans need to wake up to the fact that administrations on the Left and the Righthave spent decades draining trillions of our tax dollars to fight Israel’s battles. Billions more have been spent buying the support of our corrupt politicians as well as brainwashing the ignorant but well-intentioned supporters of Israel who continue to support these wars.

Trillions of dollars are missing at the Pentagon with no explanation. Americans are being robbed blind and the thieves are in charge of security.

Documents recently released to “Judicial Watch” prove that US arms were moving to Syrian terrorists through Benghazi, Libya, during the Obama administration. Benghazi was always a Hillary Clinton, State Department, gun-running operation. Anyone paying attention knew that 5 years ago which proved just how protected Hillary is. Q Anon, the supposed White House insider says it’s almost time to light cigars because of the demise of the many high-level traitors. I hope Q is right!

It’s tough to put a figure on what we are spending in Syria because much of what we do there has been done covertly and official numbers would be, no doubt, understated. We are still spending billions in Iraq, and the military admits to spending $50 billion per year in Afghanistan alone.

What tangible evidence can be produced to justify the trillions that have been spent in Afghanistan? Did you know we just finished building a new military base in Iraq on the Syrian border? Not at all happy about it, the Iraqi president has just ordered US troops to leave their country.  Mr. Trump?

What was Secretary of State Mike Pompeo doing meeting with Bibi Netanyahu in Brazil on Tuesday? The two supposedly discussed the unacceptable threat that Iran poses to the region and Israel. Pompeo, a puppet of Israel, reiterated “America’s commitment to Israel’s security and their unconditional right to self-defense.”

Pompeo said nothing of the right to resist against Israel’s unprovoked and unjustified attacks on their neighbors.

No discussion at all, apparently, of the threat that Israel itself poses to the entire region. No mention of the 200 Israeli airstrikes in Syria in the last year. Not even a word about Bibi and his wife being under investigation for bribery and corruption where Netanyahu can be indicted at any time.

With his popularity waning and an upcoming election in April, Trump’s pullout can’t sit well with Israeli voters and, until the election held, that makes Netanyahu more dangerous to the region than ever.

Everyone who attacks Trump on the Syria pullout should be viewed through a suspicious lens. Those who put Israel or any country ahead of America should have no say in US policy. No one can argue that these Middle East wars for Israel have benefited America or the US taxpayer one iota, while our moronic politicians argue over a few billion dollars for US border security.

Lindsey Graham is another politician sold out to Israel, who, along with John “Traitor” McCain, had the bright idea to arm violent terrorist groups in Syria to take out Assad for Israel as part of the Greater Israel project. US Central Command has been on board with this plan for decades.

Mattis is a Cent-Com guy and his allegiance to Israel turned the mission in Syria into “mission creep.” Bolton, Mattis and James Jeffrey, a retired foreign services officer put in charge in Syria, were clearly pursuing conflict with Iran at the bidding of the Israelis.

Trump wisely nipped it in the bud, for now anyway, but has changed his mind about pulling out of Syria, what, three times? He needs new leadership at Cent-Com and needs generals in charge who aren’t waiting for the Rapture, while encouraging Armageddon!

Graham issued a statement calling the plan to pullout, “an Obama-like mistake”, and has called for a pause in the pullout. Trump should worry about an Israeli false flag attack planned to drag us back in.

While our tax dollars are squandered in the Middle East, the Democrats and RINOs alike refuse to secure our border with a wall, while every one of them supported and paid billions for the walls that line every border in Israel. Right Nancy? Chuck?

In a recent Harvard poll 80% of respondents said they want border security, 68% of Democrats said the same. Trump clearly has the majority of the public’s support for the wall, and has the added incentive that Ann Coulter said he would definitely cave on the wall.

*The truth is, he would be a fool to cave on that promise. No one cared that he moved the embassy to Jerusalem. However, this is important…for the security of America. The majority of Americans want a wall. They really care about this!

Meanwhile back in Washington, “Ghetto Queen”, Congresswoman Maxine Waters, who was voted the most corrupt member of Congress in 2005, 2006, 2009, and 2011 and lives in a posh $4.5 million Hancock Park mansion 20 miles from her ghetto district, with a big ole wall around it, is about to be named Chairwoman of the powerful House Financial Services Committee. She said she is determined to expose corruption in the Trump administration. God help us!