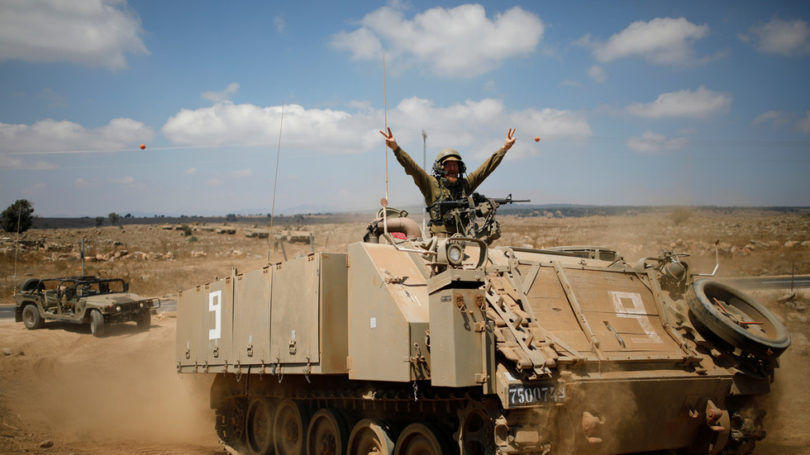 The outgoing IDF chief of staff has spilled the beans on a poorly guarded secret of the Israeli military, that it has supplied Syrian rebels fighting President Bashar Assad’s government with weapons “for self-defense.”

Gadi Eisenkot, who was the Israeli Defense Forces’ Chief of Staff for the last three years, told the Sunday Times in a farewell interview that Israel had been directly involved in the Syrian conflict on the side of the Syrian rebels, something that Tel Aviv has been reluctant to acknowledge before.

The general, who is retiring from military service, said that Israel supplied rebels at the border with light weapons for the purposes of “self-defense.”

While the direct links between Syrian rebels and Israeli commanders have been officially revealed for the first time, rumors of close military ties between the armed militants and the Israeli government have been circulating for years.

Foreign Policy magazine reported in September that Israel supplied weapons and gave money to at least 12 rebel groups holed up in southern Syria. The arrangement reportedly included Israeli officials also giving $75-per-person monthly allowances to rebel fighters, in addition to the funds their leaders received to procure weapons on the black market

In return, rebels were expected to deter Hezbollah and Iran proxies from the Israeli-occupied part of the Golan Heights.

The scheme was reportedly in effect throughout Operation Good Neighbor, which officially kicked off in June 2016 and was wrapped up only last November. Within this undertaking, Israel was openly assisting the rebels but claimed that assistance was strictly humanitarian. Israel treated wounded Syrian rebels and their families in its hospitals, provided some 1,524 tons of food, 250 tons of clothes, 947,520 liters of fuel, as well as a huge amount of medical supplies.

However, until recently Israel kept vigorously denying any involvement beyond that. The Jerusalem Post’s report in September on the IDF confirming that it had provided light weapons to Syrian rebels was promptly pulled from its website. The newspaper told RT at the time that it was forced to remove the article by the army’s censor, apparently, “for security reasons.”

In November, Maj. Gen. Gershon Hacohen, a former senior commander with the IDF, revealed that former Defense Minister Moshe Ya’alon had personally met with a group of Syrian rebels, without specifying the time period. Ya’alon was Israel’s chief of defense from 2013 to May 2016.

The Israeli military seems to have finally begun to reveal the scope of its involvement in the Syrian conflict, previously shrouded in secrecy. In an interview with the New York Times, Eisenkot acknowledged that Israel has been waging a large-scale bombing campaign aimed at degrading Iran’s military influence in the region. In 2018 alone, the IDF dropped 2,000 bombs on alleged Iran-linked targets in Syria. Sorties into the neighboring country’s territory became“near-daily events” after PM Benjamin Netanyahu’s government greenlighted the expansion of the operation in January 2017, according to the retiring general.