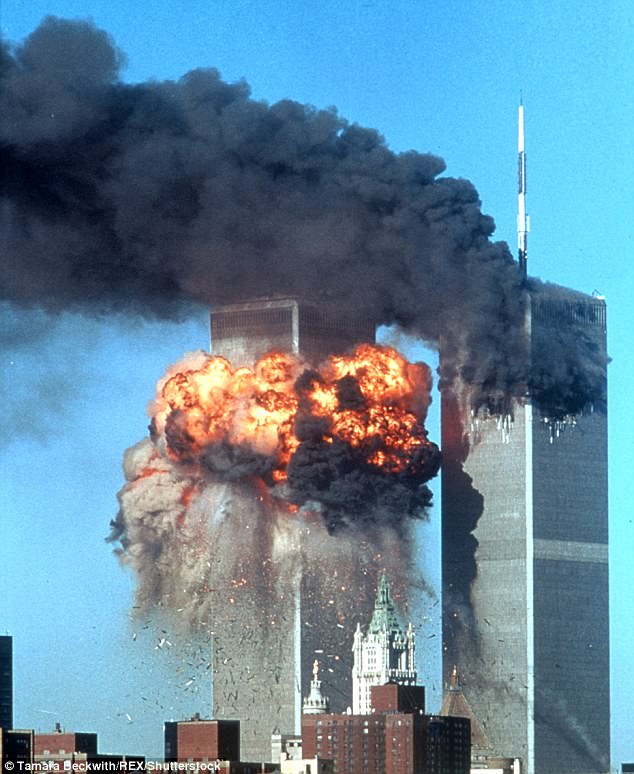 9-11 Black Magic Ritual in Two Acts
Did Leonard Cohen’s song, First we take Manhattan, then we take Berlin, presage the 9-11 attacks and the migrant invasion of Germany? Izabel Ea-kapu believes Cabalist Black Magick
was involved. I can’t follow all of this and welcome your appraisals.
Black and White FIRE Magic around 911
A Performance in 2 Acts:
1. Manhattan
2. Berlin
Perceived and Interpreted by Izabel Ea-kapu
Introduction:
A curse was wrought upon Humanity via the Black Magic Ritual of 911 in Manhattan.
Unbeknownst to the public, this curse was then securely cast into STONE in Berlin in order to thwart any attempt at liberation. The 911 event appeared to unsuspecting humanity like a sudden thunderbolt out of a blue sky. But it was actually carefully planned behind the scenes over decades and was, in essence, the compulsive repetition of an episode that had occurred thousands of years earlier.
A vast network of participants, driven towards accomplishing a mutual goal is needed to perform an act of such proportions. There also has to be an overriding guiding force that keeps the network operating like clockwork. Which human Being could possibly have planned and worked singlemindedly over decades, even thousands of years, towards a particular, multifaceted outcome?
The involvement of supernatural forces comes to mind. Yet, this supermundane, occult aspect has not been given the amount of attention it deserves. Warning signals have been sent out by the cabal in advance and it is their understanding that it is Humanity’s own fault for not recognizing them. One such signal was delivered via Jewish singer/songwriter/Black Magician Leonard Cohen, when he composed “First we take Manhattan, then we take Berlin” in 1987.
The prophetic significance of this song in regards to the destruction of the World Trade Center, namely the Manhattan aspect of the story, has been recognized by a few people and articles have been written accordingly.
In this synopsis, the Berlin aspect shall also be revealed. Moreover, the origin of the 911 Mystery shall be uncovered as well as the battle between the Black and the White Esoteric Initiates that has been raging ever since.
1. Manhattan:
On Tuesday, September 11, 2001, a Voodoo performance took place. In Voodoo, an effigy is substituted for the real target. In this case, the effigy was the 3 towers (1, 2, and 7) of the WTC. The real target was the etheric bodies of humanity, by which liberation can be achieved. One needs basic esoteric knowledge in order to grasp the significance of the event. This knowledge is neither good nor evil, but can be used either way.

**Mark Passio – himself a professed former Priest of Satan – in his lectures on 911 (seen on YouTube) regards this Black Magic Ritual as a HOLOCAUST offering, crucial for the establishment of the New World Order.  According to his expertise, esoteric symbolism and numerology of  3 major occult systems were involved in the sorcery: Kabbalah, Tarot, and Freemasonry – all three with Jewish roots.
On the other hand, the Tibetan Tantric Traditions of  Buddhism and Bön use the very same esoteric principles for the liberation of Humanity.
**Vienna, Austria, is the architect of the Waltz, recognized as Dance of Enlightenment by high initiates. In opposition, 2 Jewish “artist” groups of that city acted as Voodoo enablers: Gelatin and Andre Heller.
Gelatin stands for Orica Powergel 901, an explosive stored in Tower 1 together with remote blasting caps BB18. The group was granted unrestricted access to the Tower via the LMCC-program, founded and financed by Jew David Rockefeller, and lead by an Israeli Mossad agent. The FIREworkExplosion was part of the Apotheum = distortion of reality, by which Humanity is kept confused and ignorant by design. While residing in Tower 1, Gelatin created a literally huge hint at the origin of the Apotheum: a 200 foot long, 20-foot high Pink Rabbit, eventually laid to rest in the Italian Alps in 2005 — the same year in which a HOLOCAUST-Memorial was inaugurated in Berlin. The Rabbit is famous since “Alice in Wonderland” who experiences the Apotheum through the use of drugs.
**In the White Magic of “The Matrix”, Neo follows the White Rabbit to explore the nature of he Apotheum. Trinity stands for the HighPriestess of the Tarot and for WTC Tower 7.

At CERN, sponsored by Rothschilds, Rockefellers and other Jewish bankers, we find the origin of the Apotheum: Alice (A Large Ion Collider Experiment) and Atlas (A Toroidal LHC ApparatuS) are the prominent parts of CERN’s setup. Following Alice in a counterclockwise motion, we end up at Atlas, who, according to Plato, was the first king of  ATLANTIS. Through the abuse of the FireCrystal in Atlantis, the entire continent sank, culminating in the Apotheum we find ourselves trapped into this day, which is a Hologram. Within it, history repeats itself. The Tibetan teachers occasionally remark to their students that one only needs to look at oneself carefully today in order to know exactly who one has been in former incarnations. CERN is dedicated to recreating the FireCrystal. Will CERN recommence the flood?
**The Dogon Tribe of Mali reenacts the sinking of Atlantis regularly. They say the FireCrystal was taken from the cabal to the Pleiades.  Later brought to Shambhala outside the Apotheum. There, the Black Magic is counter-acted continuously. To reunite Atlantis with today’s Apotheum, 24 initiates of White Magic travelled to Shambhala, guided by the Ascended Masters. On Tuesday, September 7, 1999, at 2:45 pm —  MirrorImage of 911 and exact time when Atlantis sank — the reconnection was accomplished. The Apotheum is being exposed and slowly crumbling ever since.
2. Berlin
**In 1987 – year of the Rabbit, the same year Leonard Cohen published his Manhattan-Berlin song, Andre Heller floated a Black Knight hot-air ballon over the WTC. Already in 1984 he laid the occult foundation for the Holocaust Memorial in Berlin with spectacular FireWorks at the Reichstag building. 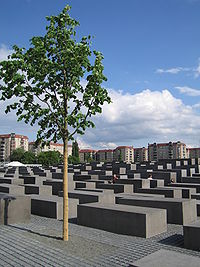 **The eternal enmity between the 2 opposing forces is due to jealous god Jehovah, who swore war against the Amalekites from generation to generation. Rabbis have identified the Amalekites as today’s Germans. **The Hopis hold that the benign, implosive aspect of the FireElement was entrusted to the White Race in the Old World. In the 3rd Reich, the Vril society developed advanced implosion technology, related to the counterclockwise Swastika of VENUS the BLACK SUN. Venus, the heart chakra of our SolarSystem, rotates counterclockwise around her own axis. So does her Tantric Partner Neptune. Together they dance the Waltz of Enlightenment around the sun. Lucifer, the Logos of Venus, has been buried in Jehovah’s atrocity propaganda since the Garden of Eden. Buddha teaches that jealous gods are neither enlightened nor immortal and one should not choose one of them as one’s teacher.
Related– Lyrics to “The Future”