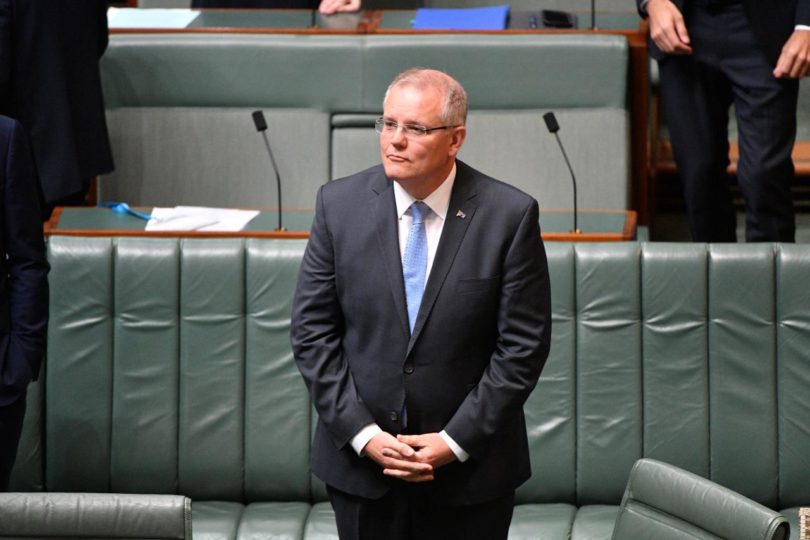 On November 12, 2012 the former Prime Minister of Australia, Julia Gillard, set into motion a Royal Commission to inquire into institutional responses to child abuse. Five years later, in December 2017, the Royal Commission presented its final report to the government, an absolutely damning indictment against institutions that dealt with children, including the Catholic Church. As a result, the current Australian Prime Minister, Scott Morrison, delivered a public apology on October 22, 2018.

Whether or not this public apology from both Morrison and the opposition leader Bill Shorten was as sincere as it was eloquent is a matter of conjecture. When Morrison says that “today, as a nation, we confront our failure to listen, to believe and to provide justice,” does he really mean to suggest that a problem as rampant as this was allowed to continue for so long simply because they did not believe the claims by children who were sexually abused? Or did Morrison leave a clue that there is something deeper and more insidious going on here?

For most of us, it is difficult to make sense of the prevalence of child sexual abuse described by the Royal Commission. Keep in mind that these claims only account for the small percentage of sexual abuse survivors who were willing to come forward. We cannot hear from those who died, nor from the children who didn’t come forward.

Child sexual abuse is often systemic, organized, and highly promoted in many corners of the world by a central power structure that remains hidden from sight. This power structure has several different names but for this article I will use the term ‘Illuminati,’ referring to an elite group whose role and nature I describe in much greater detail in my Lucifer Series.

The Royal Commission did not go so far as to suggest the existence of this central power structure, and to be fair, that would be beyond their mandate. Their main focus was the ways in which institutions fail to properly deal with claims of child sexual abuse perpetrated by individuals within their organizations. In their analysis of institutions where incidents of child sexual abuse were found, the commission had these rather broad observations:

Cultural, operational and environmental factors within institutions can all affect the likelihood of children being sexually abused and the prospect that abuse will be identified, reported and responded to appropriately.

Institutional cultural factors include leadership and organisational culture, which shape assumptions, values, beliefs and norms. These influence, among other things, how individuals behave when interacting with children, what is understood to be appropriate and inappropriate behavior, and how children’s well-being and safety is prioritized. They can include risk factors such as the failure to listen to children, or prioritizing the reputation of an institution over the safety and well-being of children.

Operational factors include governance, internal structure, day-to-day practices, the approach to the implementation of child-safe policies and the recruitment, screening and training of staff and volunteers. They can include risk factors such as institutional hierarchies that inhibit identification of abuse and allowing perpetrators to remain in positions where abuse can continue.

Environmental factors include the characteristics of physical and online spaces that enable potential adult perpetrators and children with harmful sexual behaviours to access victims. They can include risk factors such as access to children in isolated or unsupervised locations, and the use of online environments to groom and abuse children.

The Government Is Part Of The Problem

One of the greatest reasons that it is difficult for a government to admit that the prevalence of pedophilia and sexual abuse is managed by a central power that is grounded in Satanic rituals and practices is that governments are very much entangled in the web of the Illuminati power structure. Of course not all government employees are involved in ritual sexual abuse; however, as evidenced by the testimony of Anneke Lucas that CE will release on January 17th, the opportunity to rise to positions of great power and influence within governments is often predicated on one’s willingness to move into the inner circles of the Illuminati and eventually participate in the Satanic rituals.

And so, even as Scott Morrison and opposition leader Bill Shorten make what seems to be a heartfelt apology to the nation of Australia, one has to wonder how many of the politicians in attendance, especially the more powerful ones, sit there knowing how extensive the reach of this power structure is. That being said, it is interesting that Scott Morrison slipped the term ‘ritual’ into his speech:

The crimes of ritual sexual abuse happened in schools, churches, youth groups, scout troops, orphanages, foster homes, sporting clubs, group homes, charities, and in family homes as well. It happened anywhere a predator thought they could get away with it, and the systems within these organisations allowed it to happen and turned a blind eye. It happened day after day, week after week, month after month, and decade after decade. Unrelenting torment.

Nowhere in his speech did Morrison elaborate on what he meant by ‘ritual’ sexual abuse. The mainstream view of pedophilia is that it is an act perpetrated by an individual, and in many cases other people turn a blind eye to it. People generally do not see child sexual abuse as a collective, established ‘ritual’ that is an essential part of a group’s religious or spiritual life. However, Morrison’s use of the phrase ‘ritual sexual abuse’ may in itself suggest that public disclosure of these Satanic practices is not far behind. The fact that he would be permitted to introduce the term to the public from a seat of authority is a promising sign.

With a little digging, one could find stories compiled by the Royal Commission like this one from Lillian Jane that hinted at the uncovering of  these ‘ritual’ practices:

Lillian was sexually abused and raped by her father from a very young age. He would also allow his friends to gang rape her. When she was six years old, in the 1960s, police removed Lillian and her siblings from their father’s care and she became a ward of the state of Queensland.

She was fostered through kinship care and placed with her grandmother.

They took [me] off our parents for a very good reason and I’m grateful to them for that. However, the choice of giving [me] to our … paternal grandmother was a very bad one. How anyone can believe that taking a child from [an] abusive … father and giving [her] to the person who made him what he was … just boggles the mind.’

Lillian’s grandmother believed that Lillian and her sisters had ‘bad blood’ and were ‘a disgrace’ to the family.

Lillian said her grandmother was also involved in the ritual torture and murder of children. In collusion with two prominent men in town, she would obtain unwanted children for these ceremonies. When Lillian was eight,

she became traumatized during one of the rituals.

‘I was holding this little girl’s ankles … and she just looked at me pleading for help and I couldn’t help, I was only eight. I couldn’t even help myself. So, I went to my teacher the next day because something had to be done.’

‘I told my teacher … because I trusted my teacher and she was so horrified, she couldn’t believe what I was telling her, and she told my grandmother …’

‘My grandmother called me into the kitchen and she was really calm … and said “If you ever tell anyone again you will be the next on the block” … I never told anyone again.’

Because of Lillian’s care status, a caseworker would periodically turn up to check on her and her siblings. While she was terrified to speak with him at all, and certainly not about her abuse, she found comfort in his presence.

‘If it hadn’t been for the fact that the caseworker was checking on us … I would have been dead.’

Lillian remained in her grandmother’s care until she was a teenager, when she was sent to look after a relative’s children. The relative raped her and, when her grandmother found out, Lillian was forced to marry him. The relationship continued to be physically and sexually violent.

She remained with her husband for a number of years, but grew suspicious that he was molesting one of their children. When she confronted him about it, he beat her brutally.

‘I rang local police and asked if I could change the locks while he was at work. And the police officer, and I’m so grateful to him, said “Why?” and I explained to him what had happened … he said, “Get out now. Take the children and what you’ll need. Get out of that house. I don’t want you to stop for anything. Grab what you’re going to need, just get out now. And here’s the number to call when you’re somewhere safe.” That man saved my life. I’ll always be incredibly grateful to him.’

Lillian escaped with her children and this was a turning point in her life.

Her testimony suggests that Lillian’s family is rooted in or connected to an Illuminati bloodline, though it may have begun to break away from Satanic practices and was just playing out trauma. Lillian’s grandmother’s involvement in the ritual torture and murder of children, wherein the children in her care were forced to participate, would signify to me that she was a practicing member of the power structure as she participated Satanic ritual sacrifices of children, which are an essential element of Illuminati practice.

At the time Lillian told her teacher about being forced to participate in ritual child sacrifice, the teacher was so unprepared to accept that reality that she did the most egregious thing and let Lillian’s grandmother know about it, causing the continuation of Lillian’s abuse and suffering for a great number of years. Scott Morrison’s inclusion of the word ‘ritual’ in his apology about institutional child sexual abuse may be something small, but it is an important sign that people may be more prepared to believe the story of a child like Lillian, and become part of a solution to this problem rather than an unwitting accomplice.

Our team recently flew to New York City to interview and capture the life story of one of the most courageous, and loving souls we have ever met named Anneke Lucas. Anneke is a survivor of elite ritual child sex slavery and disclosed her incredible escape and her healing journey on over four hours of video footage for CETV for the first time ever. This interview series and testimony launches Jan 17th, and you can register free here to watch it.

There has always been an occult, esoteric realm in human existence that has wielded great power in shaping the perception of the masses. Up to now, the workings of this esoteric realm have been hidden and quite separate from the life of ordinary individuals. Yet there is every reason to believe that the veils of illusion are lifting, and that the real truth about the activities that have been hidden from sight are poised to soon be part of mainstream discourse. Of course many will be shocked and traumatized by it all, but this is an essential step to take in our evolution. In my mind, the esoteric world and the world of mainstream perception have started to blend into one, and the use of the term ‘ritual sexual abuse’ in a public statement from an official seat of government signifies a part of this process.