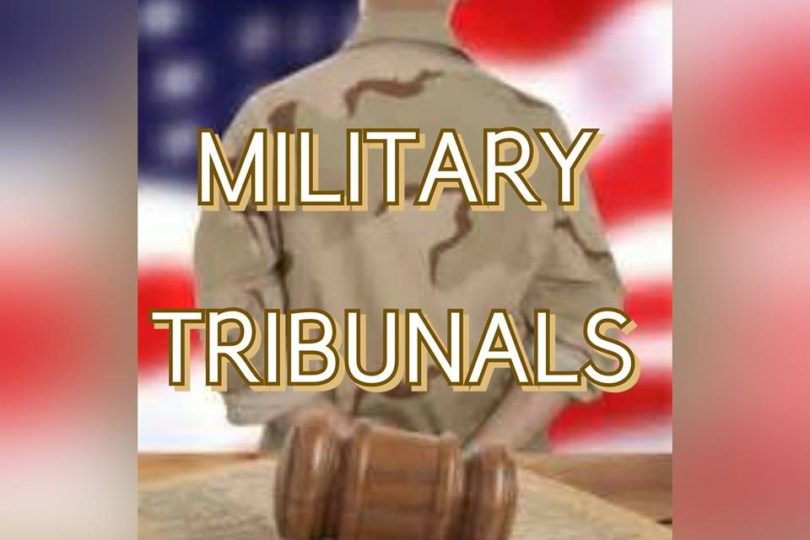 What does Trump’s new Executive Order published on March 1, 2018 mean? It gives new powers to the Department of Defense by allowing civilian courts and lawyers to be used to augment military staff during military tribunals. It also alludes to the current law allowing Martial Law to be declared during times of National Emergency or during any threat to National Security. We are already declared, via Executive Orders, to be in a state of National Emergency. Are we going to have military tribunals of US civilians? Is this akin to Martial Law?

For the first time in history, experienced civilians to take part in the US Military court-martial process—thus clearing a path for mass “Deep State” arrests whose trials and sentencing would not impact the normal flow of the US Military justice system.

The rumored 14,000 sealed indictments being served against pedophiles and the Gitmo housing expanded by 13,000 beds in the US budget relate.

What does Trump’s Executive Order mean? It means that all Hillary funds, laundered through the Clinton Foundation, will be confiscated. She and Bill accepted deposits from African dictators known for their human rights abuses. All Soros funds will be confiscated. Any Saudi funds on US soil that the King cannot access will be confiscated. US politicians known to be padding their pockets with drug money will find this confiscated, and that includes Herbert Bush, the drug Kingpin.

The frenzy to remove Trump from power has many sources. The criminal Clinton cabal has been double dealing the public for years, and money buys a lot of allegiances. If the public had been privy to the secret trials conducted by Dunford last year, they would have been horrified. Selling 20% of the US uranium rights for $145 million while Secretary of State was just the tip of the iceberg. The Clinton Foundation, wherein only 5% went to actual charities, was a massive money laundering machine. Hillary is under house arrest now.

But what of the period between March 1 and the point in time when the official status of the Junta is admitted? During this time, ongoing in the present, Military Tribunals are in effect, confiscating drug money and payoffs so they cannot go into the pockets of the Bush/Clinton/Soros/Netanyahu cabal. Pedophile blackmail material is being confiscated. Trump’s March 1, 2018 EO covers that problem by stating that the time frame between March 1 and the end of 2018 should likewise be covered. So we are to assume that the Junta expects its official status to be made public by this time.

What was astonishing was that none of what is termed Major Media brought this up as a topic nor discussed this among their talking heads. Not CNN, not Fox News, not MSNBC, not RT – none of them.