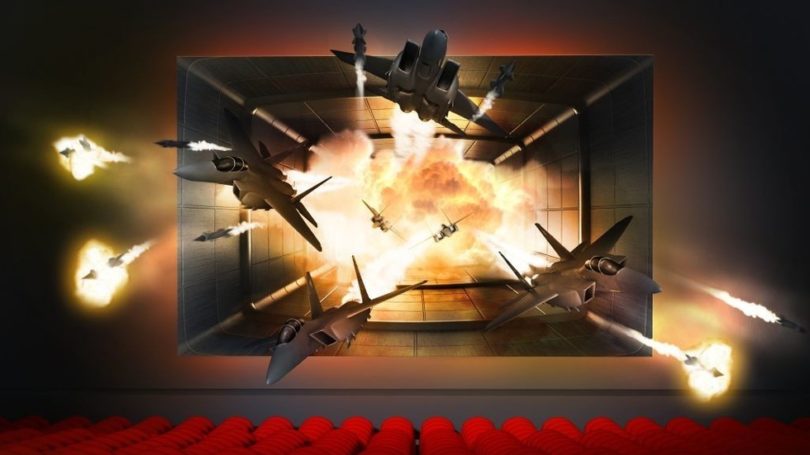 The announcement by President Trump that US troops would be leaving Syria has been met with anger not just by neocons, but by Hollywood ‘liberals’ too. Aren’t progressives supposed to oppose wars and illegal occupations?

Of course, we have to be cautious. Trump’s announcement of a troop withdrawal from Syria, for now at least, is just words. We need to see evidence of soldiers leaving before we start to celebrate. We need to read the small print with a large Sherlock Holmes-style magnifying glass.

Even so, it’s a positive development as it marks a further winding down of the conflict. Some though don’t see it that way.

Trump’s inexplicable decision to abruptly withdraw U.S. troops from Syria is the single largest gift to Putin that Putin has received since Trump became president. A major and unrecoverable strategic blunder by the US https://t.co/4Kgrh3mwTD

We knew neocons would be upset by the news. They want the US to be in Syria forever. We knew Britain and France – who have invested so much in trying to bring down the Assad government – wouldn’t be happy either. But it’s the reaction of Hollywood liberals which is the interesting thing.

I’m old enough to remember when liberals hummed Pete Seeger songs and marched against wars and illegal occupations of global south countries. When they denounced imperialism and the racist attitudes which underpinned it.

Today, they seem to support imperialism, war and military occupations.

They’ve gone from being anti-war to anti anti-war. The bogus doctrine of ‘humanitarian interventionism’, promoted by warmongers to sell old fashioned wars of plunder, and rampant Russophobia, which blames the ‘Evil Putin’ for just about everything, have clearly addled quite a few brains.

Mia Farrow is worried that a US exit from Syria “benefits Russia, ISIS-still active, Iran and Assad’ and is also concerned that the Donald did not “consult the Pentagon.”

As Trump pulls troops out of Syria, we must acknowledge the enormity of the world’s failure to halt a humanitarian catastrophe . U.S exit benefits Russia, ISIS – still active, Iran & Assad. Was this agreed to during Putin/Trump’s 2 hour Helsinki meeting- without witnesses?

Would she have had such complaints if the US president had ordered an immediate withdrawal from Vietnam in 1968?

Withdrawal of this small American force in Syria would be a huge Obama-like mistake. https://t.co/028NOsbyzT

Jay Gatsby may have been ‘great’, Mia, Lindsey Graham most certainly isn’t.

Bette Midler meanwhile says that Trump is pleasing “TWO dictators with one move” in bringing home US soldiers and is ‘abandoning’ Syria to the Russians.

You know, I forgot about #VladimirPutin! He’s probably doing the happy dance right now!! #Trump pleases TWO dictators with one move, bringing home American soldiers from Syria, thereby abandoning #Syria to the #Russians, and the #Kurds to the #Turks!

Talk about the wind beneath one’s wings.

These Hollywood ‘progressives’ are the first to denounce Trump’s ‘racism’ when it comes to his hardline policies on immigration and refugees. They love to virtue signal on that. But at the same time they seem to think the US has a divine right to occupy Syria!

As Caitlin Johnstone has pointed out, all the objections to a US withdrawal from Syria are based on the premise that Syria is America’s property. Just how supremacist/exceptionalist is that?

All of the objections to a possible US withdrawal from Syria are based on the premise that Syria is America's property. It's amazing how much this premise is going unquestioned. pic.twitter.com/Y2YpKVg3pL

As for ‘abandoning Syria’ to Russia, the divine Miss M doesn’t appear to know that Syria and Russia (and before it the Soviet Union) have been allies for many decades. The Syrian government requested Russia’s help in defeating Islamic State (IS, formerly ISIS/ISIL), which at one stage looked like it was going to advance to Damascus. Don’t take my word for it, when you’ve got John Kerry’s. In a leaked tape conversation between the then-US secretary of state and anti-government Syrian activists, Kerry admits the US allowed IS to expand its territory.

“The reason Russia came in is because ISIL was getting stronger,” he said. “Daesh was threatening the possibility of going to Damascus and so forth… We were watching. We saw that Daesh was growing in strength, and we thought Assad was threatened. We thought, however, we could probably manage. You know, that Assad might then negotiate.”

Cher, who described herself in 2012 as a ‘progressive independent,’ is another Hollywood celeb who’s up in arms about the prospect of the boys coming home from the desert. “Who wants US out of Syria? Russia, Turkey, Iran, Syria! Those countries are celebrating. Trump’s their bitch for $$$,” she tweeted.

Again, there’s no acknowledgement that the US has no right to be in Syria in the first place. That’s taken as a given. Cher ‘Believes,’ you see.

Hollywood ‘liberals’ who oppose Trump’s move ought to listen to the words not of neocon hawks from the Republicans but sensible Democrats like Ted Lieu. The Californian Congressman declared: “I don’t care who the President is; if @POTUS gets us out of endless wars, I will support that action.”

That’s the line that liberals would have been taking 50 years ago, but now they’re lining up with the Endless War brigade. They’re no longer singing ‘Kumbaya’ but ‘It’s great to occupy Syria’, which is nowhere near as catchy.

It makes you better appreciate the stance of actors like John Wayne, who at least, when supporting US military actions, cut out the sanctimonious bull****.

It’s a similar story of double standards in Europe. The self-appointed guardian of ‘European values’ the insufferably pompous Guy Verhofstadt, thinks that the US ending its illegal occupation of a sovereign state is a very bad thing and uses it to push the case for a new European army. Again, who needs right-wing warmongers when you’ve got ‘liberal’ virtue-signalling ones like Guy around?

A victory for Russia, Iran, Turkey, Turkish proxies & the Syrian regime. Unsurprisingly, it leaves Europeans more vulnerable – and shows how wrong it is that we do not have a defence force able to help stabilise our immediate neighbourhood. https://t.co/4LPB21X3dm

What Trump’s announcement has revealed is how many ‘progressives’ are absolutely hooked on the idea of US military interventionism. They’re terrified of Uncle Sam bringing his troops home even though all the evidence shows that US interventions have been a major cause, if not the major cause, of instability around the globe these past twenty years.

To all neoliberals/neocons running around with their hair on fire because Trump signaled a pullout from #Syria. If you believe that this endangers our country, why dont you fly to the frontlines & take up arms instead of sending poor Americans to die while you tweet from behind.

The anti-war liberals of the 1960s would be horrified to see how their 21st century successors have morphed into apologists for empire and are linking arms with absolutely the worst warmongers on the planet. George W. Bush, the illegal invader of Iraq, is lionised by the same people now attacking Trump.

Bush destroyed an entire country based on false claims about it possessing WMDs and his policies directly led to the rise of IS. But hey, he gave Michelle a candy at John McCain’s funeral and criticised Trump on immigration so let’s celebrate him as one of the good guys!

That’s how perverted 21st century celebrity ‘liberalism’ has become. If Trump had announced yesterday that instead of a pull-out, he was launching a full-scale ‘humanitarian’ invasion of Syria and a permanent military occupation of the country in the name of ‘anti-racism’, ‘anti-sexism’ and ‘anti-genderism,’ he’d be a Hollywood hero too.

As with Iraq, it wouldn’t matter how people were killed.