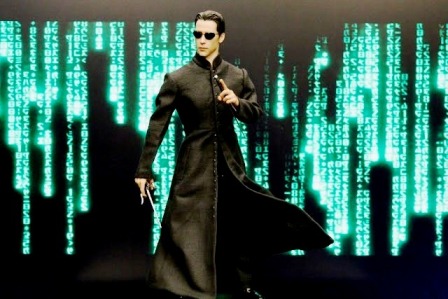 All the goals of the WWII were achieved. Those, who organized this war, still benefit from its results, because they are the real winners of the war by default, unnamed and unidentified by both, winners and losers.

The main goals of the war were: first, a significant reduction in Russian and German population of reproductive age. Second, an occupation of Germany, and as a result, gaining control over entire Europe.  Finally, the creation of the state of Israel.

Besides these main goals, there were many others. All of them, most certainly, were achieved.

The preparation for the WWII started with the WWI, which both of two main participants lost, after millions of their people were turned into mountains of bones. They both lost. This is how it was planned.

After the WWI, Russia was thrown into the October revolt, followed by, as it’s typical, an extermination of the predominantly Russian population of reproductive age, and the division of the Russian Empire’s territory into several ethnic republics while giving them all the symbols of statehood and the rights to secede from the union. That’s it. The preparatory stage for the division of the Russian Empire that Russians have built for thousand years was accomplished. After that the Russians were allowed for a few years to bring up young people for the Second World War, to build manufacturing plants, to make and buy weapons, to build thousands kilometers of roads and railroads.

After the World War II, those who survived had to rebuild everything that was destroyed, and to build on the country’s borderland territories, turned into ethnic pre-states, entire infrastructures to prepare them for their independence. Those plans of industrial development were specifically designed to place Russia in a state of co-dependency from its borderlands and to leave Russia itself in a vulnerable state in terms of production capacities. Gas and oil pipelines, joint arms manufacturers, heavy machinery manufacturers, everything was strategically placed outside of the Russian Federation. Even its spaceport Baikonur Cosmodrome  was located outside of Russia, in Kazakhstan, and so on and so on. The next most important stage was further division of Russia into ethnic republics with the symbols of independent statehood assigned to them.

At this most interesting point, Putin has appeared. The grand plan was smashed, all its parts got mixed and mashed. The second part of the plan didn’t work out. Hastily, they started engineering a new plan, while the second plan of the grand scheme, the division of Russia, was folded. It doesn’t mean that they canceled this plan. It’s just mean that they put it aside for future,  due to impossibility of its implementation.

We have to understand this, and we have to remember that just circling the wagons and remaining in defense won’t destroy this plan. To make our enemies’ task very difficult, if not impossible, we have to keep moving forward, which in our case means moving backward, growing like a snowball, reabsorbing all those territories, all those people that our enemies captured and took away from us. We have to restore the motherboard of our country.