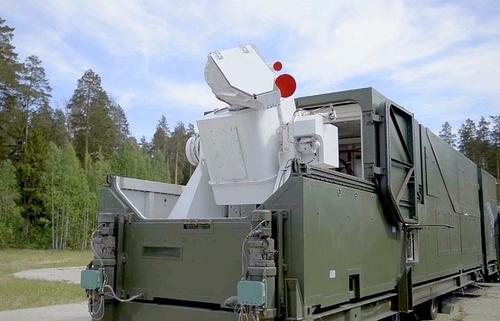 Secretary of State Mike Pompeo made it clear Tuesday that the US will stop adhering to the Intermediate-Range Nuclear Forces Treaty (INF) in 60 days unless Russia “returns to full and verifiable compliance.”

That move sparked a deepening in the Cold War 2.0, as a new video was published Wednesday in Russian state media reminding the West, Russia possess advanced weaponry, like its latest laser combat system.

“Peresvet laser systems, based on new physical principles, entered combat service in testing regime with the Russian armed forces,” the paper said. “The armed forces started receiving them in 2017 as part of the state procurement program.”

During President Vladimir Putin’s State of the Nation Address on March 01, he shocked the country’s political elite by claiming Russia had developed new nuclear weapons that cannot be shot down by US anti-ballistic missile defenses. Putin also said laser weapon systems, an underwater nuclear-powered drone, and nuclear-powered cruise missiles were in development.

In July, around the same time Putin warned that any country looking to try and include Ukraine or Georgia in the NATO sphere of influence “should think of the possible consequences of this irresponsible policy” because Russia would “respond in kind to any aggressive steps that directly threaten Russia,” the Russian Defense Ministry for the first time published a video showing six new super weapons, including the new laser weapon.

As part of the State Armaments Programme, Russian Space Force received a state-of-the-art weapon based on new physic principals – combat laser system. At present, the #Peresvet laser complex has been deployed at the sites, troops train to operate new weapons pic.twitter.com/stvCpV8MCV

As of right now, the Russian Defense Ministry has not provided details on the directed energy weapon. However, the country wants Washington to know that if the US abandons the treaty, as Pompeo and other Trump admin officials have said, then Russia is ready to defend itself with new superweapons in case of an attack.

“If the INF treaty is destroyed, we won’t leave it without a response,” General Staff chief Valery Gerasimov said Wednesday. “You as military professionals must understand that the target for Russian retaliation won’t be U.S. territory but the countries where the intermediate-range missiles are deployed.”

National security advisor John Bolton alleges that Russia is already in breach of the INF Treaty and has 60 days to become compliant before the Trump administration cancels the agreement. Secretary of State Mike Pompeo made the demand Tuesday in a meeting between NATO leaders in Brussels.

Putin called the potential breach of the treaty a “thoughtless step” and said that Russia would “react accordingly.”

“Many other countries—about a dozen of them, probably—produce such weapons [in breach of the INF treaty], and Russia and the United States have limited themselves bilaterally,” President Putin said Wednesday, according to a Financial Times report.

“Now, apparently, our American partners believe that the situation has changed so much that the United States should have such a weapon. What is the answer from our side? Well it is simple: we will also do it then.”

Here is the new video of the Russian-made combat laser: