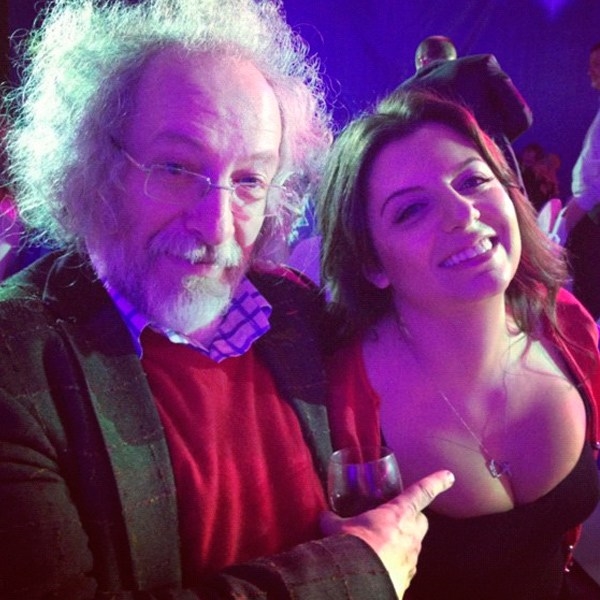 On December 10th the Russia Today news agency had celebrated its 13th anniversary.

The RT, as people call it affectionately, is one of two or three top news agencies in the world, combining its Western language broadcasts and Arabic and Russian language segments.

For three decades, Russian public has been suffering from horrifically destabilizing effect of the Liberal media that solely expresses interests of their foreign backers and their Israel based owners. On their Russia-hating and anti-Orthodox Christian background, the RT looks like a shiny “City upon a Hill.” They had their own snafus, but infrequently and mostly due to the West states attacks against them and their journalists.

In a few tweets, the RT editor-in-chief- Margarita Simonyan  first congratulated the company she manages with an anniversary.

“Today we have turned 13. This is what they write about us: The Washington Post: “the Secret of RT’s influence should be a subject of further investigation, since we don’t know how to explain it, yet.” This tweet was followed by quotes with the similarly obtuse statements made by Hillary Clinton, Macron, and the EU security commissioner Julian King.

Further, Simonyan tweeted: “We solemnly swear that we will continue to irritate, frighten and anger the mainstream establishment. Happy birthday, RT!”

From the context of other tweets, it seemed that she was referring to the Western ruling class and calls it “a mainstream establishment.”

The following day, on December 11th, however, it wasn’t the Western ruling class Simonyan was fencing with.

“You might laugh,” she tweeted, “but the media in Russia is really becoming the fourth power. Right in front of our very eyes.”

The tweet contained a link to the RT report titled “The Interior Ministry will monitor a process of granting Russian citizenship to a refugee from Donbass and her son.”

The leadership of the main department for migration of the Ministry of Internal Affairs of Russia took control over a case concerning delays in citizenship of the former Donbass resident Ekaterina Astashkina and her son born in the Moscow region, after her story was published by RT in the framework of the project “Not One On One“.

No one argues here, this is a good cause, and a Russian woman should be granted citizenship long time ago. In this juncture, RT’s help is very much appreciated.

Here is what the majority of people reading Simonyan’s tweet found extremely troubling.

“You might laugh, but the media in Russia is really becoming the Fourth Power. Right in front of our very eyes.”

Only one year ago, in her speech on July 4, 2017 at the Third China-Russia Media Forum in Moscow , Simonyan pointed out at the trend of unelected media personalities to influence minds of entire nations. See, “Simonyan: Media, Russia and China should work together to counter fake news.”

“We are living in a unique time, when the Media, the so-called fourth estate, in different countries tries to become and sometimes becomes the first government, sets the rules of the game, manages public opinion,” Simonyan said.

As a result, she noted, the media changes not only the attitude of people to a particular political leader or state, but also core values.

“Although not elected, this fourth power, nevertheless, takes it upon itself to decide the fate of people and nations”, said Simonyan. “The effect of such actions, she said, is greater than that of any army in the world.”

“No war was started in recent years without the strong artillery support of the world press,” Simonyan said, noting that there are not so many voices in the world that are able to resist the “mainstream  media in making up history” by making up fake news.

Only a few months later, and assuming that We The People have no memory, Simonyan, who had never run for an office and never been elected, has decided to take power in this country into her own hands.

“You might laugh, but the media in Russia is really becoming the Fourth Power. Right in front of our very eyes.”

No one is laughing. Not one. The prospect of being ruled by an unelected group of out-of-control liberals is not funny, it’s terrifying.

Featured image: Margarita Symonyan and Alexander  “We All Going to Die” Venediktov