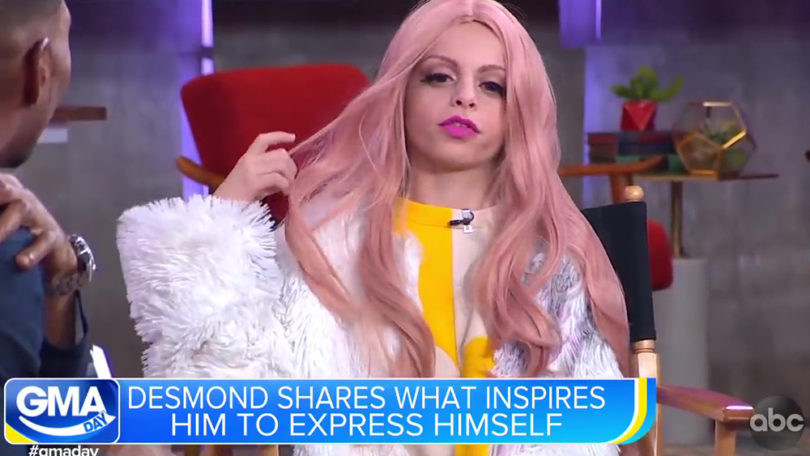 Buoyed by relentless virtue signaling and a cult-like desire for popular conformity, LGBT activism has now morphed into the blatant sexual abuse of childrenwith “gender fluid” brainwashing and “trans worship.”

Yes, the insane Left is now targeting children for their sexualization and transgender indoctrination. No child is safe as long as Leftists get to define what’s “acceptable” in popular culture.

Demonstrating the child abuse that’s now celebrated by the virtual signaling Left, Good Morning America recently hosted a transgender child who was worshiped like a queen (pun intended) during the propaganda broadcast. Known as “Desmond is Amazing,” this trans child has no idea he is being used by adults in a twisted sexualization LGBT scheme that seeks to dress up dress up young males like female whores and parade them around to fulfill the bizarre pedophilia sex fantasies of adult Leftists.

This incredible mental child abuse is applauded as “heroic” and “courageous,” while obedient Leftists virtue signal with their own applause, watching a human child be indoctrinated into a sick, twisted left-wing cult of pedophilia and perversion:

Yes, this is America… A parade of mental illness indoctrinating children into deviant sex expression:

The left-wing audience obediently applauds, since no one dare say the Emperor wears no clothes:

What you are witnessing here is no longer the fringe Left… it’s daytime television programming for mainstream America. Anyone who opposes this sick sexualization of children is immediately branded “transphobic” and is permanently silenced on all technology platforms.

Even those who decry the routine genital mutilation of little girls are now silenced and banned. According to the Left, you must love mutilating the genitals of young girls, and you must adore the transgender sexualization of young boys.

If you don’t love the maiming of the genitalia of little girls — and the sexualization abuse of little boys — you are branded “intolerant” and labeled someone who spouts “hate speech.”

Yes, this is the new America run by child abusing Leftists. Oh, and to top it off, those same deranged Leftists also hate America, reject the rule of law, steal elections, despise the Constitution and want the country to be overrun by murderous, raping illegals who are fleeing criminal prosecution in their home countries.