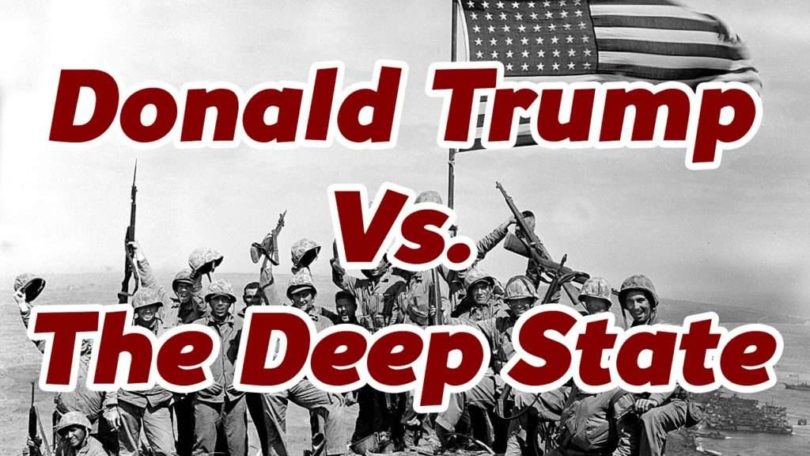 …While TPTB Rape, Pillage and Plunder the Whole World

What an effective way to distract We the People from their multi-decade crime spree and treasonous corruption as the globalists perps use our tax dollars and commit crime waves in our name.

SOTN Editor’s Note: Do you get it yet?

This is how they work.

While the New World Order globalist cabal is literally out destroying the planet and wrecking nations large and small, they go after the only guy in American government who wants peace with Russia.

So, let’s get this straight.

In other words, the same Deep State operatives who are pursuing the prosecution of President Trump with a vengeance (for practically nothing) are themselves guilty of genocide, war crimes, malicious destruction of property, crimes against humanity, mass murder, grand theft, malfeasance on a massive scale, etc. and off of their ongoing cover-ups.

You can’t make this stuff up it so friggin’ over the top…and unbelievable.  Which is why the average American is so clueless.  They simply don’t want to believe the grim reality it’s so scary and threatening to their dream world.

Trump’s only way out of this mess is to prosecute the worst of them post-haste the same way that President Putin imprisoned the richest guy in Russia—Mikhail Khodorkovsky — for 10 long years.  The excerpt below explains the best way forward.

The single best move President Trump can make in 2018 is to borrow a page from the Putin playbook.  As follows:

Russian authorities began the process of removing oligarch Mikhail Khordorkovsky from Yukos Oil in 2003, three and a half years after Putin was first elected president.

This sole act by the Kremlin was the defining moment of the Putin era. Nothing even comes close.

What this brilliant move did was put all the other oligarchs on notice. “Don’t mess with Putin!”

From that point forward, either President or Prime Minister Putin was able to carry out the necessary reforms to stabilize the Russian Federation. Which he has done with astonishing success.
(Source: Soros Must Be Arrested, Prosecuted and Imprisoned to Prevent Civil War)

The upshot of this analysis is that the POTUS must arrest and prosecute the likes of Soros, Clinton, Obama, Brennan, Clapper, Hayden, Comey, Mueller, Lynch, Holder, etc.  And he should begin with Soros to send a message — LOUD AND CLEAR — that he means business.  Of course, because of his current AG nominee, Trump cannot use the DOJ to mete out the necessary justice.  But what he can do is this:

MILITARY TRIBUNALS: Why They Are Absolutely Necessary

Which is exactly why Deep State continually trot the talking heads across the stage of all the major MSM news platforms as seen in the article posted below.  The globalists traitors know they’re for it. 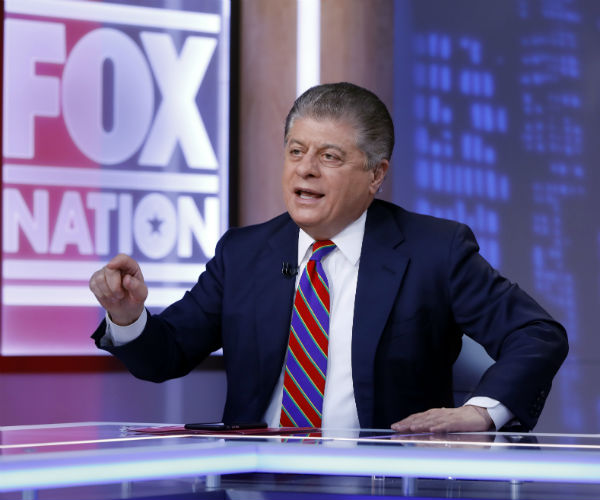 “This is the Southern District of New York,” Napolitano said during an appearance on Fox News’ “America Newsroom” on Monday morning. “This is the oldest and most prestigious federal prosecutors’ office in the country. They would not make an allegation like that if they did not have corroborated evidence to support it.”

“And they cannot make an allegation like that unless they’re going to do something with it,” he added.

Federal prosecutors Friday said Trump during the 2016 election directed his former lawyer Michael Cohen to make illegal payments to two women who claimed they had affairs with the then-Republican nominee, a violation of campaign finance laws.

Trump has not been charged with a crime and has repeatedly denied having affairs with the women, Stormy Daniels and Karen McDougal. The filing in the Southern District does not directly name Trump, but makes multiple references to him as “Individual-1.”

Napolitano said he believed prosecutors could press ahead with an indictment.

“My view is that he can be indicted, but cannot be prosecuted until leaving office because the disruption to the government of the prosecution would be far more than the Constitution tolerates,” he said.