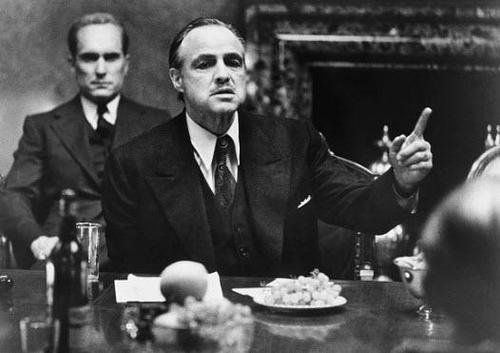 Authored by Raja Murthy via The Asia Times,

“The only wealth you keep is wealth you have given away,” said Marcus Aurelius (121-180 AD), last of the great Roman emperors. US President Donald Trump might know of another Italian, Mario Puzo’s Don Vito Corleone, and his memorable mumble: “I’m going to make him an offer he can’t refuse.”

Forgetting such Aurelian and godfather codes is propelling the decline and fall of the American empire.

Trump is making offers the world can refuse – by reshaping trade deals, dispensing with American sops and forcing powerful corporations to return home, the US is regaining economic wealth but relinquishing global power.

As the last leader of the Union of Soviet Socialist Republics (USSR), Mikhail Gorbachev’s perestroika (restructuring) led to the breakup of its vast territory(22 million square kilometers). Gorbachev’s failed policies led to the dissolution of the USSR into Russia and independent countries, and the end of a superpower.

Ironically, the success of Trump’s policies will hasten the demise of the American empire: the US regaining economic health but losing its insidious hold over the world.

This diminishing influence was highlighted when India and seven other countries geared up to defy Washington’s re-imposition of its unilateral, illegal sanctions against Iran, starting Monday.

The US State Department granting “permission” on the weekend to the eight countries to buy Iranian oil was akin to waving the green flag at a train that has already left the station.

The maverick 45th president of the United States may succeed at being an economic messiah to his country, which has racked up a $21.6 trillion debt, but the fallout is the death of American hegemony. These are the declining days of the last empire standing.

Emperors and mafia godfathers knew that wielding great influence means making payoffs. Trump, however, is doing away with the sops, the glue that holds the American empire together, and is making offers that he considers “fair” but instead is alienating the international community– from badgering NATO and other countries to pay more for hosting the US legions (800 military bases in 80 countries) to reducing US aid.

US aid to countries fell from $50 billion in fiscal year 2016, $37 billion in 2017 to $7.7 billion so far  in 2018. A world less tied to American largesse and generous trade tarrifs can more easily reject the “you are with us or against us” bullying doctrine of US presidents. In the carrot and stick approach that largely passes as American foreign policy, the stick loses power as the carrot vanishes.

More self-respecting leaders will have less tolerance for American hypocrisy, such as sanctioning other countries for nuclear weapons while having the biggest nuclear arsenal on the planet.

They will sneer more openly at the hysteria surrounding alleged interference in the 2016 US presidential elections, pointing to Washington’s violent record of global meddling. They will cite examples of American hypocrisy such as its sponsorship of coups against elected leaders in Latin America, the US Army’s Project Camelot in 1964 targeting 22 countries for intervention (including Iran, Turkey, Thailand, Malaysia), its support for bloodthirsty dictators, and its destabilization of the Middle East with the destruction of Iraq and Libya.

Trump’s focus on the economy reduces the likelihood of him starting wars. By ending the flood of illegal immigrants to save jobs for US citizens, he is also inadvertently reducing the manpower for illegal wars. Non-citizen immigrants comprise about 5% of the US Army. For its Iraq and Afghanistan wars, US army recruiters offered citizenship to lure illegal immigrants, mostly Latinos.

Among the first US soldiers to die in the Iraq War was 22-year old illegal immigrant Corporal Jose Antonio Gutierrez, an orphan from the streets of Guatemala City. He sneaked across the Mexican border into the US six years before enlisting in exchange for American citizenship.

On March 21, 2003, Gutierrez was killed by friendly fire near Umm Qasr, southern Iraq. The coffin of this illegal immigrant was draped in the US flag, and he received American citizenship – posthumously.

Everything comes to an end, and so too will the last empire of our era.

The imperial American eagle flying into the sunset will see the dawn of an economically healthier US that minds its own business, and increase hopes for a more equal, happier world – thanks to the unintentional Gorbachev-2 in the White House.