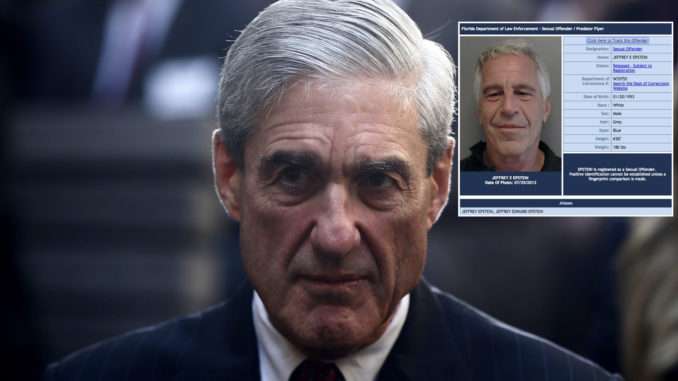 According to a series of bombshell FBI documents released on Thursday, known child predator Jeffrey Epstein had a professional relationship with then-FBI Director Robert Mueller.

“Epstein has also provided information to the FBI as agreed upon,” says one of the FBI documents. “Case agent advised that no federal prosecution will occur in this matter as long as Epstein continues to uphold his agreement with the state of Florida.”

Truepundit.com reports: Twitter sleuth @Techno_Fog mined an interesting gem from the files, showing that Epstein likely served as an informant to the FBI. Robert Mueller’s FBI in 2008.

Wait. Was pedophile Jeffrey Epstein an informant for Mueller's FBI?

From the 5/24/18 FBI Vault release: "Epstein has also provided information to the FBI as agreed upon."

Is that why he escaped serious charges for molesting over twenty girls? pic.twitter.com/K4suAumD85

Epstein is a controversial figure and friend of the Clinton family, alleged to run the sexual “Lolita Express” to his private island.

The FBI’s release includes heavily redacted pages and also a large number of deleted pages, among other unredacted documents.

The Doc links are below: