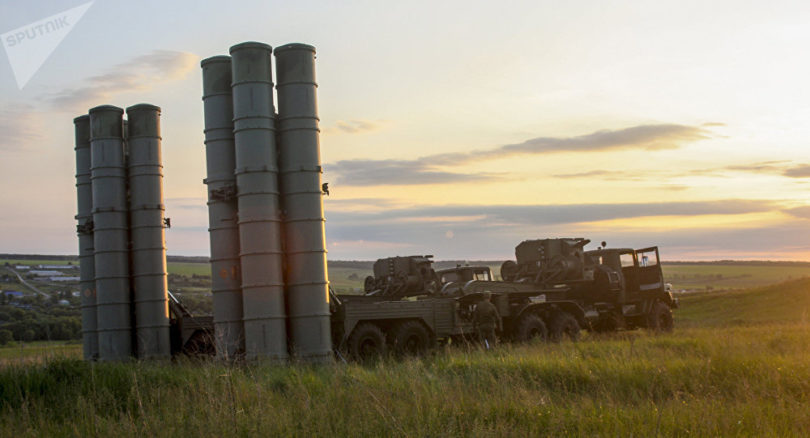 Russia has delivered 49 units of its sophisticated S-300 long-range surface-to-air missile systems to Syria in wake of the accidental destruction of a Russian Il-20 plane by Syrian air defenses responding to an Israeli attack.

The source claimed that the IAF hadn’t violated Syria’s airspace from either the disputed Golan Heights or Lebanon, although it has flown close to the border.

The military insider also denied an anonymous Israeli official’s claim, reported by Reuters, that Tel Aviv had carried out attacks after the downing of the Russian warplane on September 17.

The source further told Al-Masdar news that the Russian military was still training the Syrian air defense units to use the S-300s in the provinces of Latakia and Hama.

On October 29, Reuters cited a senior Israeli official as saying that the IDF had attacked Syria, “including after the downing of the Russian plane,” while Israel’s Channel 1 reported that one of the strikes had targeted an alleged Iranian shipment of equipment destined for Hezbollah.

The delivery of 49 units of S-300s was completed in early October after the Russian Defense Ministry announced that it would supply Syria with air defense systems to improve the security of Russian troops stationed there.

The decision was made in the aftermath of the inadvertent destruction of a Russian Il-20 reconnaissance aircraft by Syrian air defenses repelling an Israeli air strike.

The Russian military has blamed the wreckage on Tel Aviv, emphasizing that an Israeli fighter jet had used the Russian plane as a shield against Syrian air defense systems. Israel has dismissed the accusations, claiming that it had warned Moscow about the upcoming air raid in the area in advance.