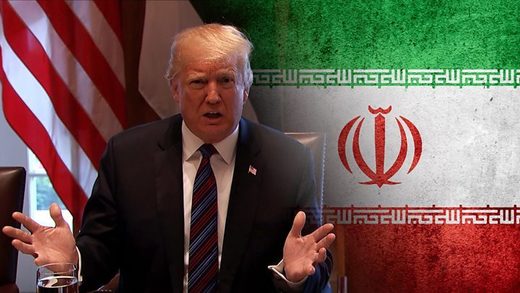 This morning was reported:

Update (8:40 am ET): The following countries will receive ‘temporary’ waivers excusing them from US sanctions on Iranian oil exports.

[… Visual shows there main importers of Iran’s oil: China, India (together 50% of total), EU (20%); they’re all now safe to restore to pre-Trump-sanctions levels, so that Iran will possibly exceed its current (which are based on fears they’d not get a waiver) oil-sales. Trump’s sanctions, in any case, look like a failure.]

If there will be increasing resistance in the EU, among the nations that Trump is discriminating against (by not granting waivers), then it is even possible that Iran’s oil-sales will mushroom. For example, China consumes 587.2 million tonnes of oil this year, and Iran has the world’s third-largest oil-reserves. That consumption is globally second-largest only to America’s 907.6 million tonnes of oil consumption. China now can easily replace some of its other suppliers. On October 3rd, NATO’s main PR agency, the Atlantic Council, bannered “China: Iran’s Lifeline to Overcome Oil Sanctions”. It’s not the only “lifeline” but it certainly is a key one, if not the key one. Furthermore, Saudi Arabia, whose rulers want to destroy Iran, are currently the largest supplier of oil to China. Consequently, the ally that is the most important one of all to the U.S. regime, the Saud family, who own Saudi Arabia, could end up suffering more from these U.S.-imposed sanctions than their target, Iran, will. Iran even might benefit, perhaps enormously, from Trump’s sanctions. Trump clearly is stupid. His current success with the U.S. economy is based upon his $404 billion sale of U.S.-made weaponry to the Sauds. But even that now is in jeopardy.

Ironically, Trump could end up benefiting Iran and hurting his key ally the Sauds. Trump is controlled not only by American billionaires but secondly by the Saud family and thirdly by the billionaires in Israel (and both of those foreign aristocracies – as well as most of America’s aristocrats – aim to destroy Iran, “regime-change” it and take control there like the CIA did under the Shah). Trump could end up hurting his main foreign patron, the Sauds, by pursuing the policies that he’s implementing in order to serve them and the Israeli and U.S. billionaires. Trump is playing a wild game like Hitler did. In order to succeed at such a game, luck is especially important, but intellectual brilliance – something that Trump has never exhibited – is even more important.