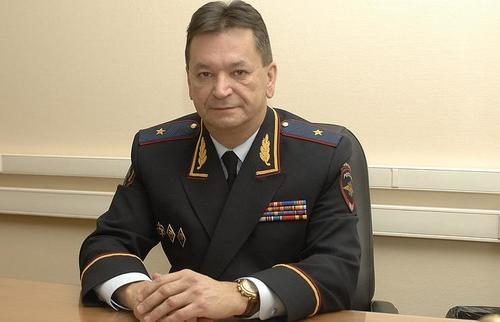 Russian official Alexander Prokopchuk is set to become the next head of Interpol, in what The Times calls a “significant victory for the Kremlin” in spite of concerns that Moscow has been using the international policing agency to target political opponents.

Meng was taken for questioning by Chinese “discipline authorities” after taking a September 25 flight from Stockholm. The day he disappeared he texted his wife Grace an emoji of a knife, implying his life was in danger. She reported him missing on October 4.

After Interpol demanded to know Meng’s status, Beijing said that he was under investigation by the National Supervisory Commission (NSC) for illegal conduct. A resignation letter was also sent to Interpol. To date, China has provided no evidence that Meng is actually alive.  On Friday, Interpol’s secretary general, Jürgen Stock, admitted that Interpol was in a “difficult situation” over Meng’s disappearance.

“Of course, we have been strongly encouraging China to provide comprehensive details concerning what occurred at the earliest opportunity,” Stock said in a phone interview with FT. “But again, on the other hand, we also have to accept that China says there are investigations going on and they are deciding about the next steps.”

Meanwhile, The Times reports that Prokopchuk’s appointment “would be a significant victory for the Kremlin after criticism of the Russian state for abusing the agency’s “red notice” system.”

“Red notices” are effectively international arrest warrants which restrict the ability of political opponents to travel or secure extradition. Those subject to red notices risk arrest in Interpol member countries, and can have their assets frozen.

In particular, the Times points to the case of US financier and Putin critic, Bill Browder, who was arrested in Spain in May under a Russian arrest warrant.

Browder claimed that he had been the subject of a red notice, although Interpol rejected this claim. The Spanish police suggested that Interpol had failed to delete an expired arrest warrant. At Britain’s request Interpol has issued red notices for Alexander Mishkin and Anatoliy Chepiga, the Russians accused of poisoning Sergei and Yulia Skripal in Salisbury. –The Times

News of Prokopchuk alleged ascent to the top of Interpol have already prompted bemused if bewildered commentary on Twitter.

If you are crazy, give post of Interpol head to a Kremlin official.

What the hell is the West thinking?

What about having a Chinese government official running some major international cyber security agency?

Or a North Korean to lead nuclear security?https://t.co/LgSdAAwOwv

UK officials say that Prokopchuk – one of two confirmed candidates for the top job at Interpol, has “unstoppable momentum” before Wednesday’s election. They have concluded that he will win and that there is “no point in trying to stop im,” according to a Whitehall official. The other confirmed candidate is Kimg Jong Yang – the South Korean acting head of Interpol. South Africa may also nominate a candidate.

Mr Prokopchuk is one of four Interpol vice-presidents after being nominated by Russia two years ago. He has had a long career at the interior ministry and was given the rank of major-general of police in 2011. –The Times

According to former foreign office special adviser David Clark, the interior ministry had been responsible for many red notice requests during Prokopchuk’s tenure. “Mr Prokopchuk is a problem because he was the person in the Russian interior ministry who was responsible for concocting many of these fabricated red notice requests when he was a Russian government official,” said Clark.

Meanwhile, Ben Keith – a barrister who specializes in red notices, said that the potential for Prokopchuk’s appointment “beggars belief,” and that the notices are “frequently misused by unscrupulous regimes because Interpol don’t have proper checks and balances in place.”

Russia, which according to the liberal press – and Hillary Clinton – has successfully manipulated every single Western election ever since Brexit to get the desired outcome, has denied misusing red notices.