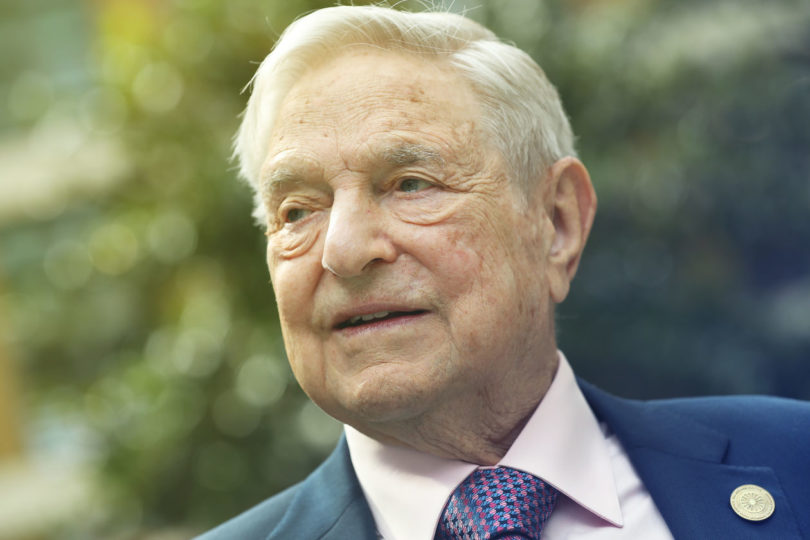 Billionaire investor and liberal activist George Soros has been known for investing moves that have succeeded wildly—and also for ones gone horribly wrong.

Chalk up three recent moves in his win column.

Soros Fund Management, which Soros founded and chairs, exited social-network giant Facebook (FB) completely in the third quarter, while also slashing positions in Netflix stock (NFLX) and Goldman Sachs Group stock (GS). Those three stocks have tumbled in the fourth quarter so far, with Facebook and Goldman setting new lows Tuesday. They are down almost 20% and 15%, respectively, so far this quarter. Highflying streaming-content giant Netflix has tumbled almost 29% since the end of September.

Soros saved a chunk of cash by selling: Barron’s estimates that, had he maintained positions in those stocks, he would have unrealized losses of about $17.7 million so far in the fourth quarter.

Soros Fund Management revealed the investment changes in a filing to the Securities and Exchange Commission last week. The firm declined to comment on its trades. The fact that Soros Fund Management sold its entire Facebook position doesn’t necessarily mean Soros isn’t still invested in the company through personal holdings or other means, or that his fund hasn’t bought any Facebook stock since the start of the fourth quarter.

Facebook stock tumbled to an intraday low of $126.85 on Tuesday, a level the shares last traded at in January 2017.

Public criticism of Facebook has only increased since then, particularly following a Nov. 14 report by the New York Times that top executives Mark Zuckerberg and Sheryl Sandberg denied the impact of Russian election meddling on the site and sought to deflect criticism to the company’s rivals. The Times reported that those efforts included hiring a Republican opposition research firm to draw connections between Facebook critics and Soros, who is often a target of conservative ire—and of anti-Semitic smear campaigns.

Faceook has pushed back against the Times report as inaccurate, taking particular exception to the characterization of its work with Definers, the opposition research firm.

“We’ve acknowledged publicly on many occasions—including before Congress—that we were too slow to spot Russian interference on Facebook, as well as other misuse,” the company said last week. “But in the two years since the 2016 Presidential election, we’ve invested heavily in more people and better technology to improve safety and security on our services.”

Zuckerberg said in an interview with CNN on Tuesday. “A lot of the criticism around the biggest issues has been fair, but I do think that if we are going to be real, there is this bigger picture as well, which is that we have a different world view than some of the folks who are covering us,” he said.

Soros Fund Management sold all its Facebook stock before the end of the third quarter, prior to publication of the New York Times report. Following the report, the head of Soros’ Open Society Foundations criticized what it called “Facebook’s smear campaign” against Soros.

Soros Fund Management also sold 106,400 shares of Netflix in the third quarter, chopping its stake by 89%. Only 13,800 Netflix shares were left in Soros Fund Management’s hands at the end of September. Netflix stock began to slip in October on investor skepticism about future profitability.

Goldman Sachs stock has plunged since the Justice Department earlier this month revealed charges against two of the bank’s former employees for their roles in issuing bonds from 1Malaysia Development Bhd, or 1MDB, while still working for Goldman. The bank itself hasn’t been charged, but has warned investors that the investigation could result “in the imposition of significant fines, penalties, and other sanctions.”

American depositary receipts of Chinese web giant Alibaba slid 11.2% in the third quarter, pressured by the continuing trade dispute between the U.S. and China. At some point during that period, Soros Fund Management bought 91,200 of them. With still no end to the trade war in sight, Alibaba stock has slipped another 11% so far in the fourth quarter.

If Soros Fund Management still maintains those stakes in Alibaba and Micron, they are sporting a combined $6.2 million paper loss so far in the last quarter of 2018.