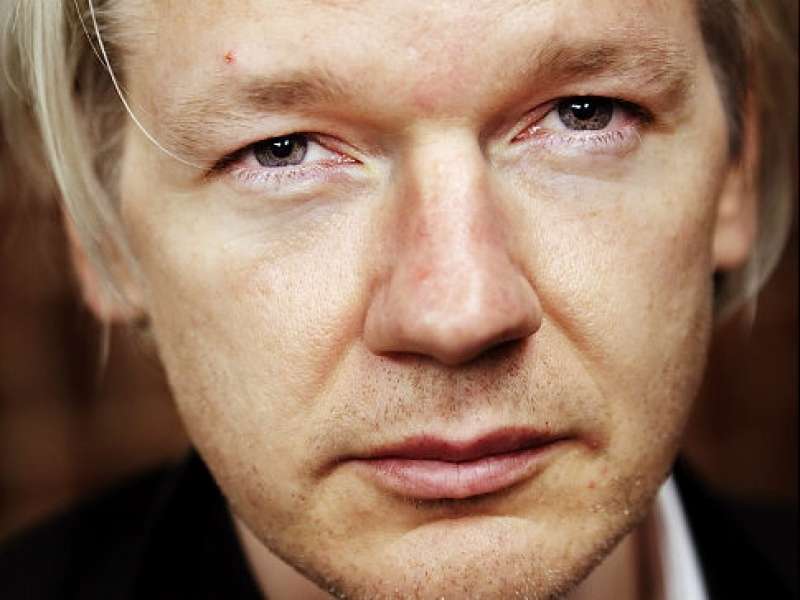 An attempted break-in at Julian Assange’s residence inside the Ecuadorian Embassy in London on Oct. 29, and the absence of a security detail, have increased fears about the safety of the WikiLeak’s publisher.

Lawyers for Assange have confirmed to activist and journalist Suzie Dawson that Assange was awoken in the early morning hours by the break-in attempt. They confirmed to Dawson that the attempt was to enter a front window of the embassy. A booby-trap Assange had set up woke him, the lawyers said.

Scaffolding has appeared against the embassy building in the Knightsbridge section in London which “obscures the embassy’s security cameras,” the lawyers said.

On the scaffolding electronic devices, presumably to conduct surveillance, can be seen, just feet from the embassy windows.

Later on the day of the break-in, Sean O’Brien, a lecturer at Yale University Law School and a cyber-security expert, was able to enter the embassy through the front door, which was left open. Inside he found no security present. Someone from the embassy emerged to tell him to send an email to set up an appointment with Assange. After emailing the embassy, personnel inside refused to check whether it had been received or not.

O’Brien then noticed more scaffolding being erected and observed the devices, which he photographed. Though a cyber-security expert, O’Brien said he could not identify what the devices are.

“I’ve never seen devices quite like this, and I take photos of surveillance equipment often,” O’Brien said. “There were curious plastic tubes with yellow-orange caps, zip-tied to the front.  I have no idea what these are but they seem to have equipment inside them.”

The devices are pointed towards the embassy, where all the blinds were open, and not the street, he said. “The surveillance devices in the photos reveals no manufacturer branding, serial numbers or visible device information,” Dawson said. “The combination of the obscuring of the street-facing surveillance cameras and the installation of surveillance equipment pointed into instead of away from the Embassy, is alarming.”

The Ecuadorean government had to have given permission for the devices to be installed as they are flush up against the embassy walls on government sovereign territory, Dawson said.

O’Brien said that previous visitors had described to him “closed and locked doors. Security guards manning the desk at all times. Privacy drapes, dark rooms with shuttered blinds. For such a reversal of position to have occurred, there is only one conclusion: the Ecuadorian Embassy is open for business. Wide open.”

In May the Ecuadorian government of President Lenin Moreno shut off Assange’s electronic communications and denied him all visitors except his mother and his lawyers. Last month the government offered Assange a deal: his access to the world could be restored if he agreed not to comment on politics. Assange reportedly refused.

On Thursday the government suddenly barred all access to Assange visitors, including his legal team until next Monday, raising fears that no witnesses could be present should there be an attempt to abduct Assange over the weekend.

The break-in attempt occurred on the morning that Assange was due to testify via video-link to a court in Quito regarding Assange’s conditions of asylum. Technical problems interrupted Assange’s testimony. The court ruled against his lawyer’s petition for protections for Assange.

The new Ecuadorian government indicated in the Spring that Assange would eventually have to leave the embassy. Assange fears that if he leaves the British government will arrest him on a minor charge of skipping bail when he legally sought asylum inside the embassy in June of 2012.

Assange and his lawyers fear that if he is detained by British authorities he would be extradited to the United States where they believe there is a sealed indictment against him possibly on espionage charges for simply publishing classified documents that he has not been accused of stealing.