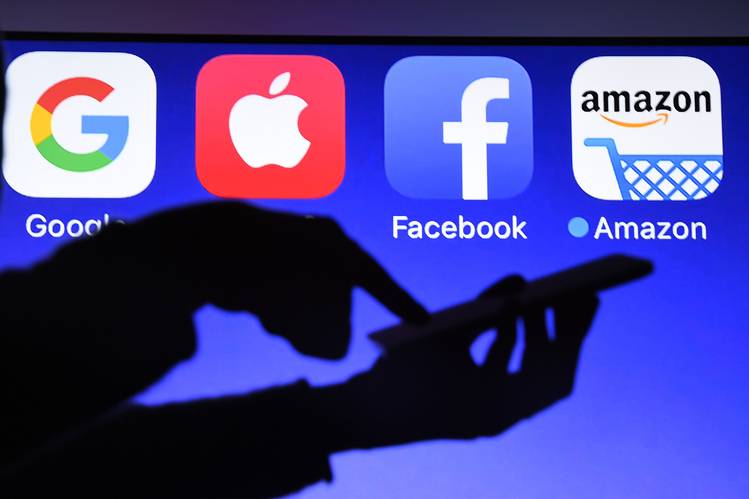 To hear the moans on Wall Street, you’d think the end of the world is no longer coming—it has arrived. Successive waves of selling have pushed share prices down this year. To about where they were at the beginning of the year. Hardly a catastrophe for investors.

Unless their portfolios were over-weighted by the FAANGs: Facebook, Apple, Amazon, Netflix, and Alphabet (parent of Google), which remain in the ICU after a tiny recovery at week’s end. These stocks are down 20 percent, or $1 trillion from this year’s highs. Some $800 billion of their market value has simply vaporized in the last three months alone.

Reasons peculiar to each company are partly responsible for these declines. Apple’s shares are down 26 percent from their high point this year (“bear territory” in investorspeak) due to disappointing sales of its three new iPhones, and the possibility that a protracted tariff war will disrupt its Chinese-based supply chain. Google, its troubles in America only now coming under serious scrutiny, is already on the losing end of its battle with E.U. regulators. It has watched its shares dive 17 percent from their 2018 high. Which is less than half the 40 percent plunge Facebook has taken.

Amazon’s shares remain some 28 percent above their level at the start of the year, but have lost about 18 percent since reaching a peak in mid-October. Causes:

* Its decision to adopt a $15 per hour minimum wage will raise costs;

* Predictions that economic growth will slow to below 2 percent next year;

* An increasing feeling by investors that “bricks” such as Target and Walmart have learned the “clicks” business and now offer more delivery choices than Amazon, which seems to be sending an increasing number of late-delivery notices; and

* President Trump (who believes that Jeff Bezos is using his Washington Post to create hostile “fake news”) is urging “his” trust busters to rein in the internet giant.

Which brings us to the common share-price-depressant: the fear of regulation, a sense that the party is over for Facebook, Google, and Amazon, just as it was for John D. Rockefeller’s oil monopoly in 1911. (Netflix is not a target, since it lacks market power; its stock, down 37 percent from its June high, remains 29 percent above its price at the start of the year; and Apple is of less concern to politicians.) Gone are the days when then-chairman of Google, Eric Schmidt, is said, whether in jest or seriously is uncertain, to have never needed Washington hotel reservations because the Obama White House Lincoln bedroom was his without-the-asking. And when Mark Zuckerberg, boss of Facebook, was idolized as the wunderkind who was knitting the world together, profit being only a secondary or tertiary goal of the enterprise.

These companies have taken dead aim at their feet, and pulled the trigger.

Google, which has admitted to exposing the private data of hundreds of thousands of customers, declined to have its leaders appear at a congressional hearing, and was rewarded with television images of their empty chair. Google staff refuse to work on important projects for the Pentagon, while developing a search engine for China unable to find anything displeasing to that authoritarian regime. Apple is opening a series of research centers in China and the Washington Post reports that Google graduates are helping the regime develop facial recognitions software (project “Sharp Eyes”) to monitor the nation’s 1.4 billion people, according. Not positions likely to win political support.

But none have done as much to turn the political class against the Silicon Valley, and to lay the basis for regulation of their businesses, as Facebook, with what the New York Times calls its policy of “Delay, Deny, Deflect.” The 40 percent plunge in the price of its shares since the end of July is due largely, according to Zuckerberg, to the bull**** published by the media. Trump, as always, eschewing such vulgarity, uses the term “fake news.”

Senators were more than a little annoyed when it turned out that Zuckerberg had been less than fully forthcoming about the full extent of Russian meddling in American elections. Senators were outraged when they learned from a New York Times report that Facebook had hired an “opposition-research group” to dig up dirt on the firm’s opponents, among them George Soros, principal funder of leftish Democrats. That same report noted that when well-regarded Democratic senator Mark Warner was questioning Zuckerberg in a less-than friendly manner, minority leader Chuck Schumer told him to back off. Schumer’s daughter is marketing manager in Facebook’s New York office.

Investors now expect some of the regulations adopted by the European Union to become law in America. Unannounced passing on of private information of Facebook users will end, reducing the social network’s ability to provide its advertisers with specific targets for their sales pitches. Google’s alleged practice of providing its own mapping and other services with preferred positions on its search results will end. And the social media platforms might be held liable for defamatory content, just like print media.

Perhaps most important, antitrust regulators are beginning to ask whether Facebook and Google have been able to nip competition in its incipiency by buying up start-ups that might bloom into competitors. And whether Amazon has been able to accomplish the same objective by announcing plans to enter any market that some newcomer eyes, cutting off the prospective competitor’s source of capital.

Makan Delrahim, the Department of Justice’s chief trustbuster, is discussing with state attorneys general whether Facebook, Google, and other Valley companies might be hurting competition. Rohit Chopra, head of the Federal Trade Commission, has hired Amazon critic Lina Khan, presumably to develop a case against the internet retailer. And David Cicilline, who will chair the House subcommittee responsible for antitrust policy, says “Facebook cannot be trusted to regulate itself.” Apple’s Tim Cook, unreluctantly and with malice aforethought, comments, to his competitors’ consternation, “I’m a great believer in the free market. But we have to admit when the free market is not working.” To which Harvard University’s media center adds that Facebook’s and Google’s digital advertising platforms undermine user privacy and provide an incentive for bad actors to organize disinformation campaigns. With a firing squad such as that forming, little wonder that investors wonder whether the intended victims can continue to grow earnings at past rates.

“Oh, but it’s sad when a love affair dies”, sing Che Guevara and Evita Peron of lovers no longer of use to Evita in Andrew Lloyd Webber and Tim Rice’s musical. Silicon Valley has antagonized lovers that until now had been powerful political supporters.