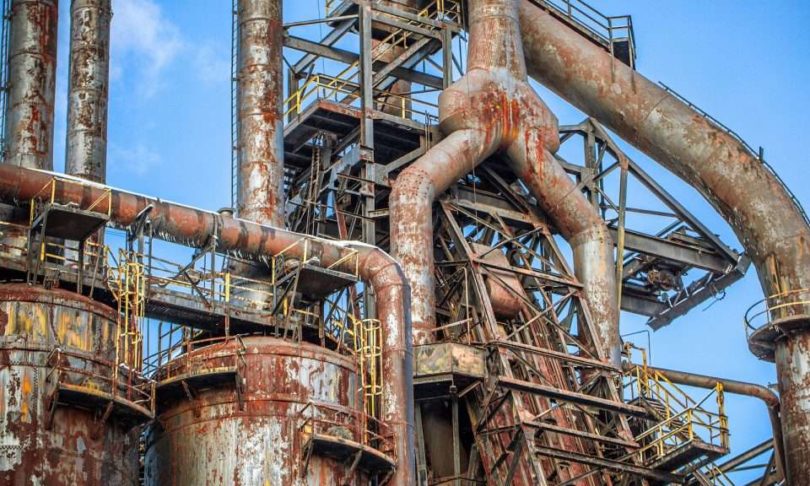 Scything through heartland America, the human toll has been immense. More than 3.4 million jobs in the United States have been lost since China joined the World Trade Organisation 17 years ago.

At least 1.3 million jobs have disappeared in the past decade, fueling the trade war between Beijing and Washington and adding US$100 billion to the US deficit.

“The growth of the trade deficit with China between 2001 and 2017 was responsible for the loss of 3.4 million [American] jobs, including 1.3 million since 2008, [which was] the first full year of the Great Recession,” a report released by the Economic Policy Institute, a non-profit, liberal think tank based in Washington, revealed.

“Nearly 74.4% [or] 2.5 million of the jobs lost were in manufacturing,” co-authors Robert E Scott and Zane Mokhiber pointed out.

The sheer depth and scale of the problem affected 50 states, and demolished the computer and electronic parts industries, the study showed, as major US companies relocated manufacturing to China.

Other sectors which were badly hit included apparel, electrical equipment and appliances.

This, in turn, “contributed heavily to the crisis in US manufacturing employment,” triggering anti-China sentiment and the broader economic Cold War between President Donald Trump’s administration and President Xi Jinping’s government.

“The trade deficit in the computer and electronic parts industry grew the most [and up to] 1,209,000 jobs were lost,” the report highlighted. “Surging imports of steel, aluminum and other capital-intensive products [have also] threatened hundreds of thousands of jobs in key industries such as primary metals, machinery and fabricated metal products.”

Again, this strikes at the heart of Washington’s dispute.

Yet in Beijing, Trump’s bruising battle is seen increasingly as a way to contain China’s growing economic and military might.

By weaponizing tariffs on more than $250 billion worth of Chinese imports, the White House hopes to force Xi to change course and recast the “Made in China 2025” high-tech program, as well as adding a thick layer of transparency to the $1 trillion Belt and Road Initiative.

“[But] what Trump hoped would be a blitzkrieg has turned out more like trench warfare,” Keyu Jin, a professor of economics at the London School of Economics, said. “In China’s view, what the US is really reacting to is not only the specifics of its trade policy but also its overall development model and its aspirations to become a major global power – aspirations that are not out of reach.”

Caught in the crossfire are segments of the US manufacturing workforce.

The use of Chinese state subsidies, currency manipulation and excess production has created an unlevel playing field, according to the Economic Policy Institute’s study, echoing the views of Washington.

“China’s trade-distorting practices, aided by currency manipulation and its suppression of wages and labor rights [have] resulted in a flood of dumped and subsidized imports that greatly exceeded the growth of US exports to China,” Scott and Mokhiber stressed, adding that this had compressed wages in key industries.

Naturally, Beijing has repeatedly denied these allegations, insisting it believes in free trade, open markets and the WTO rule book.

At the same time, the ruling Communist Party has made it clear China will not capitulate.

Xi reiterated the Party line during his trip to Guangdong earlier this week when he called on the country to become “self-reliant.”

“We must … seek innovation by relying on ourselves, and I hope all enterprises will work in this direction,” Xi added.

Reams of editorials from China’s state-owned media have underscored this approach in the past three months while ‘no surrender’ rebuttals have been issued after US threats.

Zhang Qingli, a vice-chairman of the influential Chinese People’s Political Consultative Conference, repeated that mantra during a meeting involving the American Chamber of Commerce in Hong Kong on Monday.

“We don’t fear a trade war. We don’t want it, but we don’t intend to back down,” Zhang was quoted as saying in the Chinese press.

Still, the US is digging in for the long haul.

Last year, the trade deficit stood at more than $375 billion, while in September it hit a record $34.13 billion for a single month and a staggering $225.79 billion for the first three quarters of the year.

“Many fear that this is only the beginning of a long conflict that could include casualties – far outside the realm of trade,” Jin, of the London School of Economics, said.