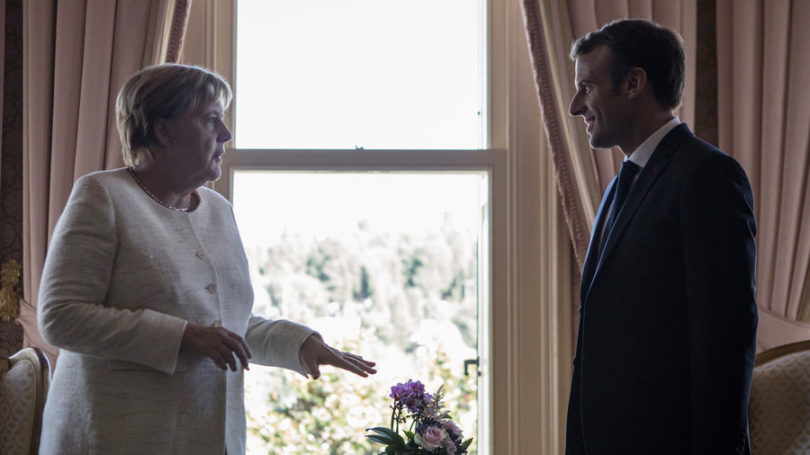 The slaying of journalist Jamal Khashoggi may have far-reaching consequences for Saudi Arabia, French and German leaders have agreed; these include a possible weapon sales ban and other sanctions at European Union level.

The EU will make a joint decision on how to punish Saudi Arabia for the gruesome murder of the journalist, Chancellor Angela Merkel said on Saturday, speaking in Istanbul after the Russia-Turkey-France-Germany summit on Syria. The decision, including a potential weapons sales ban, will depend on the results of the murder investigation, she added.

“We agreed that when we have more clarity, and we are counting on that, when we know who was behind this then we will try to find a unified European solution or reaction from all member states of the European Union to show that we negotiate on the basis of common values,” Merkel said.

A similar statement was made by French President Emmanuel Macron, who insisted that any punitive measures against Riyadh must be taken only after the investigation into Khashoggi’s murder is complete.

“It’s crucial that the killing of the journalist is fully investigated, that the perpetrators are found,” Macron said. “Potential sanctions should correspond with the investigation and be proportionate.”

Host of the talks, Turkish President Recep Tayyip Erdogan, warned that Ankara was ready to spearhead the investigation into the Khashoggi affair, if Riyadh tried to stall it for any reason.

“The crime was committed in Istanbul. If [Saudi Arabia] won’t continue this process, Turkey’s judiciary is ready to begin it,”Erdogan warned, adding that the country’s security and intelligence agencies have been actively digging into the scandalous incident.