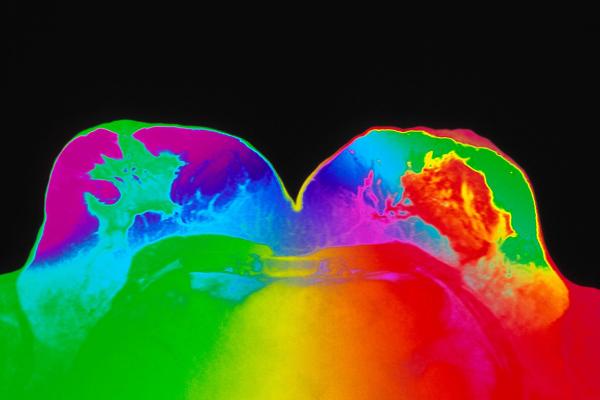 “Cancer is massively over-diagnosed.
We are seeing more and more
that many lumps would never lead to cancer,
and don’t need treatment at all.”

“According to our recent research,
41% of women currently getting chemo
don’t need it”
————————————————————————————————————————–
I came across a stunning post in Die Welt, a leading German opinion magazine.
It is an interview with a Dutch breast cancer specialist who validates everything the natural health scene has been saying about cancer treatments. It’s really shocking:
I summarize his main points. I think it’s pretty mind-blowing. Hundreds of thousands of women have suffered horrendously dangerous, painful and invasive procedures, that have made Big Pharma trillions. And this guy just says they were all wrong.
Look what he says about amputations, for instance, a procedure STILL inflicted on a third of women diagnosed with breast cancer.

“An admission of abysmal failure of truly epic proportions that has killed tens, no hundreds of thousands of women over the last decades. An interview of a top breast cancer specialist, Emiel Rutgers, left, with Die Welt: “Less is more: tumours are getting less and less treatment. More and more doctors decide to wait and see if the situation clears up naturally”
“We doctors have gone way too far”
“Many doctors still think that chemo, radiation and operation help, as long as you do it a lot. But the main message of the last few years is, that the less we do, the longer women live.”
“Q: Which therapies can be stopped?
A: For instance amputations. Still, one-third of women have their breast(s) amputated after a diagnosis. But amputees don’t do better, and don’t live longer.”
“Q: Amputations will become seldom?
A: Not only amputations, operations in general. Cancer is massively over-diagnosed. We are seeing more and more that many lumps would never lead to cancer, and don’t need treatment at all.”
“Q: are there other patients that you will no longer operate in the future?
A: The vast majority. We thought cancer moved through the body via the lymphatic system, but this is not true at all. Routine removal of lymph nodes will stop it too.
“We will use chemo a great deal less. Many breast cancers can be well treated with simple hormonal treatments”
“According to our recent research, 41% of women currently getting chemo don’t need it”
“Q: what does this mean for the cost of healthcare?
A: “That is not my focus, but costs can be expected to decline.”
CONCLUSION
Of course, all this had been known by proponents of natural health for decades. And in fact also by REAL scientists, unencumbered by Rockefeller’s Big Pharma payrolls.
But they were scoffed at, attacked, marginalized, arrested, incarcerated, and even killed.
And all the killing that has been going on in Hospitals for decades, netting doctors, hospitals, and Big Pharma Trillions of dollars, has been touted as ‘science’.
Nobody will pay a price, none of these Trillions will be taken from either the doctors or Big Pharma. The same quacks will continue calling real healers ‘quacks’. The Society of Skeptics will continue to tout ‘modern medicine’ as the pinnacle of human progress, while cheap herbal, energetic, nutritional and other methods will continue to be sidelined and attacked.
Once more, faith in the Scientism religion comes with grave risks.
Our recommendation remains the same: stay away from the Priesthood in White, and take control of your own health, if you don’t want to die miserably, expensively, painfully, humiliatingly and just downright way too early.”
__________________________________________________________________________
Stephen Coleman writes:
I have worked many cases of breast cancer and most clients respond well after just one session of dealing with the root causes, that is the emotional conflicts that are the true cause that causes the breast tissue to proliferate.
Yesterday I worked with a lady with an about 2 cm intraductal breast cancer. The MD is already talking about mastectomy. I once had a client with intraductal cancer that was estimated to weigh 15 kilos. The poor woman had to walk around holding it, it was so large. She survived why can’t a lady with a 2 cm survive?
As far as cancer “spreading” that too is a false assumption. Commonly the lymph nodes swell near the breast for two reasons. 1. The cancer is already starting to heal on its own and the nodes are working overtime to cleanse. 2. An attack conflict can also trigger lymphoma. That is the MD scares the poor woman to death.
I fully agree that cancer is overdiagnosed and kill the fly with a sledgehammer is the medical establishment’s answer. I’m much against chemotherapy and radiation. But legally I can’t tell the client to not take it, though 5-year survivability studies show that no treatment at all has a better survival rate. http://www.thetruthseeker.co.uk/?p=111002
A German oncologist, Dr. Ryke Geerd Hamer, was among the first to correlate emotional issues with cancer. For his great discoveries, he was imprisoned, defrocked and chased from nation to nation. Indeed there is a huge amount of money to be made in oncology and a single case of cancer can earn a hospital more than I earn in a decade.
No wonder they want to keep the truth under wraps.