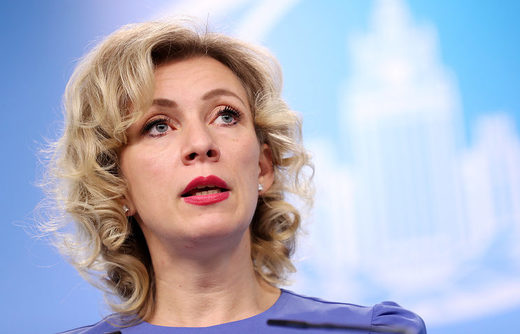 Russian Foreign Ministry Spokeswoman Maria Zakharova on Sunday jogged the memory of the Western partner about their “successes” in Iraq, Libya and Afghanistan in comment to French Foreign Minister Jean-Yves Le Drina’s statement that Russia has “arrogated” the defeat of Islamic State (a terrorist organization outlawed in Russia) in Syria.

“The Western partners have been saying in the recent days that it was not Russia but them, the coalition to defeat Islamic State in Syria. The last to say this was French Foreign Minister Mr. Le Drian,” she wrote on her Facebook account. “Dear Sirs, stop it! Your successes are Iraq, Libya and Afghanistan. Come on, be proud of them.”

French Foreign Minister Jean-Yves Le Drian said earlier that Russia had arrogated the defeat of Islamic State in Syria. In an interview with BFMTV, he said it had been the international coalition to force Islamic State terrorists from their positions while the Russian military had helped President Bashar Assad’s troops to finally liberate Deir ez-Zor “with certain delay.”.