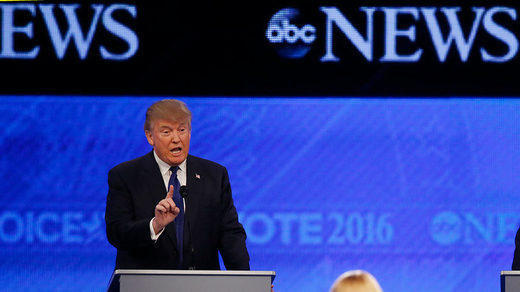 Donald Trump has welcomed ABC’s move to suspend its chief investigative journalist Brian Ross for what the US president branded a “horrendously inaccurate and dishonest” report on Mike Flynn’s guilty plea. The report temporarily caused stocks to plummet.

“Congratulations to @ABC News for suspending Brian Ross for his horrendously inaccurate and dishonest report on the Russia, Russia, Russia Witch Hunt. More Networks and “papers” should do the same with their Fake News!” the president tweeted.

ABC News made headlines again on Saturday when it announced that the network had suspended Ross for four weeks without pay for a “serious error” in his reporting about former National Security Adviser (NSA) Michael Flynn’s guilty plea. During a live “Special Report” on Friday Ross said, citing anonymous sources, that Flynn allegedly agreed to testify that during the 2016 election campaign then-candidate Trump told him to contact Russian officials. However, Ross’ source later told the journalist that the order came when Trump had already won the election and was president-elect.

The channel was forced to issue a “clarification” that stated that “it was shortly after the election that President-elect Trump directed Flynn to contact Russian officials on topics that included working jointly against ISIS [Islamic State, IS].”

ABC News added in a statement that it “deeply regretted and apologized for the serious error” made by Ross. “The reporting conveyed by Brian Ross during the special report had not been fully vetted through our editorial standards process. As a result of our continued reporting over the next several hours ultimately we determined the information was wrong and we corrected the mistake on air and online.”