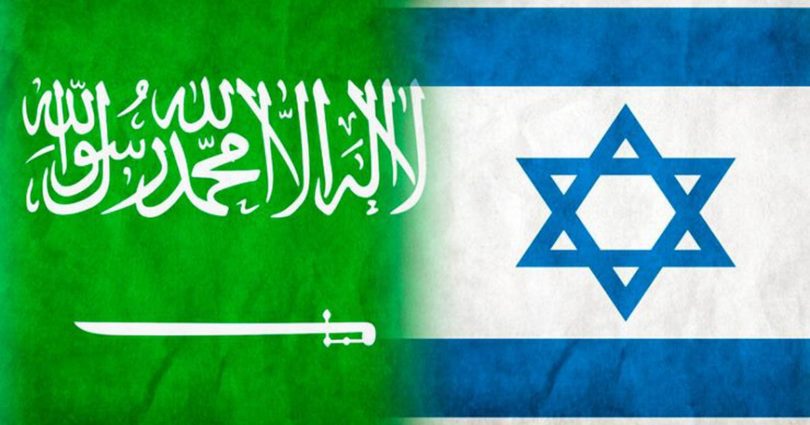 This article was published Saturday, 01 February 2014

The rapidly changing developments around the world are seeing new and strange bedfellows. Currently, as the Islamic Awakening is sweeping across the region, the masks are falling from the faces of countries once believed to be Muslim.

In the latest scenario, the Wahhabis, also known as the Salafis-Takfiris, have ganged up with the Zionists in a vain bid to stem the tide of Islamic Awakening. Analyst Tahir Mustafa has written an excellent article in this regard for the Canada-based fortnightly Crescent International, titled “Saudi-Zionist Alliance against Muslims Exposed”.

Here are details, which IRIB likes to state, are the views of the Toronto-based writer,

There is much in common between the Saudis and the Zionists. Both are illegal regimes occupying holy lands. Their secret alliance has now been exposed. Muslims must take appropriate steps to confront this phenomenon. Two usurper regimes, one led by Zionists in the Holy Land of Bayt al-Moqaddas in Palestine and the other by Najdi Bedouins in the Holy Land of the Hijaz in the Arabian Peninsula, have been forced by rapidly changing developments to expose their long-maintained secret ties. Not only Muslims but also many fair-minded non-Muslims recognize the illegitimacy of the Zionist pariah regime in the Holy Land.

The Saudis, however, have been able to conceal their true identity by claiming to be “defenders of the Haramayn,” the two holy cities of Mecca and Medina. If so, they have a strange way of claiming this on the one hand while being totally subservient to US imperialism and Zionist racism on the other. It was Israeli Prime Minister Benjamin Netanyahu who several months ago mentioned the Zionist-Saudi alliance in the context of confronting Islamic Iran. He had talked of the Arab regimes but given Saudi Arabia’s size and importance, it was clear, he was talking about the regime in Riyadh. Egypt, the other major player on the Arab scene, had long embraced the Zionist regime publicly.

Two policy failures have forced the secret relationship between Riyadh and Tel Aviv to come out into the open: Saudi-Israeli policy in Syria and their policy of trying to isolate Islamic Iran in the region. Both have unraveled as a result of developments beyond their control. The Saudis in particular are not only furious at their longtime patron, the US, but also in panic because Washington has established contacts, however tenuous, with Islamic Iran. Among a series of contacts between the Saudis and the Zionists, the latest was a brief encounter between Saudi Arabia’s former intelligence chief, Prince Turki al-Faisal and former Israeli ambassador to Washington (1992– 1996), Itamar Rabinovich, in Monaco in mid-December.

According to an Israeli radio report, Turki publicly shook hands with Rabinovich at the World Policy Conference. Their contacts have progressed so far that Rabinovich took the unusual step of inviting Turki to deliver a speech before the Israeli parliament, the Knesset. Turki reportedly declined the offer — what would he say to the Zionist occupiers of Palestine? But the fact that the offer was made indicates their relations are deep and have been established for a long time. The offer also shows the degree of trust they have in each other.

Rabinovich is an expert on Syria policy and clearly he was planning to engage the former Saudi spy master more deeply although the current Saudi intelligence chief, Bandar bin Sultan is more deeply involved with the Zionists. Both regimes have been critical of US policy on Syria and Washington’s rapprochement with Tehran. The Zionists have been blunt to the point of being obnoxious, as is their wont. The Saudis have been more diplomatic with their American masters in public but no less vehement in their denunciation of America opening up to Tehran.

The Saudis sense a perceptible shift in US policy in the region. President Barack Obama made this known when he announced a policy shift toward the Asia-Pacific region to confront the rising power of China. The Saudis clearly see this as indication of their reduced importance to the US. Further, Obama shocked the Saudis when he refused to launch a military strike against Syria last summer in what is now known as a carefully orchestrated plan by spymaster Bandar bin Sultan. This was a personal slap in the face of Bandar and public humiliation of Saudi Arabia that was long believed to be America’s indispensable ally in the region.

Soon thereafter, Bandar announced that henceforth, the kingdom woetermined to sabotage the Geneva II conference on Syria that started on January 22.

Syrian government forces have been making steady progress recently as rebel groups fight each other. This has weakened them considerably. Further, the barbaric practices of the Takfiris have repelled most Syrians. They do not want the Bashar al-Asad government to be replaced by people indulging in beheadings and cannibalism. Such behavior is no bar to the Saudis; they want al-Asad removed regardless of the price the Syrian people may have to pay.

Already millions of Syrians are refugees and the UN has asked for $6.5 billion in emergency aid otherwise these people will face virtual starvation. Conditions in refugee camps whether in Lebanon or Jordan are appalling. Recent snowstorms, unusual for the region, have added to the refugees’ woes. The plight of refugees, however, is not something that bothers the Saudis. Instead, they welcome it because it garners more sympathy for the Syrian people, which Saudi Arabia can blame on Asad.

It is interesting to note that even US Secretary of State John Kerry has announced that he might meet Syrian rebel groups affiliated with al-Qaeda. Did the US not invade Afghanistan to get rid of al-Qaeda or was that just a ruse to invade the mountainous but mineral-rich country? The mastermind of the Saudi-Zionist alliance is Bandar. During his long tenure as Saudi ambassador to Washington, he cultivated close links with the neocons, especially the Zionists. His lavish parties were well known for booze and scantily clad women (one wonders what the Saudi ministry responsible for “enjoining good and preventing vice” would say about such conduct or is it permissible if one of the Saudi royals indulges in it?).

Soon after it became clear that the US would not attack Syria as the Saudis had hoped and planned for, Bandar went to the Jordanian port city of Aqaba to meet director of Israel’s Mossad intelligence agency, Tamir Pardo. The aim was to coordinate Saudi-Israeli policy on Syria and Iran. This information was leaked by a source within the Saudi embassy in Amman, Jordan, indicating that within the Saudi ruling circles, there are strong differences. It needs recalling that when the plot to stage the uprising in Syria was hatched in a Paris café in February 2011, Bandar attended it together with the US ambassador to Israel Dan Shapiro and US Undersecretary of State Jeffrey Feltman. Naturally a number of Syrian opposition figures were also involved. Both Shapiro and Feltman are Zionists and staunchly pro-Israel.

The received wisdom at the time was that the Asad government would collapse within a matter of months if not weeks. Bandar has been making other moves as well, since the US refusal to attack Syria last August. He reportedly met with French President Francois Hollande when he visited Tel Aviv to meet Netanyahu.

According to the Lebanese website, al-Hadath, Bandar proposed common policy on Iran’s nuclear policy to try and sabotage any deal with the US. Further, Bandar proposed the strengthening of Saudi defences (read, the Saudis would purchase more weapons, this time from France). This must have been music to Hollande’s ears since the French economy is struggling and any cash inflow would be welcome.

The Saudis’ open embrace of Zionists reflects their desperation. It should, however, alert all sincere Muslims to the true nature of this regime. The question that Muslims must ask is, whether the two holy cities of Mecca and Medina can be left in the hands of Zionist allied Saudis. If Masjid al-Aqsa is under the direct occupation of the Zionists, the Masjid al-Haraam in Mecca and the Masjid an-Nabi in Medina are under the indirect occupation of the Zionists since the Saudis are their close allies.

How long will Muslims tolerate this state of affairs to continue?