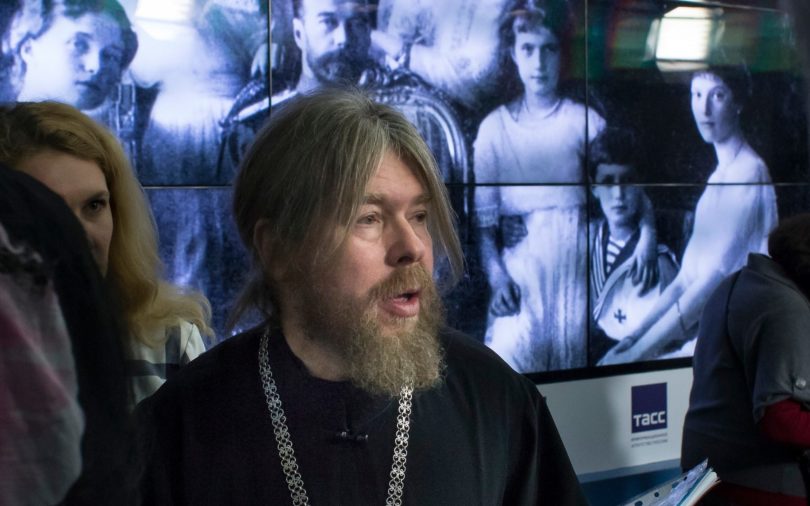 Authorities will investigate an anti-semitic theory that the 1918 killing of Tsar Nicholas II was a “ritual murder” following comments by a bishop close to Vladimir Putin.

Bishop Tikhon Shevkunov, who is heading a Russian Orthodox Church commission investigating the execution of the Romanov family by firing squad in Yekaterinburg, said at a conference on Monday that many members of the commission believe it was a ritual murder that held special significance for Bolshevik commander Yakov Yurovsky and his men.

“Ritual murder” has in the past referred to a theory that the last emperor was the victim of a Jewish conspiracy, as Mr Yurovsky was of Jewish heritage.

Russia’s investigative committee said it would look into the claim by Mr Shevkunov, who is reputed to be Mr Putin’s confessor.

The announcement drew an outcry from Jewish groups.

Rabbi Boruch Gorin, a spokesman for the federation of Jewish communities, told Interfax news agency that this ritual murder investigation was a “shocking” example of “medieval ignorance,” noting that the myth of Jews ritually killing people to extract their blood for matzo bread has figured in anti-semitic propaganda for many decades.

The controversy comes before Mr Putin for the first time takes part in the church’s annual bishops council on Wednesday.

Speaking at the conference, patriarch Kirill said he had “hard questions” about the tsarist murder investigation, which they re-opened in 2015, and called on the authorities not to rush it. Yekaterinburg news agency Ura.ru quoted a source close to the church leadership as saying the patriarch feared that the ritual murder allegations could “provoke uncontrollable outbursts of ultranationalism”.

Patriarch Kirill also said the Russian Orthodox Church had not yet taken a position on the continued analysis of the Romanov family’s remains. Despite DNA testing showing their identity, the church has recognised neither the remains of Nicholas, Alexandra and three children interred in St Petersburg cathedral in 1998 nor the remains of his two other children found in 2007.

Church officials have said they need to be extra sure of the remains’ provenance since Nicholas II, who was a cousin of King George V, his wife Alexandra, who was a granddaughter of Queen Victoria, and their children were canonised in 2000.

Forensic medical expert Dr Viktor Zvyagin told the conference that the remains discovered in 2007 were those of a boy aged 12-14 and a young woman aged 18-19, which would match the ages of Nicholas’ heir Alexei and his daughter Maria. He said he believed that further remains of the two are located nearby.

Peter Sarandinaki, the US-based descendant of a loyalist general who took Yekaterinburg days after the tsar was killed, said DNA testing he organised of the 2007 remains proved conclusively they were those of Alexei and Maria, but was skeptical more would be found.

“The grave of the two children was shallow. It could be that animals might have carried them away but I do believe that most of the bones were destroyed by fire” set by the Bolsheviks.