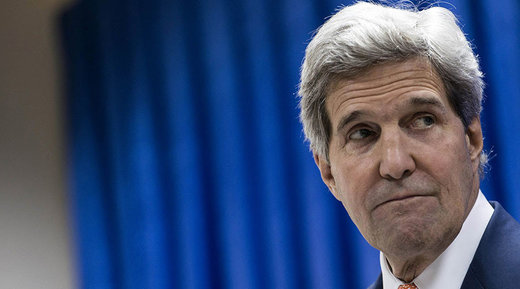 Back in late September, the New York Times published an interesting piece: Audio Reveals What John Kerry Told Syrians Behind Closed Doors. (PolitRussia’s Ruslan Ostashko commented on it here.) But the NYT piece left out THE most damning statements made by Kerry. The full video is below, followed by one of the biggest revelations:

26:09: “I mean, the reason Russia came in is because ISIL was getting stronger. Daesh was threatening the possibility of going to Damascus and so forth. And that’s why Russia came in. Because they didn’t want a Daesh government. And they supported Assad. And, and, uh, and we we know that this was growing. We were watching. We saw that, that Daesh wasgrowing in strength. And we thought Assad was threatened. Uhh, we thought our, we could probably manage, uh, you know, that Assad might then negotiate. Instead of negotiating, you’ve got Assad and you’ve got Putin to support him.”

So there you have it. From the horse’s mouth. The U.S. knew that Russian intervention in Syria was for the EXPRESS PURPOSE of destroying ISIS and stopping them from taking control of the country. You know, ‘ISIS’, the mass murderers who have been slaughtering Europeans. And yet, the US responded to Russian efforts by repeatedly accusing Russia of ‘killing civilians’ and attempting to thwart Russian efforts at every turn.

In addition, as ISIS was getting stronger, threatening to take over Damascus, the US government sat back and did nothing in the hope that Assad would capitulate to ISIS.

Does that make ISIS effectively a proxy US military force used to overthrow a legitimate government? You bet it does. Does that mean that the US and EU governments also saw attacks by ISIS in Europe as a useful way to garner public support for US and EU military involvement in Syria to overthrow Assad? We’ll leave that one up to you.

All of this also gives the lie to the scurrilous campaign of lies and disinformation waged by the US and EU governments against the Russian operation in Syria. This was a campaign that the Russians knew was coming, because U.S. “diplomats” threatened them with that very prospect (see link below)

So can we expect now that all those inveterate cretin political pundits in the US and Europe who still insist that the US and its ‘partners’ are ‘supporting democracy’ in Syria will now accept the simple and long-established truth: that for the last 15 years, the cabal of psychopaths that run the USA do exactly the opposite of what they claim to do, and that they have been waging a war OF terrorism, not a war ON terrorism?