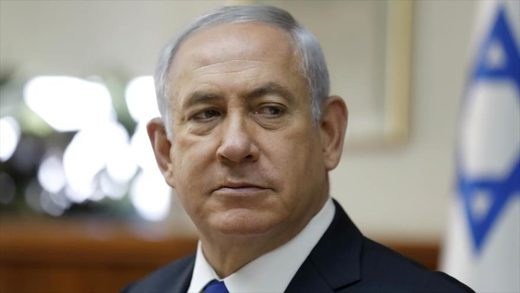 While the American media and Washington are expending substantial energy on the alleged Russian interference in the United States political theatre during the 2016 election cycle, another nation and its American promoters that invest substantially in Washington generally fly under the radar when it comes to political influence-peddling.

According to Open Secrets, the pro-Israel “industry” has made the following political contributions since 1990:

Here is how these contributions were divided along party lines:

Over the two and a half decades, Democrat candidates received $83.16 million or 62 percent of the total compared to $49.95 million or 38 percent of the total for Republican candidates. As shown on this table, while the majority of the long-term benefits have gone to the Democrats, that amount has varied from a low of 49 percent in 2006 to a high of 75 percent in 1994:

As well, the pro-Israel “industry” has ranked between 27th and 60th place in a field of more than 80 other industries when it comes to their political contribution generosity. Obviously, the pro-Israel “industry” is not a massive donor like the Securities and Investment, Real Estate and Legal industries but it is still a substantial player in Washington when it comes to “buying” political influence through political donations.
Here is a listing of the major pro-Israel sector donors during the 2016 election cycle:

Here is a graphic showing more detail on how the donations from the pro-Israel sector were split in the 2016 election cycle:

And, lest we forget, here are the individuals who benefitted the most from the pro-Israel sector’s generosity during the 2016 election cycle:

Look who appears at the top of the list – none other than Democratic candidate, Hillary Clinton! Interestingly, Donald Trump does not even appear on the list of the luckiest recipients, in fact, he receive a mere $69,730 from the pro-Israel sector as you can see on this list of presidential candidates:

Let’s look at the other side of political influencing in Washington, that of lobbying. Here is a graphic showing how much the pro-Israel sector has spent on lobbying on an annual basis since 1998:

Here are the six clients that represented the pro-Israel sector in 2013:

Not surprisingly, the American Israel Public Affairs Committee or AIPAC was responsible for the vast majority of the pro-Israel spending on getting legislators to see things Israel’s way in 2013.

Here is a list of the 23 lobbyists that represented Israel’s interests in Washington during 2016:

Of the 23 reported lobbyists, 4 or 17.4 percent are classified as “revolvers”, that is, former federal employees who are now employed as lobbyists. It’s interesting to see that at least one of the “revolvers”, Gordon Bradley, has been employed as a political analyst by the Central Intelligence Agency, and has served on the Senate Foreign Relations Committee twice prior to his employment by AIPAC in 1995. He obviously has an inside track to influencing decision-makers.

In closing, let’s switch gears for a moment. According to the Jewish Virtual Library, since 1949, U.S. foreign aid to Israel has totalled $129.808 billion with $79.823 billion of that being military aid and $30.897 being economic aid. Military aid has steadily risen from around $300 million annually in the early 1970s to $3.1 billion annually in the period between 2013 and 2017. There is no about; Washington is a big investor in Israel.
Obviously, Israel has a great deal of interest in what happens in Washington, so much so that the pro-Israel “industry” is willing to spend tens of millions of dollars to “influence” elections and lobby Congress to stay on the good side of its long-term American benefactor.But, somehow and in some way, that’s different than the allegations of Russian “influence” during the 2016 cycle.