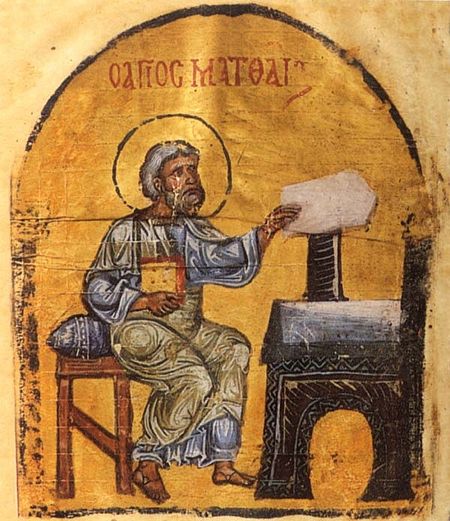 He was once a regular Jew, not stupid, not rich, friendly. But then mammon beckoned him with an imperious gesture, and he began to serve it. His life sharply changed and he became a successful outcast: His work life was looking up, but his circle of friends dwindled to his co-workers.

He was Levi at first, which means “joined.” Why did he receive such a name from his parents? Did they have some expectations connected with him? It’s not known, but he, having become a publican, chose what corresponded to this name: His whole life now boiled down to joining new money to that which he had already accumulated.

However, he was addressed with this name very rarely. He most often heard addressed to him expressions like those written on bathroom stalls. There were no hard feelings—it was all wholly deserved. Every profession has its costs; there are pluses and minuses—he understood this. He bought himself a big, new house, but his relatives broke all ties with him. Levi was not married, but he figured his great savings would help to resolve this shortcoming. Sometimes he thought life would work out, and sometimes he doubted.

Levi’s office was located on the shores of the Sea of Galilee, where fishermen gave an account of the fish they caught and paid a tax. The faces were always the same; the publican remembered them well. When two pairs of brothers—Simon and Andrew, and James and John—stopped showing up, he took notice. Later he spotted them in a crowd of people, walking behind a new preacher—Jesus.

One day, curiosity overtook Levi, and having locked his office, he also joined the sea of people. He stood on the very edge and caught only bits of phrases, but they stirred up his soul. Returning, he sat down where he worked, full of thoughts. He felt for the first time that day how painfully the conscience can burn.

For these fishermen it was easier, of course. They could always give up their nets, and always take them up again. But for a publican to try to be absent for such a long time… Well…

Then He Who appealed to the crowds, appealed to him personally: Follow Me! (Mt. 9:9), and Levi gave up being a tax collector. He became a disciple of Christ and an apostle.

A sign of sincerely-held faith is the desire to share it. An evangelist began to ripen within the apostle Matthew. He arranged a feast, calling all his publican friends. His spacious home was filled for the first time. The main dish was Christ the Bread of Life: Taste and see that the Lord is good (Ps. 33:9)!

Time passed, and the hand of the apostle Matthew, previously having counted money, was now writing the first book of the New Testament, in which he did not forget to note that one of the twelve following Christ initially followed mammon, was a despised publican, but then was healed.