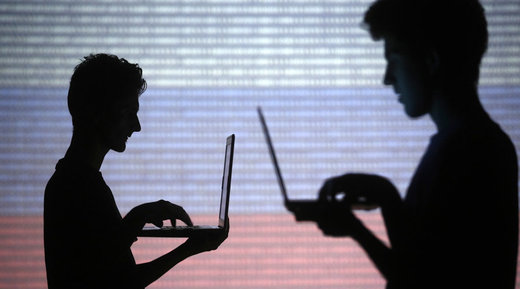 Following the revelation that ‘Russia-linked accounts’ (an extremely broad category) spent a massive £0.75 on Facebook advertisements related to the Brexit referendum in the UK, I was amused to read in the Globe and Mail this morning that ‘Privacy officials in Britain and British Columbia are investigating how a Canadian technology company may have helped sway last year’s Brexit vote.’ There I was thinking that ‘Putin dunnit’, and it turns out it was Canada! Who’d have thought it?

All the recent hype about Russian hacking, Russian ‘information warfare’, Russian internet trolls, and the like makes it sound as if the Russians pretty much dominate the internet. At the very least, if the vast number of Russia-related stories are to be believed, Russians are certainly using the internet to exercise outsized influence on world politics. Supposedly, by manipulating online news, sending out adverts on Twitter and Facebook, and generally trolling web users, they have managed, it is said, to get Donald Trump elected; swing British voters in favour of Brexit; persuade the Dutch to support a referendum aimed at blocking Ukrainian entry into the EU; sow chaos and enhance racial tensions in American society; and influence elections in Germany and France, among other things. The internet, apparently, has been thoroughly ‘weaponized’ by Russia to enormous effect.

What then are we to make of a declaration yesterday by the British Chief of the Defence Staff, Air Chief Marshal Sir Stuart Peach, that Russia could ‘catastrophically’ damage the British economy by severing underwater communiations cables and so cutting Britain off from the internet? According to the BBC, Peach ‘said Nato had prioritised the protection of the cables “in response to the threat posed by the modernisation of the Russian navy, both nuclear and conventional submarines and ships”.’ The BBC then quotes Conservative MP Rishi Sunak as saying that an attack on the underwater cables would pose an ‘existential threat to our security.’

I have a simple question for the Air Chief Marshal and Mr Sunak – ‘why would Russia want to shut down the internet?’ If there was an all-out war between Britain and Russia, then obviously destroying Britain’s communications would make sense, but short of that amazingly unlikely scenario, what would be the point? The BBC cites former NATO Supreme Allied Commander in Europe, Admiral James Stavridis as saying, ‘It is not satellites in the sky, but pipes on the ocean floor that form the backbone of the world’s economy.’ Russia is part of the world economy too. In what way would breaking that economy’s ‘backbone’ help it?

And besides, haven’t we been told again and again in recent months just how successful the Russians have been in using modern digital communications to influence the rest of the world? If that’s all true, then why would Russia want to sabotage them? Surely the Russian government wants people in Britain to be able to access its trolls’ many messages?

So what’s this all about? There’s a clue in the BBC article. It says that Peach declared that the UK needed to ‘match and understand Russian fleet modernisation,’ and then notes that, ‘Britain certainly doesn’t have enough ships, submarines and aircraft to mount a constant watch.’ And now it’s clear. This is a pitch for more money for the British military. Since the end of the Cold War, the military has struggled to find a purpose. For a while, it was to act as a ‘force for good’, changing the world for the better by bombing it. That hasn’t turned out so well in places such as Iraq, Afthanistan, and Libya. Humanitarian intervention, regime change, and the like are no longer very persuasive arguments for higher defence spending. So the military has gone back to exaggerating external dangers and hyping up the ‘existential threat’ posed by Russia. Frankly, it’s more than a little bit irresponsible.