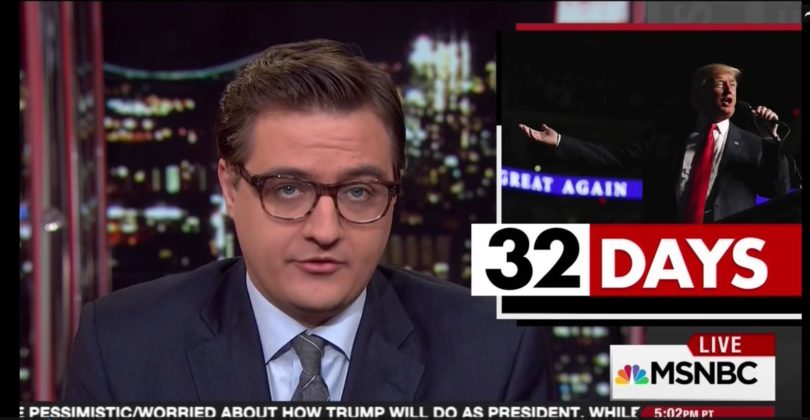 by Teodrose Fikre
The Ghion Journal

Another week, another influx of corporate media bullcrap to wade through. Where to start! Pointing out the never ending stream of garbáge that is peddled by these faux-journalists who populate the Corporate State Media is like counting the number of stars in the midnight sky. The irony of it all, the minute I cracked open my laptop to write this article, the hounds at Fox News started to yammer about the pizza wars between Papa Johns, Pizza Hut and Digiorno-this is the sad face of corporate journalism.

However, the imbecility of Fox News has nothing on to the mendacity of two stories I want to cover for this inaugural launching of “Recap of Corporate Media Bullcrap”. There are two narratives in particular that have been peddled by the partisan pundits who disguise themselves as fair minded journalists. What I want you to take away from this article, if nothing else, is that these so-called reporters and pundits employed by corporate media outlets are propagandists and professional shysters. Their quest is not truth, it is to obfuscate the truth and run interference for their partisan comrades and their corporate masters.

The first story I want to focus your attention on is this running farce of Russia interfering in last year’s elections. This is the biggest non-story that is being hyped as news that I’ve ever witnessed in my life. The fact that these corporate lackeys on all sides are “reporting” Russia trying to influence our election as some shocking development is a breathtaking act of duplicity. Breaking news! Countries always try to influence the elections and politics of other nations-it’s called geopolitics for a reason. May I suggest you “websearch” the mission statement of Voice of America when you get a minute (I’ve been sufficiently convinced by a reader to stop saying the G word and giving free ad space to the company that shall no longer be mentioned). Our government spends hundreds of millions annually to intervene in the affairs of nations around the world. Yet, the story of Russia spending $100,000 on Facebook ads has been hailed as shocking news by the criminal Corporate State Media as if the Red Army just invaded California.

Unwittingly, these corporate poodles have admitted one thing even if their intention is to distract us from the truth that our elections are no better than the elections of Uzbekistan. Russia’s ad spend is perfectly legal; this is why Twitter was asking RT News to spend hundreds of thousands of dollars to run political ads during the height of last year’s elections [read RT Offered 15% Discount by Twitter to Spend on Ads]. Citizens Unitedpaved the way for this type of corporate malfeasance and gave the go ahead for dark money to inundate our elections and political process. If Russia spent money to tilt our elections in their favor, Citizens United invited them to do exactly that. Citizens United was the last nail in the coffin of our Democracy; our elections were already a dog and pony show before the Supreme Court drowned our collective votes by allowing corporate money to snuff our Democracy.

We the people have no place to turn to seek redress; every lever of government has been commandeered by multinational corporations, including the Supreme Court. The third branch of government, at every turn, has sided with corporations over the people-the Supreme Court is a Supreme Travesty. Yet, in the annals of Supreme Court continuous miscarriages of justice, the Citizens United case stands out among the top ten of iniquities. Not only has the Supreme Court conferred person hood on Corporations using the 14th Amendment as a pretext, they have now bestowed upon corporations the honor of being super-citizens. The rest of us are now 3/5 corporations. Hubris and greed are the twin killers of empires-we are sadly witnessing the death spiral of our nation.

Instead of focusing on this most egregious act of voter nullification that the Supreme Court committed by codifying Citizens United, corporate media hacks go hunting for the salacious and outrageous. The vote of the average American was effectively wiped away by the checkbooks of billionaires; plutocrats, many of whom are not even US citizens, have more influence on our politics and policies than tax payers and voters. Goodbye 2017; hello 1775-we are now a nation being governed without representation. Think this is hyperbole? Obama came in promising hope and change only to transfer trillions of dollars to Wall Street while giving the middle finger to Main Street America. Not to be undone, Trump is now pushing tax policies that will lavish billions to the wealthy few while giving pittance to the rest of us. You can thank, in part, Citizens United for tilting the playing field to the 1% at the cost of Americans.

Yet the corporate media has nothing to say on this front. They would rather peddle the laughable idea that $100,000 in ad buys from “Russians” flipped the outcome of the elections as they ignore the combined billion dollars plus that was spent influencing (rigging) the elections last year. Can you guess where most of that billion came from? Hint hint, only a fraction of that money came from small donors. Our elections are nothing more than window dressing; candidates are pre-selected by the affluent (big money donors) and-on the outside chance that a candidate of the people actually has a chance-party insiders on both side of the isle stand ready to nullify the will of voters. See also DNC, Donna Brazile and Hillary Clinton scandal.

Which leads to the second bullcrap narrative I want to focus your attention on. Yesterday morning, a bombshell was dropped by the former DNC head Donna Brazile-that is if you consider what we knew all along to be bombshells. Brazile admitted that Hillary Clinton rigged the elections and derailed any chance Bernie Sanders had to capture the Democratic nomination. Senator Elizabeth Warren echoed this statement by saying “yes” when asked if Hillary gamed the primaries in her favor. So there you have it! Two heavy weights just admitted that Hillary Clinton hacked the election.

Let me write this again. A current Senator and a former DNC head admitted that Hillary Clinton rigged the outcome of the primary elections in her favor. Another way of saying this is that Hillary Clinton committed massive voter fraud in order to ensure victory. This story should be splashed across the headline of every newspaper and news vans should be camped out in front of Hillary’s chalet in Chappaqua at this precise moment. Instead, one “liberal” flunky after another in the Corporate State Media are looking right past this astounding revelation and pretending to be outraged about Trump.

For the record, when the average citizen commits voter fraud, it’s a felony punishable by imprisonment. When politicians and the political class commit voter fraud, it’s treated like a scandal instead of a crime that it is. This is not to excuse the banalities of Donald Trump and the fraudulence of the conservative “news” outlets; they too look right past the charlatan-in-chief and rather peddle the sensational instead of covering the institutional graft and corruption that is rampant in Washington DC. It’s all nothing but one big reality show, it is so fun to talk about Donald Trump spelling Covefefe or fawn over the style and grace of Obama instead of discussing the malicious policies of both parties. Harsh reality awaits once this reality show ends.

This concludes this week’s “Recap of Corporate Media Bullcrap”. This will be a running theme going forward where I will dedicate an article each Friday to call out the sheer baloney that is being peddled by the hacks in the Corporate State Media. I actually went back and forth on whether to call this segment “Recap of Corporate Media Bullcrap” or “Debunking Corporate Media Bunk”. I’ll end this week’s segment with an open question for Ghion Journal readers, which do you prefer? Use the comment section below to deliberate this question and posit any other instances of corporate media bullcrap you have observed on your end this week.

Let me put a bow tie on this. This week’s hackery honors goes to Chris Hayes of MSNBC, who took to Twitter to feign outrage about Trump while not mentioning once the Donna Brazile and Clinton running fiasco. The hits will keep coming folks, there are more hacks in corporate media than there are hair plugs in Donald Trump’s noxious head. As you convey your stories of corporate media bullcrap in the comment section or as you share this article, make sure to nominate a faux journalist who can get the hackery honors for next week’s segment of #CorporateMediaBullCrap