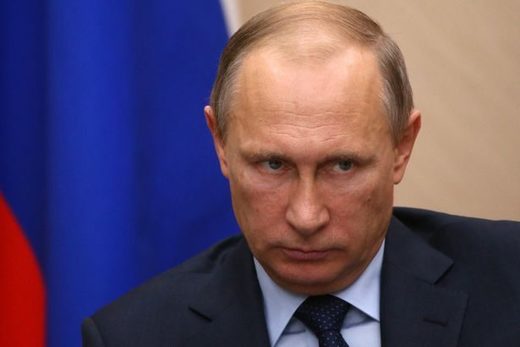 It’s a legitimate concern. America interferes in numerous elections abroad and its own, assuring dirty business as usual always wins.

On March 18, 2018, Russia’s presidential election will be held. If no candidate wins a majority, a runoff will follow on April 8.

Independent candidates must collect 300,000 signatures or more to qualify, no more than 7,500 from each Russian Federation subject, the nation’s constituent entities, 85 in all.

US federal political campaigns are endless, continuing from one electoral cycle to the next, monied interests controlling the process.

No other nations match its debauched system, lacking legitimacy, voting a waste of time.

Campaigning for Russia’s presidential election will begin around mid-December, starting with collection of signatures, registrations and nominations – to be completed by January 31, the election six weeks later, no money-controlled forever process like America’s debauched system.

On Thursday, Putin expressed concern about dark US forces attempting “to create problems with (next year’s) presidential election in Russia” – in retaliation against (nonexistent) Kremlin meddling in last year’s US presidential campaign.

If it happens, it’ll undermine the olympic movement, he stressed. Two Russian cross-country skiers were already banned, citing doping with no proof. Others may likely be targeted.

“Never has there been, nor is there now, and I hope there never will be a state system of doping support, which is an allegation that we are accused of,” said Putin.

“We are investigating and working on such cases, and will keep up with this effort,” he added.

Accusing Russia of involvement in doping its athletes may be linked to next March’s presidential election.

“This is what raises my concern,” said Putin. “The Olympic Games are due to begin in February while we will be holding presidential elections in March. There are vast suspicions that all this is being done to stoke an atmosphere necessary for someone where sports fans and athletes are disgruntled over the fact that the state is allegedly involved in breaches and it is responsible for that,” he explained.

America exerts control over the olympic movement because US corporate giants buy television rights. They advertise heavily during the games.

Washington may use them to denigrate Russia and Putin, an attempt to influence the result of next year’s presidential election.

Russians are too savvy to fall for US dirty tricks. Americans are easily manipulated because they’re the most uninformed, over-entertained people on the planet.