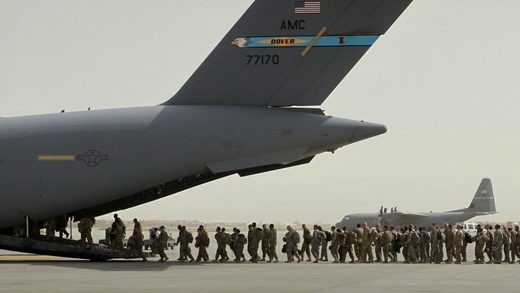 The cost of America’s global war on terror has yet to be reckoned with, and there’s a very good reason for that. By and large, the US has not been paying for all of these wars, but rather has been borrowing to pay for the conflict.

In the long run that’s going to be expensive. Paying off the war is going to mean not only paying the prices of the conflict but the massive interest accrued in borrowing the cost of those wars.

A new report suggests that just the interest on all that debt will, over the course of decades of servicing it, cost an estimated $8 trillion. So far, they say, the US has paid $534 billion in overseas contingency operations interest.

And that’s just the debt already accrued. America’s assorted wars show no sign of ending, and indeed the Pentagon has been pretty clear about the US deployment in Iraq being a permanent thing.

When the government talks about the “cost” of the terror war, they generally limit their reckoning to specific costs of overseas operations. Yet decades of veteran costs will doubtless dwarf that, and the interest on top of it will swell final costs to even higher levels.

The question of whether America can afford all of this, of course, was never addressed in the first place. Indeed, with so little of the cost being paid at all, the expectation seems to be that they’ll just keep borrowing.