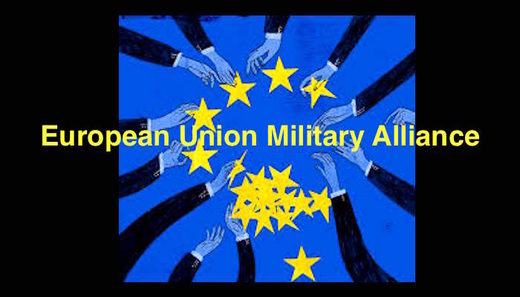 The EU has moved a step closer towards having a joint military force by signing an agreement on a permanent command structure. PESCO, or Permanent Structured Cooperation, was signed by 23 members of the 28-strong European Union on Monday.

EU foreign policy chief Federica Mogherini supported the move, hailing it as an “historic moment.” Backed by a €5-billion ($6.5-billion) EU defense fund, PESCO “will enable member states to use the economy of scale of Europe and in this manner to fulfil the gap of output that we have.”

The agreement signed by 23 defense ministers in Brussels will come into force in December, after which members will be legally bound to participate in projects under PESCO.

Work on the agreement started last year amid uncertainty over the UK’s decision to withdraw from the European Union, and US President Donald Trump’s continued criticism of European NATO members for failing to deliver on defense-spending commitments.

European heavyweights Germany and France are leading the effort to bring the EU closer to having a permanent joint armed force. The UK, which has been opposing a pan-European military force for decades, is not part of the agreement. Denmark, Ireland, Portugal, and Malta opted out; while Austria, not a member of NATO, agreed to join at the last moment.

PESCO is touted as a path to boost the efficiency of the European military by eliminating redundancies, streamlining defense acquisitions, and boosting logistics through a network of hubs spread across the continent. It is also intended to establish joint training of military officers. NATO’s attempt to reform the contribution of European allies goes along similar lines.

According to Reuters, Germany and France were in disagreement over the future role for a joint European military force, with Paris advocating for a more exclusive and capable defense club with potential for overseas deployments. Berlin, which championed a more inclusive approach, apparently prevailed with its vision.

Unlike some other efforts in Europe to consolidate their military, PESCO is not being opposed by NATO, which says it will make the militaries of European members stronger.

How the future pan-European military would be used is yet to be seen. However, the EU may be preparing for a possible significant instability affecting some of its members, suggested geostrategic expert Konstantin Sokolov.

“In a scenario of social disruption in a country, its police force becomes unreliable because it is staffed by regular citizens, who have local families and friends and may not support the government policies. They are affected by the turmoil,” he told RT. “But an international force would just follow orders and are less impacted by the sentiment in the local population.”